Skip to content
Share This
By: Elijah Ugani.
Will my party PDP, learn it lesson from the Abi/Yakurr Federal constituency rerun?
The People’s Democratic Party PDP, in cross river state has lost trajectory with the basic principle of participatory democracy lately.
Democracy in its simplest understanding being the government of the people, by the people and for the people demands that the processes leading to the emergence of flag bearers should be seen to be participatory, be it primaries or consensus.
Regrettably, what we now have as opposed to known laws and acts is hand picking, which will soon become a reference point as our norm.
This classical departure from the ideal is spelling doom for us as a party. Pride will not allow us to come to terms with this all important reality.
The Abi/Yakurr federal constituency permutation is still fresh in our memories and should be seen as a model for future permutations.
The PDP handed over it flag to an unpopular candidate and thought that it was going to be a work over, no doubt that the candidate was the Speaker of the 8th Cross River Assembly, but lacked the pedigree  to contest election the Alex Egbonna we all know. Unpopular here I mean having an unequal pedestal when placed side by side in all facets of life with his contender,, especially previous antecedents.
While the main opposition party, the APC desirous of winning the election, insisted on a candidate with the convincing credibility and potentials to win election, and so it was.
Today another history is to be made as we are all students of history, there is no gain saying the love and concentration the governor has for Yala local government area is unmatched.
This is evident as the governor while in the senate had more constituency projects in Yala more than other local government areas in the north.
Today, yala occupies prominent positions in the Ayade government as governor. I insist and have no intention to win your sympathy that the ticket that was given to the late Sen Rose Oko as compensation to forth her medical bills was a great disservice to the people of northern senatorial district.
My attention was drawn to my position against returning the senate to Yala by some prominent stakeholders who served the state meritoriously in the previous administration, specifically in Sen. Liyel Imoke government, the made reference to the precedence of the late spouses replacing their husbands in the 8th Cross River State House of Assembly which according to them has form a reference point and has come to stay, which should also be applicable to Yala, that Yala should be allowed to complete the tenure. This is what our system has been reduced to. We won’t allow people to abuse our sensibility!
Where are the late senator’s children, family members to replace her in line with the archaic and Mundane political precedence set for us!
The APC is busy shopping for a candidate with  track records that dates back to the return of democracy, that will have the acceptance of even members of the PDP, the leadership of PDP is busy planning to impose a preferred choice.
It is however interesting to note that changing strategy is apt if we must stay tune and up to date with developmental trends, it however demands of us to adopt the best model.
The days ahead are very interesting!
#Note
All those jumping to speak and attack my opinion here in support of this abnormality does so because of what they gaining from the leadership of the party, they can’t be more PDP than us. They are paid salaries, maybe for attacking people with contrary opinions.
We are the very people with genuine interest for the party! Working for the party at all levels winning elections for the party at our pulling units but relegated and stigmatized after the election.
Elijah Ugani is a
Development Consultant
Writer/Publisher
Public/Motivational Speaker
Public Affairs Analyst/Commentator
He writes from Calabar.

Wed Apr 29 , 2020
Share ThisBy: Emmanuel Ulayi. In a bid to support the State government in the fight against coronavirus, Stipper Nigeria Ltd has donated 100 bags of 25kg to the government of Cross River state. Speaking during the donations, the Project manager of Skipper Nigeria Ltd, Engineer Tyson disclosed that the 100 […] 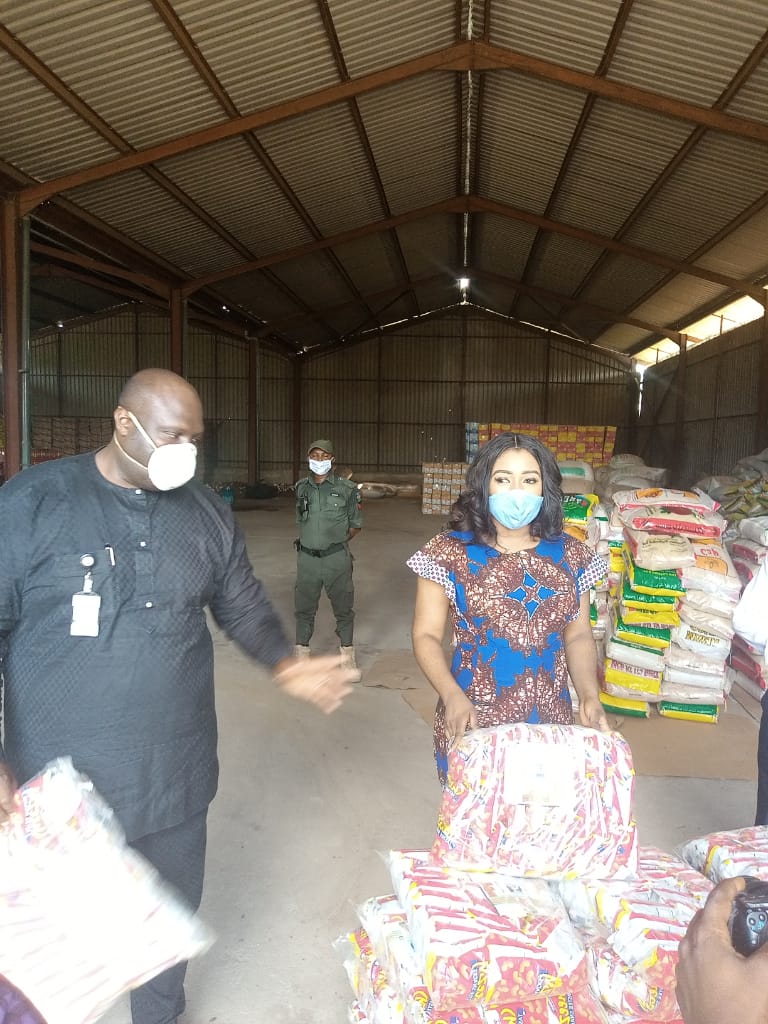