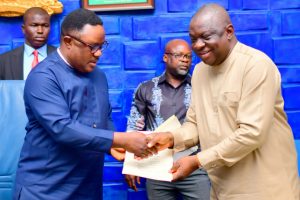 Christened “Quantum Infinitum,” the budget has the sum of N330.235 billion.

The signing ceremony which was held at the State Executive Council Chamber, had the Deputy Governor, Professor Evara Esu, the State’s Assembly Speaker, Eteng William Jones and other top government functionaries in attendance.

Speaking at the event, the governor said he recognises the absolute appropriation powers of the legislature, hence he was signing the budget for the good of the state.

According to him, “for the peace and love of Cross River state, the harmony that exists between the House and the Executive and as a mark of respect for the power of appropriation that lies with the house, I hereby sign the 2023 appropriation bill into law, a budget otherwise christened Quantum Infinitum for the sum of three hundred and thirty billion, two hundred and thirty-five million Naira.

The Governor explained that the budget which is his last as Governor, will enable his government to undertake some of the people-centered social welfare policies of his government within his remaining months in office such as the conditional cash transfer.

Earlier, the Speaker expressed gratitude to his colleagues for working assiduously to see that work on the budget was completed in record time.

He commended the governor for the harmonious working relationship existing between the Executive and the legislature.

While presenting the budget to the House in October, Ayade had stressed that “31 per cent of the budget is for recurrent expenditure, which is N130 billion, while capital expenditure is taking 69 per cent, and that is N200 billion to kinetically crystalise projects.

“The 31 per cent is for payment of salaries, gratuities, pensions and everything that will address issues of extreme poverty and criminality, creating a Cross River that is sane, which is the primary purpose of government. The budget will help my people survive during this difficult transition.”

According to the governor, 69 per cent of the budget is intended to complete outstanding projects under his administration.

Sat Dec 31 , 2022
Share This By: Grace USHORNYE. Cross River State Commissioner for International Development Cooperation, Obonganwan Dr Inyang Asibong over the holidays, celebrated Christmas with constituents of Calabar South Local Government Area and stakeholders of the All Progressives Congress (APC) in her country home. This is in continuation of the yearly Christmas […] 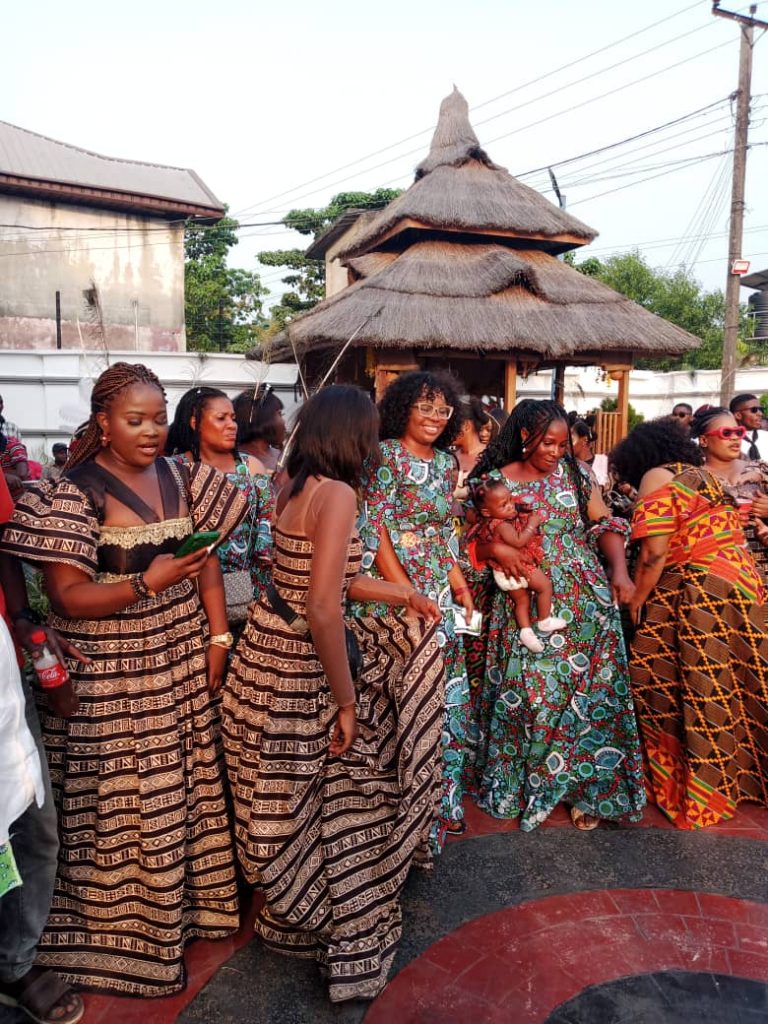