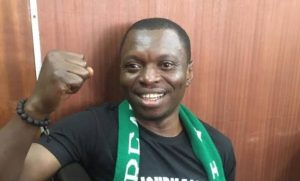 It is left with 75 days to the general elections and 167 days to the end of this present administration in Cross River State and the rest of Nigeria.
After about eight years in power, it is important that we continue to remind our governor, Senator Ben Ayade, of the many promises he gave to Cross Riverians and continues to dish out even as his days in office wear out.
Cross River has 18 LGAs. I attempted to move round the 18 to give you update on the state of governor Ayade’s projects in all. I will not lie about anyone of them and I am still challenging any of his aides to call me out of I do. If the reader isn’t satisfied, you can as well go and verify….
*1. Bakassi LGA.*
a. _Deep Sea Port_ : It is not working. We can’t even say work actually started there other than dredging.
b. _IDP Resettlement Estate:_ 52 two bedroom apartments were built for over 3000 internally displaced persons. It’s a ghost town now. Only hoodlums live there.
c. _Military Biscuit Manufacturing_ : It never started.
*2. Akpabuyo LGA:*
Not much was planned for the LGA because it is contiguous to Bakassi and the spill over from the other projects in Bakassi particularly the Seaport, was expected to balance up. However they were majorly affected by the initial activities around the construction of the super highway.
*3. Calabar South LGA:*
???????
*4. Calabar Municipal LGA:*
a. _Fabrication Academy:_ Nothing has come out of there.
b. _Garment Factory:_  After over six years of establishment, they don’t have a single product in any market, not even in Calabar. Not even a handkerchief.
c. _Calachika_ : They are producing but selling only at the factory. There are no hatcheries to meet the carrying capacity of the factory. Planning wasn’t well thought out.
d. _Feeds and Fertilizer Plant_ : There are equipments inside but it is not functioning.
e. _23 Megawatt Power Plant:_ It is not working. They claim the State lack infrastructure for evacuation and transmission.
f. _Kisime Noddles:_ It is not working. They claim they are waiting for NAFDAC certification.
g. _Calapharm_ : It is not working. They claim the pharmaceutical factory is undergoing remodelling to meet WHO specification.
h. _Calas Vegas City:_ It is abandoned.
*5. Odukpani LGA:*
a. _Spaghetti Flyover:_  It remains uncompleted after 5 years.
b. _Tinapa 26 Megawatts Power Plant_:  It remains uncompleted till date.
c. _Banana Plantation and Processing Factory:_ It’s over grown with grasses now after plantation cost was put at N12billion.
*6. Akamkpa LGA:*
a. _Piles, Poles and Pylon Factory_ : It is not working. Though government officials say it is. They don’t have any product in the market.
b. _Hide and Leather Processing Factory:_  Still in the pipeline. No one even knows the location in Akamkpa.
*7. Biase LGA:*
a. _Teachers Training Institute:_  There is a primary school section inside the school. That one has started. The institute is still not working.
*8. Obubra LGA:*
a. _Cassava Processing Factory_ : The place is abandoned.
b. _Feed Mill and Soya Beans Farm in Ochon:_ Project abandoned.
*9. Yakurr LGA:*
a. _Ekori Toothpick Factory:_ It’s under lock and key for over two years now.
*10. Abi LGA:*
???????
*11. Ikom LGA:*
a. _Cocoa Processing Factory:_  Completed but still not working.
*12. Etung LGA:*
a. _Reference Hospital:_ Project abandoned.
*13. Boki LGA:*
a. _Centicourt City_ : Project abandoned and buried.
*14. Ogoja LGA:*
a. _Roofing Sheet And Tiles Producing Factory:_ Abandoned. Not working.
b. _Ultra Modern Rice Mill_ : Completed but still not working.
*15. Yala LGA:*
a. _Cotton Processing Factory:_  Abandoned. Not working.
b. _Solar Panel Production And Assembly Factory:_ Abandoned and buried project.
c. _Tomato And Pepper Cultivation And Production Factory:_ Abandoned and forgotten project.
*16. Bekwarra LGA:*
a. _12000litre/per Hour Groundnut Processing Factory:_ It is not working.
*17. Obudu LGA:*
a. _Airport_ – Not working.
b. _German Hospital_ : Not working.
c. _Canadian school_ : Not working.
d. _Mobile Police Barracks_ : Not yet working.
e. _Obudu Independent Power Project_ : Abandoned and buried.
f. _Norticourt/Nostradam City:_ Project abandoned and buried.
g. _Ethanol Processing Factory:_ Project abandoned.
*18. Obanliku LGA:*
a. _Social Housing Estate_ : Project abandoned.
b. _Amunga International Resort_ : Project abandoned.
*Others:*
1. _Microfinance Bank_ : Till date, no banking is going on in that place. It is because of this bank that I was arrested and jailed.
2. _Cally Fishing Trawler And Company:_  Abandoned project.
3. _Petrocross_ : Abandoned project.
4. _King Grass Cultivation for herders and farmers_  Abandoned project.
5. _Aerotropolis City_ : Abandoned project.
6. _CallyAir_ : Till date, there is no Airline Operators Licence AOC, for CallyAir. So officially, there is no airline known as CallyAir.
7. _AyadeCare Insurance Scheme:_ I don’t know anyone who is a beneficiary. Not even in government.
8. _AyadeCare Specialist Hospitals In All Three Senatorial Districts_ : They did a ground breaking ceremony for one and that was all about that.
9. _Two Megawatts Power Plants in All 18 LGAs_ : It was just a pipe dream.
10. _Drones To Fly Essential Drugs To Hard To Reach Areas:_  They say the Ghanaian company is still manufacturing the drones till now.
11. _Calapiano, The Peculiar Sound of Cross River:_ Maybe it was just a brain wave.
12. _Cross River SuperHighway_ : Project abandoned.
There are more but let me stop there first.
Now, is the kind of leader who piloted this sort of woeful assignment deserving of any further task? Is he still deserving of taking control of public money?
I will continue to ask these questions till the days are over.
Yours sincerely,
Citizen Agba Jalingo.

Tue Dec 13 , 2022
Share ThisBy: Grace USHORNYE. The Cross River State government and the United Nations Sustainable Development Partnership Framework (UNSDPF) are committed to a partnership under a fully-fledged Delivering as One (DaO) for the implementation of UN policy programs in the state. This collaborative effort will contribute essentially to the achievement of […] 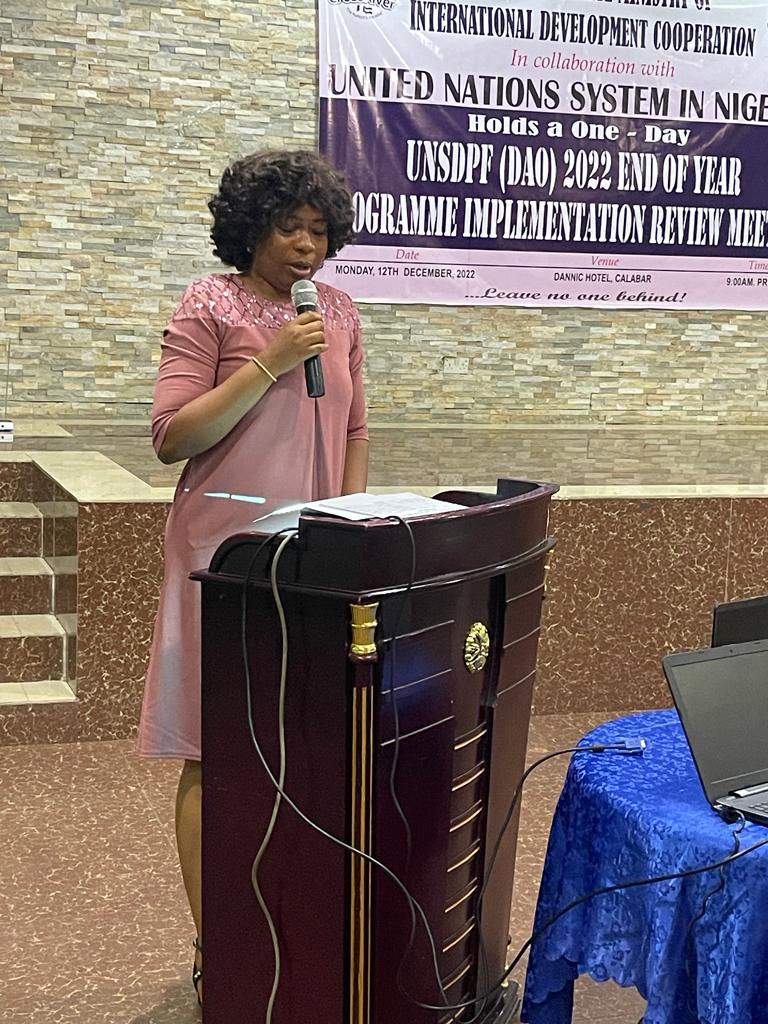