Populism in it’s most basic definition is simply, a political approach that strives to appeal to ordinary people who feel that their concerns are disregarded by established elite groups. That seem to be the favorite path for governor Ayade as his days in office pans into the very last lap.

Having self evidently accepted his outright failure to meet his own onset signature promises, he has resorted to ad-hoc populism in a desperate bid to hoodwink the people and prolong his days on public expense. He is sinking boreholes. He is naming almost everyone in the northern senatorial district an appointee, he is announcing sham employments, he is also fixing solar street lights, he is doing medical outreach. In 178 remaining days out of 2922 days that he had.

But let’s attempt to dissect some of those steps:

Governor Ayade is not a lawmaker or LGA chair or a cabinet member. He is the governor. With enormous powers and budget to initiate and execute high impact projects but as far as Cross River State is concerned, records show clearly that it is the failure of the Ayade Government to build on the success our State had already achieved in the supply of clean potable water, that has necessitated the intervention with boreholes.

Successive administrations in our State have taken the critical issue of water supply as a top priority with a broad and sustainable vision of taking more grounds every year to penetrate the hinterlands with clean water, but that graph began to nosedive under Governor Ayade.

Going down memory lane, by late 1999, Cross River State Government secured over $141 million, from the African Development Bank (AfDB), for the construction of an urban water supply system for Calabar, the State capital and by 2001, Calabar residents got their first public water supply; homes in the State capital began receiving reticulated pipe borne water supplied purely at commercial rates, many years after the over 100-year old colonial water system in Calabar had packed up.

From the State Water Board records, as at 2007, only about 600,000 people in the urban and semi-urban communities in Cross River state had access to potable water. Six years after, by Q4 of 2013, over 1.2 million people had access to clean potable water in Cross River according to World Bank. The success story of the World Bank assisted Calabar water scheme then became a benchmark for PPP projects, not only in Nigeria, but in the West African sub-region.

The Federal Government on Wednesday 14th August 2012, at a meeting of the Federal Executive Council (FEC) presided over by President Goodluck Jonathan, also approved the contract sum of N1.165 billion for the rehabilitation of Obudu dam, with a storage capacity of 1.25 million cubic meters, to Consolidated Construction Limited CCL. This has been abandoned.

In another development, the World Bank in collaboration with the Ministry of Water Resources and the Cross River State Water Board Limited, CRSWBL contracted Lilleker Brothers Limited, LBL to construct a water treatment plant and reticulation channels from the dam to neighboring communities. This was also abandoned.

The vital take away is that, on the whole, the sustainable supply of clean pipe borne water to metered homes has been the long term vision of successive governments in our State not boreholes. Our Governors have always explored better options that worked. Today, Kakum, Ayade’s village doesn’t have potable water after eight years in office. They didn’t even have a borehole until the UN office on Amnesty and Small Arms, sank one borehole in Kakum. Even the premises of the Cross River State Water Board, under Ayade, does not have water supply and any time they manage to get diesel to pump water for the public, what comes from the pipes looks more like diesel than water. It is that failure of his government to build on the success which had become a world bank example, that is now forcing him to join legislators and NGOs in sinking boreholes.

I have said it repeatedly that it is no longer appointments. It has become a social security scheme for every Tom, Dick and Harry. Even those closest to him are ashamed and embarrassed. But in the end, people will get whatever they can out of him, that’s if they are paid, and still vote him out of the Senate race.

At the last count, Ayade’s government announced over 10 recruitments and promotions, including nurses, doctors, teachers and enlistment into LGAs, that were all sham. Each time elections are coming, he uses employment scams to keep voters busy. He goes as far as issuing them letters of employment sometimes and just after the elections, that is the end. Many are still calling yours sincerely to add a voice and draw attention to their negligence.

On record, Governor Ayade has signed at least 10 power generation agreements in his eight years in office. He started some power projects too. None is working. He even started a failed diesel generator powered independent power project in Obudu. The condemned generators are packed at a location along the ranch road. These failures are what occasioned the intervention by concerned persons with solar street lights. There wouldn’t have been any need for the solar street lights if his signature he signed on those power generation MoUs was worth anything. He has also joined those who are intervening because he failed. It’s a shame.

After eight years on the saddle, a governor is returning home with a few medics for two days medical outreach. Are you an NGO, a philanthropist or a federal legislator on constituency tour? Even me, Agba Jalingo, can do that, yet I am not governor. Why can’t the Obudu German hospital become fully functional under your tenure? I hear the government is doing recruitment for the hospital but my mind tells me it’s still a sham because the hospital has been sold.

That’s the man that wants to return to the Senate to represent Cross River North. It is not in our nature to dash opportunities to failures. Governor Ayade truly needs a break from public money. He needs to stand by the sidelines and look from the stands. He needs some time off to reflect on his failures and successes in public office, if any. It’s necessary for his mental health. If we love him, that is the right place to lead him unto. This is my appeal to Cross River North and this opinion is strictly mine.

DR LINDA AYADE FLAG-OFF 2ND ROUND OF MATERNAL NEWBORN AND CHILD HEALTH WEEK IN CALABAR, AS EXERCISE GOES ON SIMULTANEOUSLY ACROSS THE 18, LOCAL GOVT AREAS.

Fri Dec 2 , 2022
Share This  By: Admin. Her Excellency Dr. (Mrs.) Linda Ayade, officially Flag-Off the Maternal Newborn and Child Health Week Round 2, today at the Primary Health Centre, Ikot Omin, 8 Miles in Calabar, under the auspices of the Cross River State Primary Health Care Development Agency, in collaboration with the […] 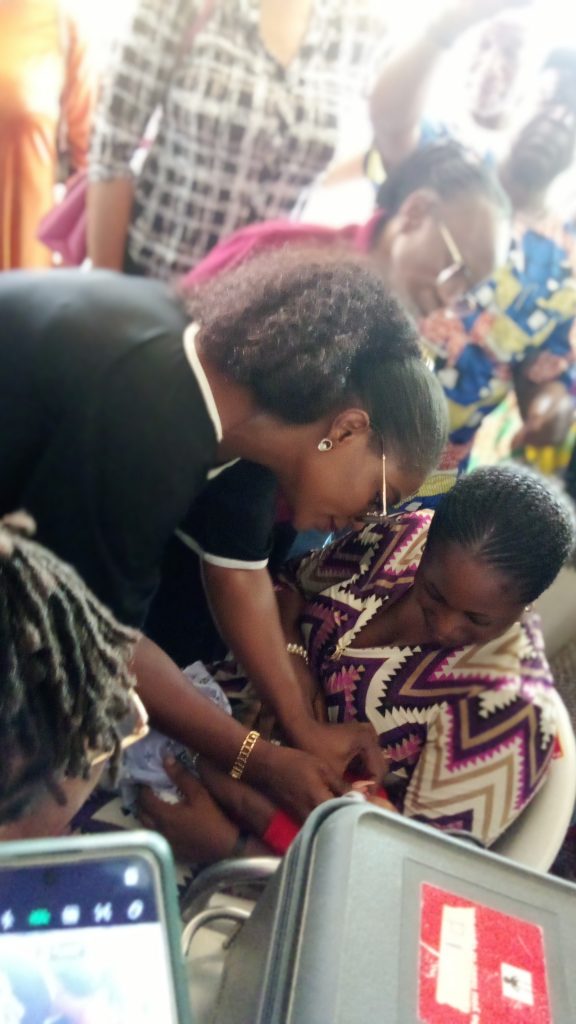