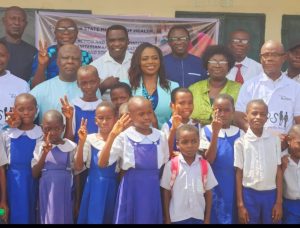 The Cross River State Government in collaboration with Evidence Action and Federal Ministry of Humanitarian Affairs, Disaster Management and social development has flagged off the School based deworming campaign against Soil transmitted helminths, targeting over 800,000 children between the ages of 5 and 14years in the state as part of the 2022 school based deworming exercise.

Director General of the Cross River State Primary Healthcare Development Agency, Dr Janet Ekpenyong who flagged off the exercise on behalf of the State Government said attaining zero Neglected Tropical Disease is a work in progress as the state is keen to getting all eligible children dewormed during the time frame

She said the deworming exercise is a top notch strategic approach towards improving the health of children across the state , which will help advance chances of reducing malnutrition and promote total immunization against STH and prevent stunting.

“To prevent worm infestation affecting our children, we must deworm them at least once in every six months bearing in mind the quality of food they eat and where they eat these foods” 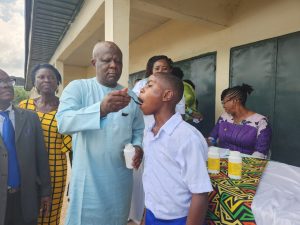 She said the program performance benchmark of 100% coverage across the state is attainable if all partners and stakeholders collaborates and assist health workers in identifying children within the age bracket targeted.

“It’s our responsibility to protect our children, the provision of quality healthcare for all our children is sacrosanct and with worm infestation being one of the most dangerous parasites in our systems, which hinders growth, Causes anaemia and causes malnutrition due to malabsorption of nutrients, there’s need to launch a holistic approach towards preventing STH, by ensuring we act proactively by deworming our children.

She also informed them that the state is also embarking on maternal newborn and child health week, which is an opportunity to ensure routine immunization against all childhood killer diseases side by side this rapid response among which includes administration of vitamin A supplement for children, deworming, screening for malnutrition, iron folate administration for pregnant women among others .

Permanent Secretary, Cross River State Ministry of Health, Dr Iwara Iwara in his response said the out of school children in the state and nationally is a thing of concern stating that home grown feeding Program as well as the deworming exercise will help check the health and nutrition factors keeping children out of school. He applauded the government for prioritizing the program and it’s sustianance over the years.

Representative of the Honourable Minister Mr Aliyu Sula Stated that the Federal Government in the past months have invested much resources towards the insurance of good quality feeding program for children in primary and junior secondary schools to compulsorily bring a halt the the growing malnutrition indices in the country.

He said the ongoing mass deworming exercise will help augment state governments efforts in ensuring a healthier category of young children which will in turn reduce out of school children nationally.

Also speaking, the state program manager Neglected Tropical Disease, reiterated Government commitment to ensure the targeted children are reached and Cross River is at the verge of reducing the the number of NTDs in the state.

Representative of Evidence Action, outlined all their support to the state and reiterated their commitment to continue to support the state achieve a NTD free state.

Other representatives from the Cross River State Ministry of Education and State Secondary Education Board assured the health team of their support and collaborations towards the smooth running of the campaign by encouraging children and their parents to benefit from the week long exercise.

The exercise is expected to be held simultaneously across the state in schools.

C'RIVER 2023: WE ARE FOR YOU, IKO ESSAI PEOPLE OF AKAMKPA 1, ASSURES APC CANDIDATES FROM SOUTH.

Mon Nov 21 , 2022
Share ThisBy: Admin. The people of Iko Essai Ward of Akamkpa 1 State Constituency have assured all APC Candidates running Elections of their support and votes in next year’s general Elections.   This pronouncement was made during the visit of APC Candidates for Senate, Asuquo Ekpenyong, House of Reps, Onun […] 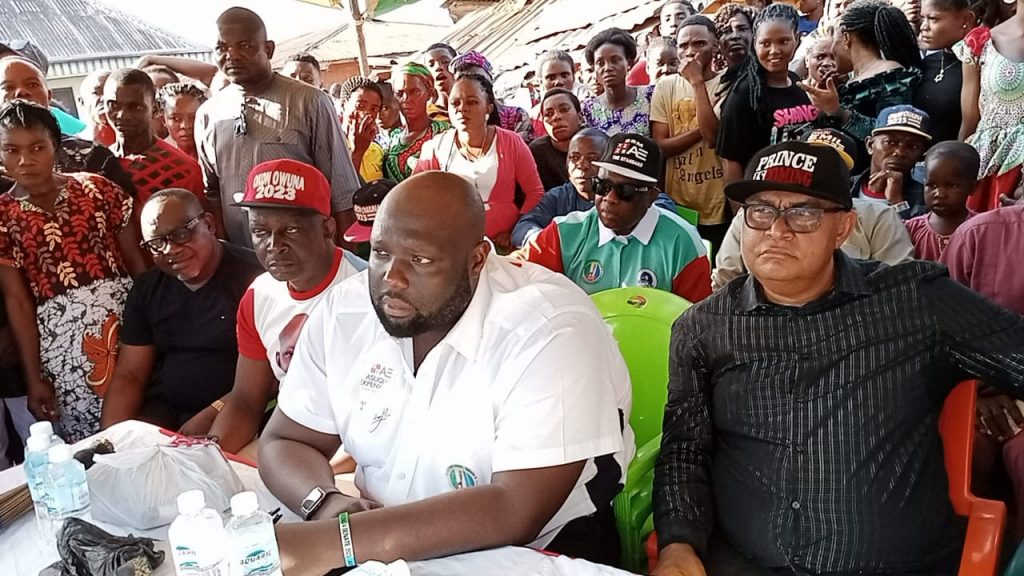