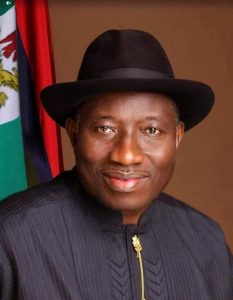 Today, Sunday, November 20, 2022, former President Dr. Goodluck Ebele Jonathan turned 65. You would expect that on a day like this, Dr. Jonathan would be at a big party in a swanky location, popping the choicest champagne and clinking gold-trimmed glasses while throating cheers with his friends and numerous well-wishers, to celebrate this significant milestone.

There, spirited prayers and encomiums would deservedly be poured out freely, in adulation and appreciation of his very considerable achievements.

Such would have been the choice of many who have attained his level of prominence, class and power.

But President Jonathan usually would do it his way, without the usual spectacle and fanfare. For him, it is always one of two things: he would either be in his country home in Otuoke, a tranquil community in the wetlands of Bayelsa state surrounded by family and few friends or spend the day in an unsung but unpretentious grind, doing stuff that would benefit the rest of humanity. This year he has chosen the later.

If you are opportune to access this piece before noon on this auspicious day, you might just be reading it when Dr. Jonathan would be airborne, well out of our shores, on his way to Abidjan where he is billed to chair a sub-regional meeting of statesmen and senior citizens who will be brainstorming on the challenging socio-political environment and leadership question in West Africa.

He will be spending the day with fellow West African former Presidents and other distinguished leaders who are members of the West African Elders Forum, a project of the Goodluck Jonathan Foundation. Since leaving office in 2015, Dr. Jonathan has transferred his enormous goodwill and efforts at transforming the lives of the people to the works of the Foundation, a pro-peace and good governance initiative which he conceived and dedicated to preserving and upholding democratic principles, for the peace and prosperity of African nations.

Since he left office on May 29, 2015, Jonathan has remained an international hot property and foremost go-to personality on the global engagements list. Since then, he has won numerous awards, spoken at many A-list international events, led election observer missions to many countries and currently heads peace missions to many countries on the continent.

President Jonathan is one politician whose genial humanity has always guided him to toe the path of altriusm and do good. The few remaining clan of his detractors may openly hold a contrary view but they know deep in their hearts that President Jonathan’s five years in office and all that he achieved truly reflected his amazing persona; a selfless approach to governance, drive to fix a broken nation and passion to improve the lives of the people.

Jonathan picked up a nation in need of stability, and, to prepare it for progress, he first laid the foundation for love, peace, unity and national cohesion before establishing standard democratic values for which he received commendation from the United Nations (UN).

It is against this background that he introduced a Transformation Agenda with which he repositioned Nigeria for unprecedented economic growth. Under Jonathan Nigeria became the largest economy in Africa with a GDP of over half a trillion dollars, attracted the highest foreign direct investment (FDIs) in Africa and kept inflationary pressure at single digit.

The Transformation Agenda of his administration was truly designed to reposition Nigeria for greatness. You could gauge his true intentions from the choice of his team members. Driven only by the desire for results, Jonathan assembled world-beaters with proven capacity and competence, to head different ministries, department and agencies (MDAs) of government. Most of the people he recruited as ministers got there on the strength of their personal records of achievement, some of whom he never previously met. They included Dr. Ngozi Okonjo-Iweala, Dr. Akinwumi Adesina, Dr Olusegun Aganga, Dr Omobola Johnson, and Professor Muhammad Ali Pate.

In his determination to get the best hands from all over the country, the President went beyond convention and devised a more practically-oriented headhunting strategy. For some categories of professionals, he directly recruited them without recourse to referrals, after spotting them himself and covertly following their work and performance. Dr. Sam Amadi, a renowned scholar and associate professor of law, who headed Nigerian Electricity Regulatory Commission (NERC) was one of such. The president first spotted ‘the young man’ on television, and quietly checked him out by following his contributions and perspectives on national issues. Satisfied with his performance, he subsequently got the appropriate agencies to check his records, before making the move to bring him on board.

At the end of the day, his strategy of engaging the best hands, pursuing people-oriented policies and strengthening government institutions paid off with marked improvement in the lives of the people.

Some of his soar-away achievements included improved roads and rail infrastructure, revamping of the social sectors and increased agricultural production, which improved the nation’s rating in food security and lifted many out of poverty by reducing hunger. By building 165 almajiri schools, establishing 12 additional federal universities and three specialized universities, and introducing the Presidential Special Scholarship for Innovation and Development (PRESSID), the Jonathan administration aimed to expand access to education, and improve the nation’s technological know-how.

One very significant achievement worth singling out was the Nigerian content Act which Dr. Jonathan signed into law in 2010 to boost the hold and proficiency of Nigerians in the nation’s oil and gas sector. Otherwise known as the local content policy, the measure designed to address the challenge of insufficient value addition in the extractive industry has greatly facilitated the development of indigenous capacity and capability, especially in the oil and gas sub-sector.

The success Dr. Jonathan is recording today in promoting peace and deepening democracy in many African nations, is simply a continuation of the giant strides he made while in office. As President, he worked assiduously with his fellow Heads of State in the ECOWAS sub-region to resolve socio-political crises in many countries including Cote d’Ivoire, Niger, Guinea Bissau, Mali, Liberia, Sierra Leone, Benin Republic, Burkina Faso and Togo. Under him Nigeria was nominated twice in five years to serve in the United Nations Security Council, a feat hardly achieved by non-permanent members of the Security Council.

Five years ago, when Dr. Jonathan turned 60 I had described him as a true democrat and selfless leader whose life casts on the public space a bright ray of light that illuminates the dark recesses of the nation’s murky and divisive politicking. I wrote then that the “echoes of the now iconic aphorism ‘my political ambition is not worth the blood of any Nigerian’, backed by a rare courage in statesmanship has become the clarion call for responsible citizenship and patriotism in Africa.”

Perhaps, that call rings louder now that our politicking has become more tenuous, bogged down by unprecedented friction, bigotry and prebendalism in politicking.

When in 2015 Nigerians demanded and got a change of government, Dr. Jonathan easily reached out to his successor to congratulate him, wholeheartedly thanked Nigerians for the opportunity to serve them and gladly moved on without a whiff of grudge and bitterness in his heart.

Not a man to take refuge in extended inertia, Dr. Jonathan had four months after leaving office dispatched letters to friends and close associates including Nigeria’s former heads of state, African leaders, foreign missions in Nigeria as well as other international figures announcing his decision to return to work. In the letter, he had said: “On Friday, 29th May, 2015; I completed my term of office as the President of the Federal Republic of Nigeria and successfully handed over government to President Muhammadu Buhari. I immediately proceeded on a long deserved break; I have enjoyed a delightful time with my family and close friends. Now, well rested, I am back to work; to continue to serve and dedicate my life towards promoting peace and prosperity for all.”

Since then, the former President has not relented, applying himself to a more nuanced call of service. He has even done more now to promote democracy, peace and good governance across West Africa than ever before, with a zeal, pace and scope yet to be matched by any other former leader.

His hands are indeed full. Dr. Jonathan is the Chairman of the Goodluck Jonathan Foundation, Convener of the West African Elders Forum, Chairman of ECOWAS Council of the Wise, Chairperson of the African Chapter of the International Summit Council for Peace (ISCP) as well as ECOWAS Special Envoy to Mali.

In 2021, he was invited by the Government and people of The Gambia to help the country galvanize a consensus on the draft of a proposed new constitution, especially after the process got stalled in The Gambian parliament. Similarly, in the same year, he was invited by the President of the Republic of South Sudan to help the country provide a direction for the implementation of a peace process signed by all the factions to bring stability to the young central African nation. Former President Jonathan has continued to apply himself to these and other assignments including routinely leading international observer missions to observe elections in many African countries.

Ditto for many of his former ministers and appointees who today are at the commanding heights of global agencies across the world, either occupying key professorial chairs at Ivy League institutions or heading many organization like the World Trade Organisations, the African Development Bank, the Global Alliance for Affordable Internet, while another is currently Global Director for Health, Nutrition and Population at the World Bank Group.

At the beginning of the Buhari administration, opinions were divided within members of the government on President Jonathan’s performance and his place in history. However, today, in the twilight of the Buhari administration there seems to be unanimity of thought and opinion on Jonathan’s considerable performance and significant achievement in office.

Even those who despised, demonised and derided Jonathan and his ministers are now singing his praise for his good works, rare display of patriotism, selflessness and love for country. Last month, President Muhammadu Buhari, supported by senior members of his government, in an elaborate ceremony at the State House, conferred awards of excellence on Jonathan and many of his former ministers.

For whatever it is worth, such endorsement from a succeeding administration to its predecessor, both rooted in different political parties and orientation, bears a far-reaching symbolism. It will encourage President Jonathan to continue with his good works for his country and humanity. With that and many other awards and recognitions coming his way, President Jonathan is, at 65, further energized to continue his crusade for peace, democracy and good governance in Africa.

Mon Nov 21 , 2022
Share ThisBy: ENEJI, Simon Ushie. The Cross River State Government in collaboration with Evidence Action and Federal Ministry of Humanitarian Affairs, Disaster Management and social development has flagged off the School based deworming campaign against Soil transmitted helminths, targeting over 800,000 children between the ages of 5 and 14years in […] 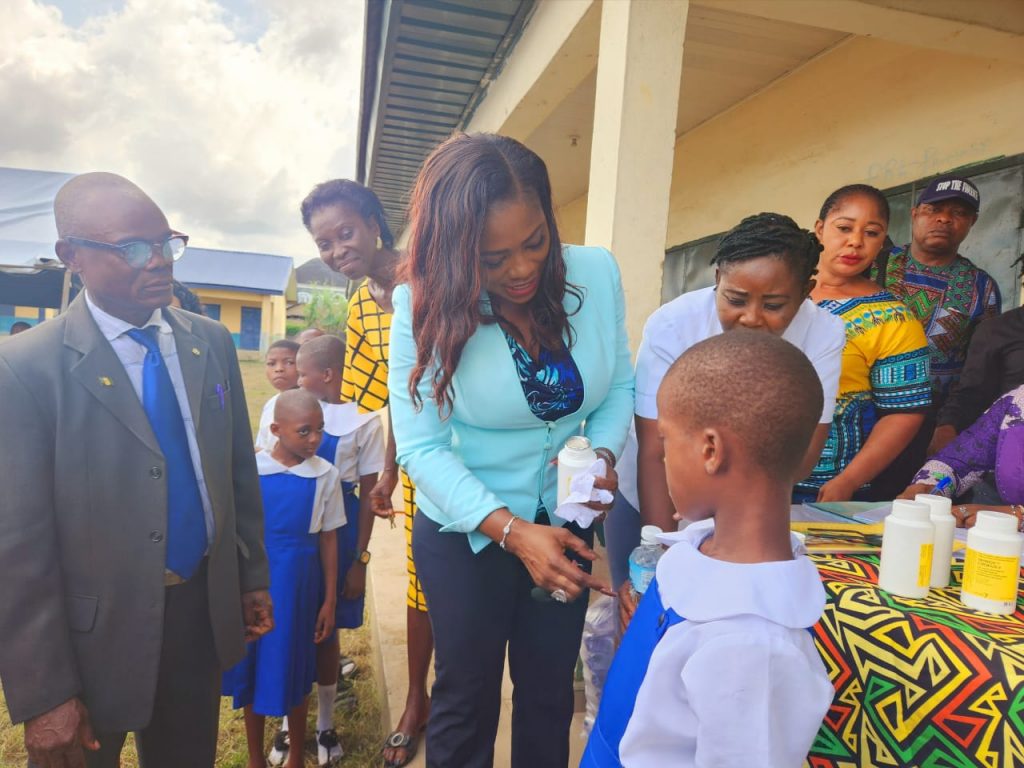