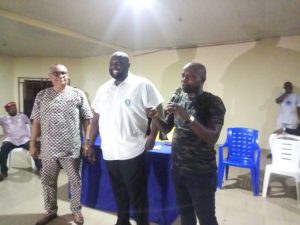 The Candidate of the All Progressives Congress for Cross River Southern Senatorial District, Asuquo Ekpenyong, the House of Reps Candidate for Akamkpa/Biase Federal Constituency Onun Dr Emil Inyang and Hon Linus Etim Bassey aka. Uwatt Ekpo were received by cheering crowds and supporters at Aking Village, Eku Ward and Oban Community, Oban Ward where they promised them quality representation at the Senate, HoR and HoA.
Asuquo Ekpenyong solicited support for the elections of Asiwaju Bola Ahmed Tinubu as Nigerian President and Senator Bassey Edet Otu as Governor of Cross River State, urging residents to vote massively for them to ensure the continued development of the Constituency and the State.
Advising them to vote right in the governorship election in the state, Onun Dr Emil Inyang noted that “the governorship vote is that of liberation” and enjoined the electorates not to allow anyone to come and deceive and enslave them with ethnic sentiments. 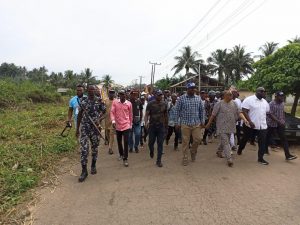 The Chairman of Akamkpa Local Government Area and Candidate for Akamkpa Two State Constituency, Hon Linus Etim Bassey urged the people of Eku and Oban Ward to come out en-masse and vote APC from top to bottom in the 2023 General Elections.
He called on the electorates not to release their Permanent Voter Card to those he said will want to deceive them in the guise of giving them money. 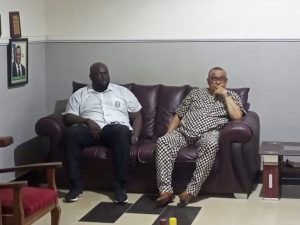 Uwatt Ekpo reminded them that PVCs is their power and that power will be crippled if their voters card is not in their possession.
“These people before you today seeking your support will bring quality leadership and representation to your domain. Avail them your total support, vote and mobilise for APC. Vote the logo with broom and be assured of prosperity; He said. 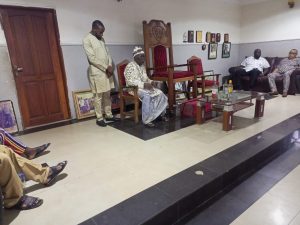