Yesterday, Arise Television organized a presidential debate chiefly anchored by an obviously bitter Reuben Abati whose favourite dish is always arrogance and irrepressible ethnic bigotry. The first vice arises from the fact that he is undoubtedly cerebral, but more because he made a first class. I was Reuben Abati’s mate in the University, so I write from “I know him point of view”. Don’t ask me to go further!

Reuben, you are nothing near Albert Einstein in intelligence. Hear Einstein: “True humility is intelligent self respect which keeps us from thinking too highly of ourselves. It makes us modest by reminding us how far we have come short of what we can be”. That said, Abati’s bias for HE Peter Obi’s presidential run is no more hidden from discernable Nigerians. But Abati, a PDP politician on anchor seat, should understand that there are no motor rail trains anymore anywhere in the world. They ceased in 1995 and, like them, Nigeria of your old manipulation and crafting will cease with the 2023 elections.

Your motor rail mentality, Reuben was the reason you unashamedly allowed Okowa, a presidential running mate, to pair with some presidential candidates and exposed your bias and none professional conduct as a journalist. Do you mix cement with red oil as mortar? You further positioned him, Okowa to work on answers other candidates offered, especially that of HE Peter Obi. What do you think you did? Playing on the intelligence of Nigerians? You passed through Theater Arts Department at Unical without failing any course, but I doubt if that was the case when you worked through the courses in Journalism.

And Okowa, whose academic brilliance is not in doubt, has become a politician who has decided to ride a cocktail through the tail with, continuous lowering of his billings. Who will believe that Okowa would attack Obi because he saved money. And I question whether your father paid your school fees through borrowing money, like you do and lavish, leaving your workers and retirees unpaid for many months. Just wait and see Delta women demonstrate naked for you soon. That’s when questions would be asked about the womb that conceived you.

Senator Dino Melaye does not deserve a paragraph in this article. When the topic is about “Touts and Motor Park Workers in Corridors of Power” you may get a mention.

INVESTIGATION: HOW ACCREDITATION OF CLINICAL DEPARTMENTS, PROCUREMENT OF EQUIPMENT AND MASSIVE INFRASTRUCTURAL DEVELOPMENT IS YIELDING RESULTS IN UCTH.

Wed Nov 9 , 2022
Share ThisBy: Our Reporter.   The University of Calabar Teaching Hospital (UCTH) is beginning to reap the results of the massive investments in accreditation of clinical training programmes, procurement of much needed equipment as well as infrastructural constructions and upgrades, embarked upon by the current administration of the hospital under […] 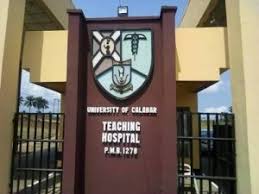