HIGH Chief Henry Onwe, the philanthropist and political icon of Ukelle (Yala Constituency 11) has commended His Excellency, Senator Professor Ben Ayade for keeping to his word by approving the immediate construction of a police station and thirty Motorised boreholes across the six wards of Yala 11 State Constituency.

In a press statement on Tuesday in Calabar, High Chief Henry Onwe stated that the action of the governor indicates his preparedness to act on the pressing needs of the people of Ukelle who have solidly supported his administration these past eight years.

“The Ukelle nation is deeply appreciative of the response of His Excellency , Senator Professor Ben Ayade, our Digital Governor, for his prompt response to the promise he made to Ukelle nation on 5th October when he met with our leaders.

“We view his prompt directives for the commencement of the construction of thirty Motorised boreholes across the six wards of Ukelle as a mark of his respect and love for the Ukelle people and we assure him of our continued support as he seeks the office of Senator in the coming elections”.

Onwe highlighted the fact that the boreholes would go a long way in alleviating the water needs of the people and eradicate waterborne diseases in the communities of Ukelle.

He said the police station which is scheduled for construction soon would serve to checkmate the incessant inter-communal conflicts between the Ukelle people and their Izzi neighbours of Ebonyi State.

“Since 2005, there have been frequent clashes between the Ukelle people and their Izzi neighbours. The presence of police security personnel around the border between Ukelle and Izzi will go a long way in curbing incidents of frequent inter communal crisis in the area”

Chief Onwe said the gesture by Governor Ayade is a milestone which signals the coming of better things to the Ukelle nation and called for understanding and massive support from the people to the governor.

“With what the governor has done, we have faith that more and better things would come to Ukelle soon and we will reciprocate this gesture and I call on my brethren to pray and as well march out to vote for him during the Senate election and all the All Progressives Congress, APC, candidates in the election”.

He assured the governor of harvesting votes for him in the face-to-face mobilisation of votes which he has begun for him with his team of supporters.

Fri Nov 4 , 2022
Share ThisBy: ENEJI Simon Ushie. The Cross River State Deputy Governor, His Excellency Prof. Ivara Ejemot Esu has flagged off the 2022 State Integrated Measles Vaccine Campaign and the Introduction of the Rota Vaccine in Calabar, expressing appreciation, on behalf of the state, for the collaboration of various international partners […] 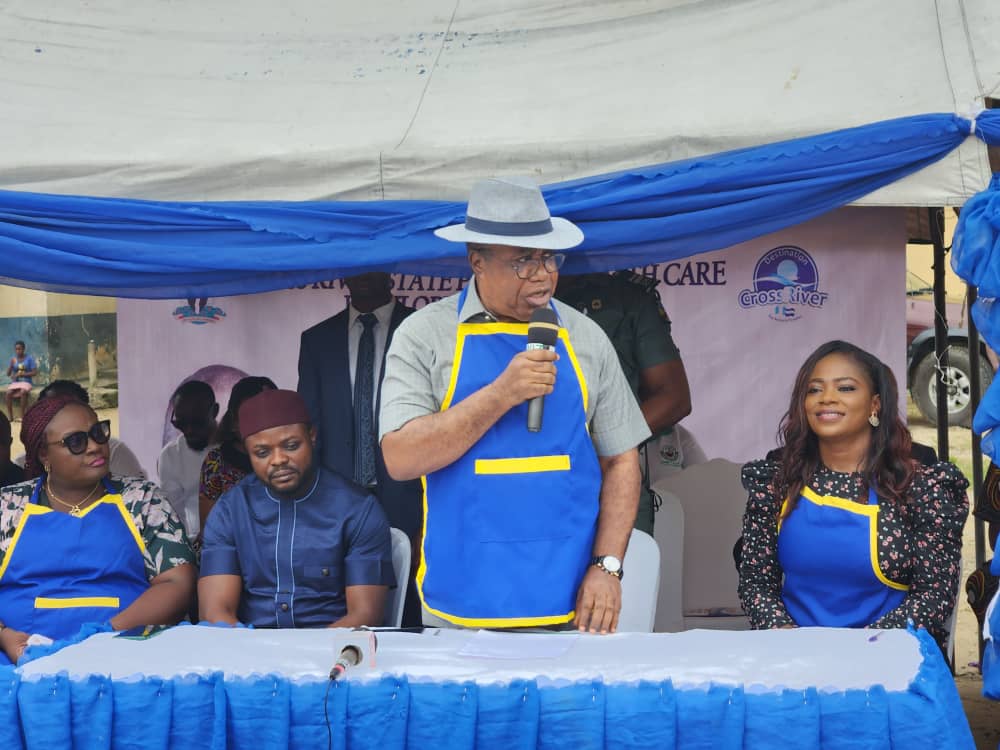