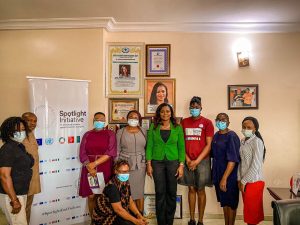 As part of measures aimed at ensuring effective and efficient health services delivery in the state, the Cross River State Government and Centre for “Gender and Development Action” have sued for collaborations in order to offer medical and clinical supports to victims of Gender based violence across the state .

Dr Ekpenyong said the visit and need to develop a web-chained policy to bind both bodies is thoughtful as she noted that, gender-based violence has metamorphosied into a core issue leading to mental and psychological health decline over the years.

She noted that, the Cross River State Primary Healthcare Development Agency through the social mobilization team have reached out to various groups and Communities including schools, religious and Political bodies to sensitize women and men on the devastating effects of gender based violence which over the years had resulted into deaths.

She further assured the visiting team of Government’s full support for their programmes and policies as well amicably collaborate with other “Gender Sensitive” partners like the UNFPA and other relevant stakeholders in the sector in bringing about speedy multiplier-effect in the nearest future. She committed to ensuring some health facilities will provide free health services to victims and will also advocate for the inclusion of GBV victims as vulnerables into the health insurance scheme to ensure they get free health care. 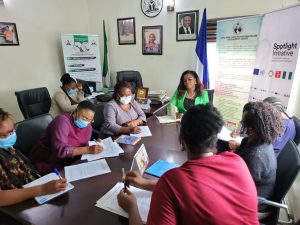 Team lead for the Cross River State Gender and Development Action and state Programme Officer, Ms. Praise Amaujo hinted that the Agency is committed to eliminating violence against vulnerable females who are either incapacitated financially or are vulnerable through unfavorably societal laws and influnces.

Amaujo maintained that GADA has created Peer Clubs in Schools, social and medical services among others as part of modalities put in place on its sustainability plan, adding that it has also increased support for continuity from PHC with priority on emergencies.

She also disclosed that training of Health workers for effective and efficient service delivery is apt moreso, as to inculcate a sense of responsibility amongst female counterparts in the health sector hence the need for broader and more realistic framework between the group and the government of Cross River State.

Also speaking, the Director, Community and Family Health Services, Mrs. Sally Enyim, lauded the GADA team, describing the visit as; not only worthwhile, but timely noting that as the female child are easily swayed by peer groups in perpetuating acts viewed inimical to societal norms and values.

Continuing, Enyim strongly subscribed to training and re-training of the vulnerable gender, maintaining that the exercise would further afford them a better and/or informed direction , re-strategize the gap created between their incessant misgivings as well bring to fore those virtues upheld by the society.

The visit also featured other important dignitaries from GADA and the State Primary Health-Care Development Agency. 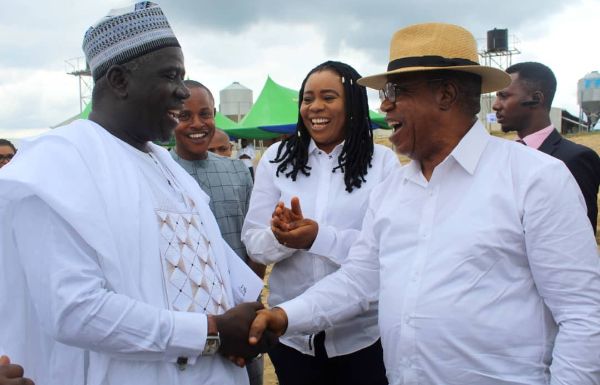