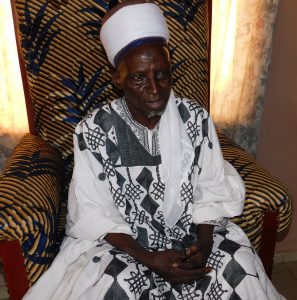 The people of Sabo Chiefdom in Nasarawa State on Sunday made a passionate appeal to the State Governor, Engr. Abdullahi Sule and his government to help facilitate the establishment of Development Area in their chiefdom.

The appeal came on the heels of perceived and clear neglect and marginalisation of the area over time.

Speaking to journalists in different areas within the chiefdom,majority of Emirs and Sarkins,Mai’Angwas, and other stakeholders maintained that since the inception of fourth republic the people have not really benefitted from the good government of Governor Abdullahi Adamu, pragmatic leadership of Governor Tanko Al’Makura and the present innovative and quality leadership of Engr A A Sule in terms of infrastructural development, human capital development and general welfare of the people,hence the need for Development Area to fast track growth and development thus Carter for the needs of the people of the chiefdom.

Leading the Council,the Emir of Sabon Gari,Keffi,H.R.H Alh Rulwanu Usman while thanking the Governor, Engr AA Sule for giving them a Transformer for rural electrification, said more need to be done in the area of education,health,road construction, market,pipeborne water among others.

He argue that by creating or establishing a Development Area, government will be very close to the people and it will facilitate development in all strata.

Also Speaking,the Emir of Jigwada,Alh Ibrahim Aliyu while thanking the present government for the spiralling development in the State said his people are yet to feel government presence.

Expressing his displeasure,the royal father said “in the whole of Jigwada,Sabo Chiefdom we have only three people working at Keffi Local Government Area and they’re junior staff”

Meanwhile,the Sarki Gidan Kare, Abdullahi Soliu Bala said the establishment of the Development Area in the chiefdom cannot be overemphasized in the context of physical development, increase social and economic activities among others.

He regretted that even as his domain is close to the Nasarawa State University, Keffi,his people have not really benefit from the proximity owing to the lack of access road.

“You saw the road as you were coming in,we don’t have access road and our people are really suffering from that,this is why we need a Development Area so that we can be doing this things by ourselves”

A stakeholder and Lecturer in the Department of Psychology,Nasarawa State University, Dr. Akawu Monday stressed that there will be no better time than now for the people of Sabo Chiefdom to be separated from Keffi administratively so as to engender development,regretting that the people have suffered enough.

“Imagine that you want to get Certificate of Origin,when you go to Keffi LGA,they will ask you to go to Eggom or Karu where you know no body. In the area of admission in Nasarawa State University our people are always denied the chances, not to talk of employment, we have been maltreated for so long,we need our own so that we will have all this things and develop on our own pace”

Also speaking were the leaders of Fulani,Eggom,Mada,Tiv,Yaskawa tribes.

Others were Idoma,Yakaradde among others.

They maintained that the crave for the Development Area is not an affront or a confrontation on anyone of group of persons but a genuine plea to support government’s effort in advancing the development of the area.

The use the opportunity to unanimously appreciates and thanked the incumbent Governor of Nasarawa State,Engr Abdullahi Sule and his entire cabinet,the State House of Assembly and other leaders in the State for their uprightness,while assuring the governor of their votes come 2023 elections.

PRINCE BASSEY OTU’S ENDORSEMENT AND CONSENSUS: FUSION 196 CONGRATULATES GOV. AYADE FOR HIS CONSISTENT AND DELIBERATE BACK TO SOUTH ADVOCACY AND THE CHOICE OF THE ‘SWEET PRINCE’ AS THE ANSWER.

Tue May 17 , 2022
Share This  By: Admin.   The FUSION 196, a Political Support Group for Senator Prince Bassey Otu, with grassroots appeal across the 196 Political Wards of Cross River State addressed a Press Conference with selected Media in Calabar, anchored by the Association of Cross River Online Journalists (ACROJ), to thank […]