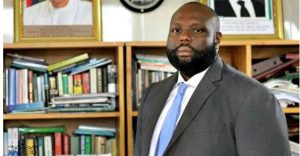 It is said that the heights that great men attain, are never achieved in one day, nor do they come on a platter of gold; but they, while others slept, burned the mid-night oil in focus and determination to be relevant to their society someday.

Asuquo Ekpenyong Jnr., a humble and humane personality for more than a decade has continued to demonstrate in deed that serving the people is sublime and ought to be a commitment to adding value to human kind. Thus, in his service, he has exemplified passion, commitment and a rare drive, in pursuit of excellence.

Asuquo Ekpenyong Jnr. has navigated various strands of human endeavors, yet has come out taint-less. Even when a few of such endeavors offered numerous drawbacks to sway him off the wholesome track, he remained resilient and indomitable. His focus has been unmitigated. Here is a man who has spurned all limitations and glitches that dotted his flight; yet, over the years, has held his head high even when other people around him are losing theirs.

In Asuquo Ekpenyong Jnr., you will find a man who cannot be bought; a man who will put character above wealth; a man whose words are his bond; a man who holds fast unto what he believes; a man who is not confined to selfish desires; a man who will be honest in small things as in great things; a man who will make no compromise with wrong and will not lose his individuality in a crowd; a man who is true to all in good report and in bad report, in adversity and prosperity; a man who is not ashamed or afraid to say the truth even when it is unpopular; a man who possesses opinion and a strong will; a man who does not believe that shrewdness, cunningness and hard headedness are the best qualities for achieving success; a visionary with a clear sense of purpose.

For suki, as he is popularly called, the tale is different. His reputation is founded on the pillars of self-development, strong character and inimitable will. He did not emerge from the clouds. He was not born in any developed nation. He was born and raised in Lagos, Nigeria and even attended the famous Kings College in Lagos where he obtained his West African Examinations Council Certificate.

After obtaining his WAEC, he proceeded to the University of Reading, United Kingdom to pursue a BSc. in Economics and later MSc. in International Banking and Financial Services, with distinction from the same university. Suki also attended the Harvard Business School Boston, USA; Howard University Business School Washington DC, USA; University of Pretoria, South Africa; the Euromoney Oil & Gas School London, among others. Suki has proficiency in business planning, business strategy, financial modelling and corporate finance; fiscal governance and public administration. Succinctly put, he is a finance expert, investment banker, administrator and philanthropist. He is a member of the Chartered Institute of Bankers of Nigeria (CiBN).

After working briefly in England, Asuquo Ekpenyong Jnr. returned to Nigeria to work as Financial Analyst at Davandy Finance and Securities Limited, Lagos and then to Banking & Finance Department of the University of Calabar where he lectured from 2009 to 2012.

In 2010, an enterprising Suki established Iquasu Ventures Limited, a haulage and logistics company, which today has become one of the biggest indigenous logistics service providers in Nigeria. Not too long after, he became the Managing Director of Chamley Bureau de Change Limited. His outstanding expertise significantly informed his appointment as Executive Director for finance at Pearland Energy, an indigenous Oil and Gas company; and later, Director at Ekondo Microfinance Bank Limited. At Ekondo, he was also a member of the Board of Directors from 2013 to 2015, serving in critical Committees including Credit, Establishment, Audit, Finance and General Purposes.

At 30, Asuquo Ekpenyong Jr. was appointed Commissioner for Finance by His Excellency, Senator (Prof) Benedict Ayade, Governor of Cross River State on November 27, 2015. He was famous for being the youngest commissioner in the country. Suki was also saddled with the additional responsibility of serving as the Managing Director of Nigeria’s Premier Tinapa Business and Leisure Resort from February 2016 to April 2017. Between 2018 and 2019, he doubled as Commissioner for Transport & Marine Services and Commissioner for Finance, superintending over two sensitive ministries at the time.

In all the positions he has occupied, he has demystified; bringing modesty and brainpower to bear. His permanent temperament as a gentleman, his generosity and accessibility have been effectively combined with his ever-alluring smile; an aura that has helped to endear him to millions of people. He is everybody’s man and everybody’s brother. Asuquo Ekpenyong Jnr. knows no hate and hurts no fly. He has never been known to be rabble-rouser.

Williams Shakespeare, one of the most prolific creative writers of all times, in his play ‘Julius Caesar’, described a politician as an ingrate who believes:

But when he once attains the upmost round,

He then unto the ladder turns his back,

Looks in the clouds, scorning the base degrees,

The narrative above doesn’t fit into Suki’s mold. He is altruistically committed to helping the down trodden to not only find their feet but also find their bread. For instance, the Asuquo Ekpenyong Foundation has continued to bring smiles on faces of thousands; hope and respite to the indigents. Even homes have found livelihoods. Families have been enabled to meet their needs and advance their aspirations. The foundation has since been identified as a quintessence of humanity.

Asuquo Ekpenyong Jnr. views every step in his life as an opportunity to better the lives of others and never looks back with scorn at any step or individual he has come across, even in his family. He appreciates every condition he finds himself and everyone that has helped him to advance.

Walt Disney once said: “all our dreams can come through if we have the courage to pursue them”. Then wrote an Egyptian playwright, Tewfik Al-Hakim in his popular play, ‘Fate of a Cockroach’: “the attainment of desires is not by hoping; things of this world are gained by striving”.

Pursuant to one of Albert Einstein’s popular clichés: “try not to become a person of success but rather try to become a person of value”, Suki has striven all through the years to build himself into a unique personality that has become the cynosure of many eyes. Suki’s character provokes interest from any quarter. His stock is made of quality; a quality brand that speaks for itself any day, anytime, anywhere.

What other option does Cross River state have for governor in 2023 when she is blessed with such a symbol of amity, harbinger of light and embodiment of progress in Asuquo Ekpenyong Jnr., who not only understands the undercurrents of the state and the daunting challenges before her, but can also effectively pilot the statecraft with requisite experience, right intellect and immaculate integrity, having been Cross River commissioner for finance for 7 years; and coming from the private sector, with a magnificent record of service and accomplishments; not to mention his youthful appeal, general acceptability and political goodwill across the state?

Tue May 10 , 2022
Share This  By: Emmanuel Una. CALABAR. A Forum of Elders of the All Progressives Congress(APC), in the Northern Senatorial District of Cross River State in an elaborate meeting on the 3rd of May, 2022 resolved to throw their backing on Senator Professor Ben Ayade’s Presidential race, insisting he is the […] 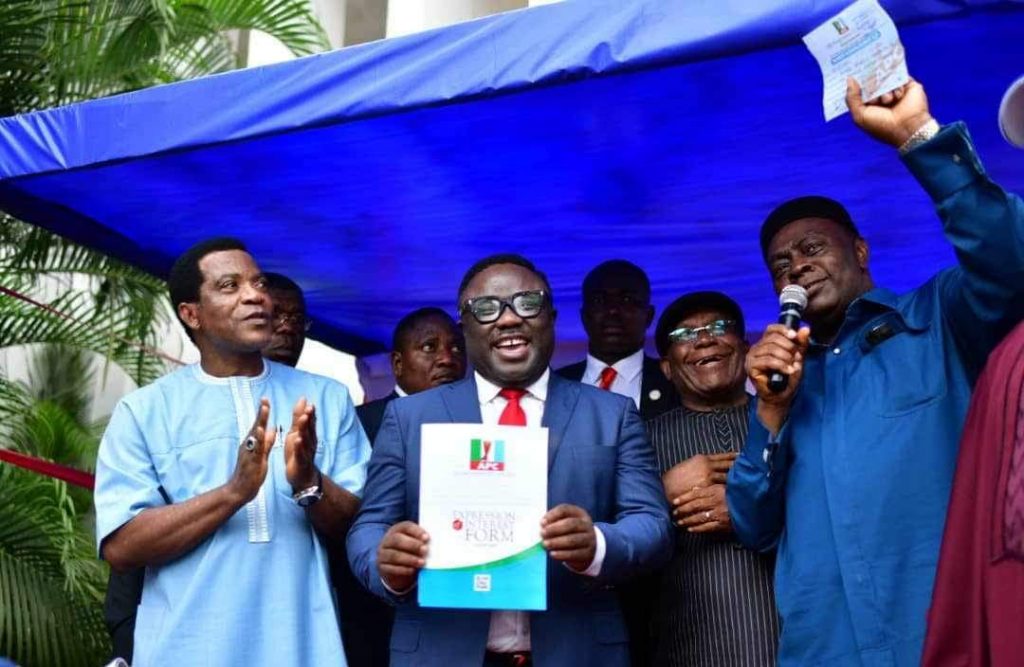