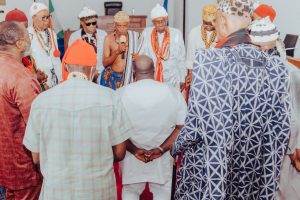 Ahead of the 2023 elections in Cross River, traditional rulers in the state have declared the immediate past Commissioner for Finance and the leading governorship aspirant of the All Progress Congress, APC, Asuquo Ekpenyong as the most equiped and prepared to succeed the incumbent governor, Professor Ben Ayade.
The monarchs extolled Ekpenyong’s sterling qualities and energy, saying Cross River will be safe and secured in his hands. 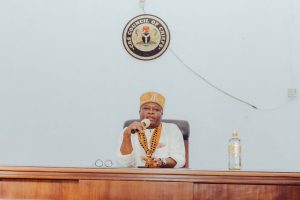 Speaking Monday in Calabar during a consultative visit by Ekpenyong and his team, Chairman of the Cross River State Traditional Rulers Council and paramount ruler of Bakassi HRM, Etinyin Etim Okon Edet, praised Asuquo Ekpenyong for recognizing the importance of the traditional rulers in the state hence the visit.
“I want to thank you for being the first aspirant to see us as a council, this shows that you have respect for the traditional institutions and we will support you in your quest to lead the state. “
Continuing the royal father said: “You came into government about seven years ago and since then you have carried out your duties diligently and excellently well, we’ve been keeping our ears to the ground and we know this. “And that position has given you enough experience because you are not just in the corridors of power you have been in the centre of it all and this has fully equipped you to handle this state “
In their seperate speeches, Obol Lopon of Ugep, Obol Ikpi Itam and the paramount ruler of Odukpani, His Royal Majesty, Etinyin Otu Asuquo Otu Mesembe IV, said they have never hidden their support for Ekpenyong’s ambition to be Cross River’s next governor.
“For some of us, we don’t hide it when we say we are supporting you and we will support you all through this journey” , Otu Mesembe IV said. 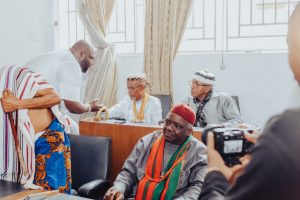 On his part, the paramount ruler of Obanliku HRM Dr Amos Item expressed joy that Ekpenyong personally visited him in his palace while on voter sensitization tour he concluded that ” for me you already have my support because of the intelligence of your presentation”.
The monarchs showered prayers on Ekpenyong, asking God to lead him through the path of victory in his gubernatorial aspiration.
Earlier, the former Finance Commissioner, showing indepth knowledge of the economy of the state, took the royal fathers through his economic blueprint for the state if elected.
“What the state needs come 2023 and  going forward is a manager of resources and someone who has been there from the start of the present administration led by Senator (Professor) Ben Ayade who has graciously, in line with previous administrations, continued the building process.
“Those projects he has established need to be sustained, and I do humbly tell you, I am ready and capable to do so”
Ekpenyong, an economist and a Harvard Business School product, promised that the Real Sector, economic upliftment, and development of enabling environment and infrastructure would be at the centre of his administration.
“Three weeks ago and over the course of 10 days my team and I undertook a very rigorous tour of the length and breadth of Cross River State and I have seen first hand the needs of the people and the love they have for the APC. So, what is needed is just to sustain the tempo of mobilisation and the party would win all-round elections in 2023”, he stressed 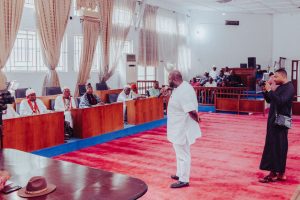 The governorship hopeful pledged to sustain the industrialization strides of Governor Ayade by making sure that “all of the agro based industries are harnessed to full effect to bolster the local economy of provincial towns, deepen the positive multiplier effects with the creation of an economic ecosystem for associated and ancillary services, create employment and ultimately reduce the menace of constant rural-urban migration” 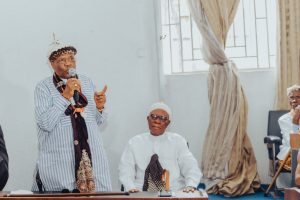 Tue May 3 , 2022
Share This  By: Admin. As journalists across the globe celebrate World Press Freedom Day 2022 with the Theme: Journalism under digital siege; the Association of Cross River Online Journalists (ACROJ) commends all journalists who have stake so much to keep the world informed and expose various ills in the society. […] 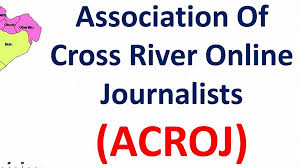