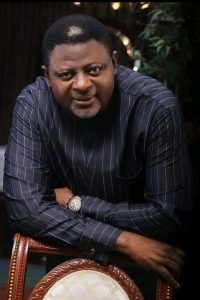 The Cross River State All Progressives Congress (APC) State Chairman, Alphonsus Ogar Eba Esq. has tacitly confer on Senator Prince Bassey Otu, the candidacy to fly the Party Flag for the 2023 Cross River Governorship Election, going by his words, “I AM LOOKING FOR THE BEST AND HAVE FOUND ONE IN YOU: PRINCE BASSEY OTU.”
Eba, who was speaking while they received Senator Prince Bassey Otu, at the Party Secretariat on his consultation with Party Executives on the former gubernatorial ambition come 2023, continue thus:
“A man who want to win, must form a proper alliance as you have done.
“We will not know what has happened today? What else can I say: when the truth as spoken for itself!
“The evidence act says; there’s no fact which the Court shall take judicial notice that requires any proof.
“Honestly, I thought people were coming to invade the office. I did not know that Prince, the sweetest Prince has come. When people say, there was nobody in the South, after today, nobody will say so again, because what we are looking for has been found.
“As a political evangelist, I say it the way it should be said in truth and sincerity.”
The Chairman eulogies the governor for his foresight to have seen the future, earlier by decamping to the All Progressives Congress (APC), which has changed the narrative for the better politically,
“as we return glory to God, we must thank one man, Sen. Prof. Barr. Sir. Ben Ayade, our Governor and by the grace of God, President of Nigeria, in waiting for taking that decision on 20th February, 2021, that brought light to the APC. He has always informed us that, we are one. Hence, nothing as new and old APC. My mission statement thus fit in his vision. Peace, Love, Unity and Growth of Party. There must be a pluck and a sucket to get current (light). It therefore gives me joy today, that we have found a man, who is of the old stock of APC.”
“I have always maintained that one of the problems we have for those of us, who have joined recently, have been accused of being very selfish, perhaps, God, will give me an opportunity to show that we are not selfish, because we will put all the aspirants on the table and look at the man that can help us win election.”
Eba, seeks the complete annihilation of the People’s Democratic Party (PDP) as the only thing that will bring him joy.
“I will be most grateful and a happy man, if, we reduce the People’s Democratic Party to the abyss of political oblivion and rubble. Therefore to achieve this, I will be looking for the best, and I have found one, in Prince Otu.
“I seat down here with the fear of God, not because of what I want, but because of what the party want?
And so I speak today again with everything that is in my heart, to say that we are going through that moment, when you are in a darkroom, you need illumination and today we have one in the Sweet Prince, Sweeter Prince, for God has prepared him for a moment like this, to teach us a very good lesson.
“You have come like an angel! Age is no yardstick, if you do not define the state of a man’s mine. The sweetest Prince is a youth and his political capital is assets to winning the election, because he’s a political giant,” he concluded.
Prince Bassey Otu, arrival to the Party Secretariat was carnival cruise liken to the Calabar Annual Carnival.

Sat Apr 30 , 2022
Share This By: Admin. Asuquo Ekpenyong on Friday evening played host to the Muslim community and leaders of the All Progressive Congress (APC), to an Iftar break of Ramadan fast at Channel View Hotels, Calabar. Ekpenyong who strongly believes in religious tolerance, identified with Muslim faithfuls as they carry out […] 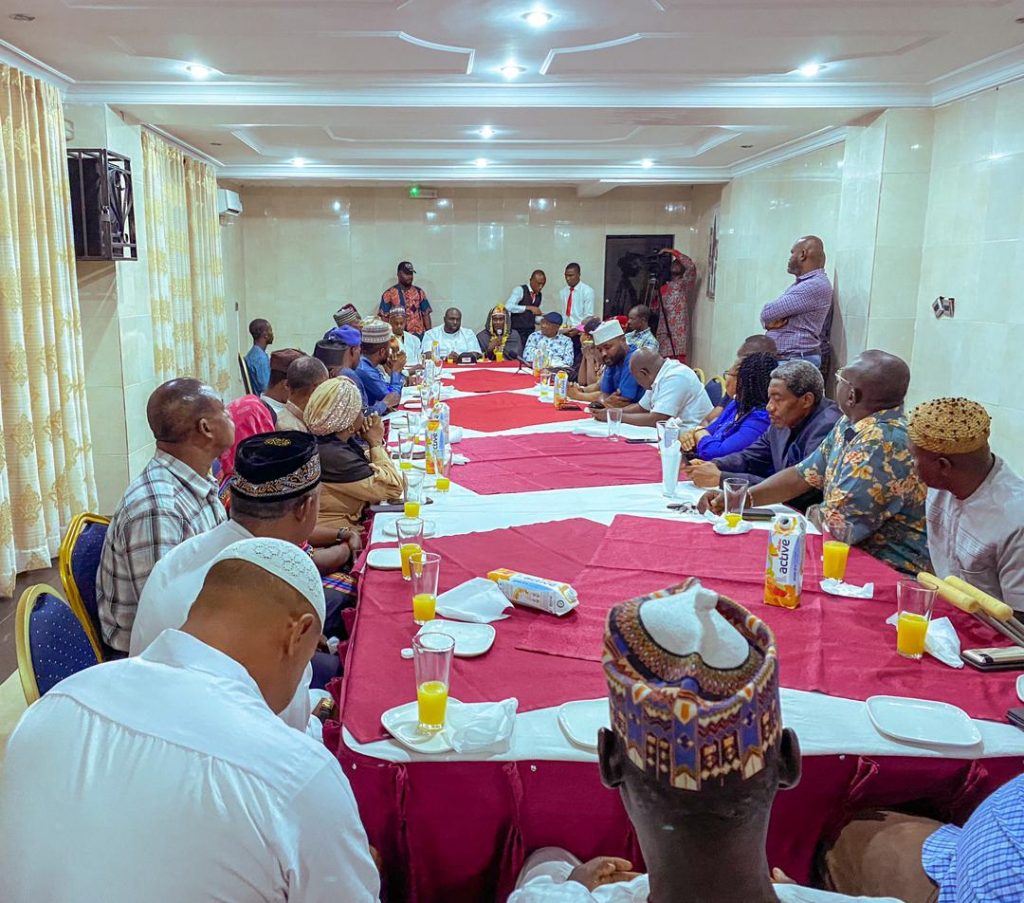