Another day to commemorate the World Malaria Day is here as Malaria amounts for millions of deaths in Nigeria as well as maternal and child mortality rate globally, hence the adoption of drastic measures to curtail these effects cannot be over emphasized.

With this year’s theme given as ” Harness Innovation To Reduce The Malaria Disease Burden and Save Lives”, measures are being taken to optimize commodity utilization both for curative and preventive measures across health facilities in the state.

In Cross River State, the state government embarked on a carnival like display across major streets in the metropolis to sensitize the people on the need to prevent malaria at all cost by complying to some adaptative measures while we await the introduction and commercialization of Malaria Vaccine.

Wife of the state Governor, Dr Linda Ayade who declared the event opened said, the Government will continue to harness productive means through partnership with Non- Governmental Organizations to strengthen malaria intervention across the state.

Dr Ayade who was represented by the Director General of the Cross River State Primary Healthcare Development Agency, Dr Janet Ekpenyong said it was high time key players shift attention from some other diseases and focus on Malaria intervention which she said records the world’s highest mortality rate among pregnant women and under 5 children annually.

“In this part of the world, we have commonized malaria but unfortunately Every second , a child dies from malaria and that is why , we must collectively take urgent steps to totally eradicate malaria in our society”.

As a state , we have ensured that, all pregnant women who come for antenatal services are tested for malaria , treated nets given to them , and advise them on how to prevent malaria.

Because of the perculiarity of the disease, Malaria has been absorbed into the State Health insurance scheme, by so doing, offer free services to pregnant women, children and others in the vulnerable cycle”.

Dr Ekpenyong decried the massive abuse of Anti-malaria tablets noting that, except through the confirmation from a rapid diagnostic test and laboratory screenings, patients should desist from the purchase of Anti-malaria drugs over the counter without prescription, which according to her they may develop “Resistance” and leads to other medical complications.

“Not all fevers are symptoms of malaria, it is advisable to first present yourself to a medical personnel who will advise that a test be carried out in relations to the symptoms presented.

Except the result certifies the presence of malaria parasite, patients are advised to desist from taking Anti-malaria drugs because the resultant effect will be the development of Resistance against such drugs which might lead to some other medical complications”.

She called on residents to end the timid practice of converting Insecticide Treated Nets into forming fence in their farmlands instead of using it to protect themselves and their loved ones from the Malaria Vector.

She said, “we can’t continue to do things the old way and expect different results, our people are used to converting Insecticide Treated Nets into farm fences on their vegetable plots instead of using them at home.

This has resulted into more damages as it exposes the crops to absorb unhealthy chemicals which may result to cancer cells formation”.

Dr Ekpenyong further noted that, Government will continue to invest in the purchase of Anti-malaria tablets to ensure that, all facilities in the state boast of substantial quantities depending on the population density of the area.

She appreciated the partners for their support both technical, material and other innovative formats which she said, has contributed to the immense awareness of people on the proper use of Insecticide Treated Nets as well as requesting for test before malaria drugs administration.

She concluded by encouraging people to get vaccinated against Covid-19.

Earlier in a welcome address, Chairman of Calabar South Local Government Area, Hon Mrs Esther Bassey, commended the State Government for provision of Anti-malaria tablets and other commodities to health facilities in her area council.

She said, so far, with collaborations with the council, health workers have reached out to all Communities in the area raising awareness on the dangers of malaria while also exposing them into healthy practices like , good personal hygiene, environmental sanitation as well as the use of Insecticide Treated Nets.

She also donated Anti-malaria drugs and promised to continue to support the state government in provision of more commodities in order to attract clients to health facilities in the Area council.

Other speakers at the event were representatives of various Malaria support Partners who expressed satisfaction with the even distribution of Malaria commodities to Facilities, level of awareness created as well as the documentation of incidences in various Communities.

They promised to support the state in it’s new innovation of prioritizing Prevention through constant sensitization and awareness creation, as they said, prevention remains the cheapest approach to health management.

Benefiting members of the community also thanked the Government for their timely response as just as the raining season sets in.

The DG was supported by the Chairman of Calabar South Local Government Area, Director of Local Government Health Authority, Calabar South, Mrs Eme Archibong, Directors from the state Ministry of Health, State Primary Healthcare Development Agency, development partners including Breakthrough Action, PMI for state, World Health Organization, FHI and other Government officials as they distributed Insecticide Treated Nets and Anti-malaria tablets after conducting Laboratory tests on interested individuals. Other services such as Covid19 Vaccination, nutrition and other services were integrated in the event.

Wed Apr 27 , 2022
Share This By: Prince Charles Ekanem. Immediate past Commissioner for finance Cross River State Mr Asuquo Ekpenyong on Wednesday promised to continue from where Governor Ayade stopped thereby sustaining his legacies. He made this known while on a consultative visit to the speaker and members of the Cross River State […] 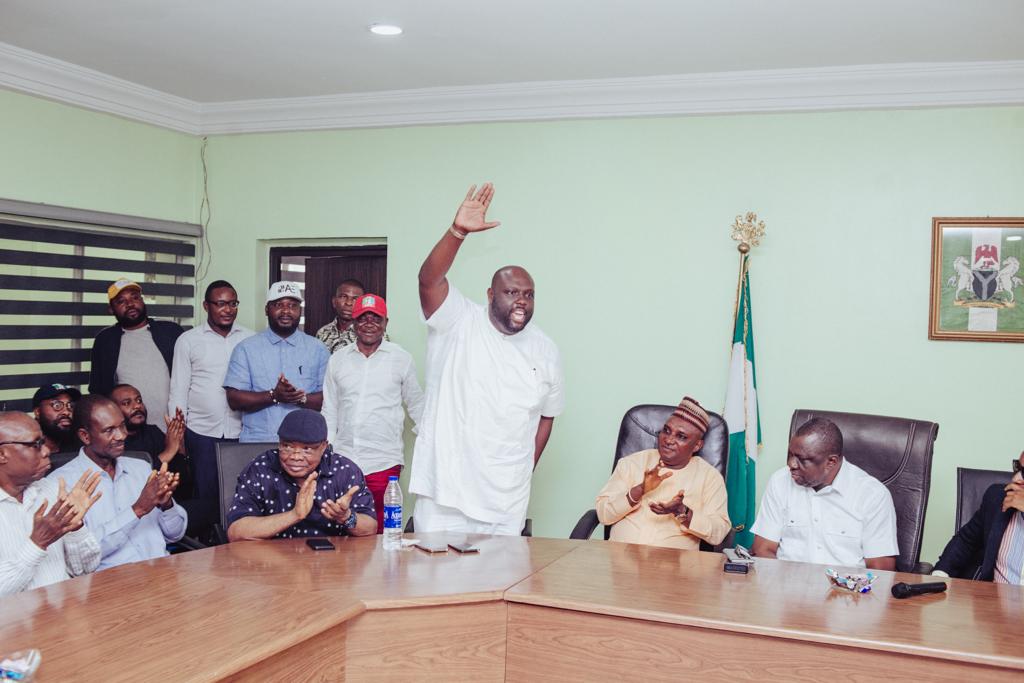