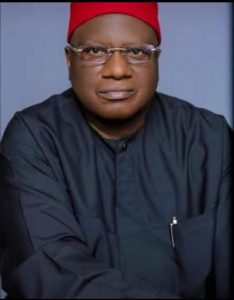 The Governor of Sokoto State and presidential Aspirant under the platform of the Peoples Democratic Party , PDP,  Rt Hon Aminu Waziri Tambuwal has appointed Senator Tunde Ogbeha as the Chairman of his Presidential Campaign. This appointment takes immediate effect.Senator Ogbeha is expected to deploy his vast experience in administration,  public policy and politics to the Campaign and  will chair meetings of the Tambuwal Campaign Council. He will help set up priorities and give direction to the Campaign.

Senator Tunde Ogbeha is a retired general from Kogi State Nigeria who was administrator of Akwa Ibom State and then of Bendel State during the military rule of General Ibrahim Babangida. After the return to democracy in 1999 he was the elected senator representing  Kogi West constituency of Kogi State from May 1999 to May 2007.

Tunde Ogbeha who had earlier served as a Ambassador is an alumnus of the National Institute of Policy and Strategic Studies in Kuru.

After leaving the Senate in 2007,  Ogbeha became Chairman of the Confluence Cable Network, Kogi State’s first private broadcasting station. He also became a member of the board of Falcon Securities, a stock brokerage firm  and was appointed in 2009 by President Umaru Musa Yar’Adua to the Board of the Niger Delta Development Commission, representing the non-oil-producing North Central region.

He is married with children.

CONSENSUS DRIVE FAILED, HENCE NOT PART OF ANY AGREEMENT-TCO.