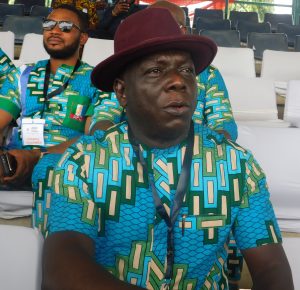 A chieftain of the All Progressives Congress (APC) in Cross River State, Senator Stephen Adi Odey on Saturday said the APC is the only political party in Nigeria that has the capacity to enshrine the true tenets of democracy and a competent roadmap to providing the needed Democratic dividends to Nigerians.

Sen Odey stated this during an interview with journalists at the National Convention of the All Progressives Congress (APC) held at the Eagle Square Federal Capital Territory (FCT), Abuja.

According to Odey “we are here today to elect our leaders that will pilot the affairs of our great party for the next four years. I’m very comfident we will at the end elect competent people that have the capacity to lead not only the party but the entire country hence enshrine the tenets of Democratic ideals that will offer Nigerians relief and good governance.

” as a politician I will comfortably tell you that the APC is the only political party that have the welfare of Nigerians at heart and is working tenaciously to provide the needed Democratic dividends to them” he averred.

Asked who was his preferred candidate for the National Chairmanship position, Odey said the State was right behind their governor, Prof Ben Ayade and are ready to follow their leader’s decision which is to vote the former Governor of Nasarawa State, Abdullahi Adamu. 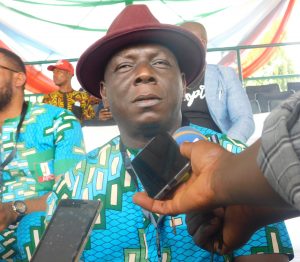 “The decision of our Governor, Sen. Prof Ben Ayade is our decision and we’re ready to do that which we’re asked to do. The instruction is to vote Abdullahi Adamu as Chairman and other positions”

Odey who is Chairman of the Cross River State Universal Basic Education (SUBEB) also maintained that the party is poise to winning all its election at all level before and after twenty twenty three (2023).

On the issue of supposed litigations after the Convention, Sen Odey posited that there is no political party as big as APC that will not have issues at one point or the other but the good thing is the party has its internal mechanism to resolving all issues. And “I’m very confident that the party is capable of resolving all internal and external fracas no matter how big they are”

“So whatever other political parties are insinuating and hoping is their own issue, they will be surprise when we’re done and all issues resolve”

It will be recall that the national convention that started on Saturday 26th day of March ended early Sunday morning with Abdullahi Adamu emerge national Chairman, Dr Betta Edu as National Women leader among others.

DO NOT JUST GET A POLITICIAN TO FIX OUR BROKEN SOCIETY, GET THE PERSON WHO CAN DO THE JOB- AMB. NKOYO TOYO.

Thu Mar 31 , 2022
Share This By Our Reporters. As the governorship hopeful, Amb. Nkoyo Toyo continues her consultation tour in the northern senatorial district of the state. The people of Yala have been advised to be very careful in electing who governs them as the 2023 general elections draws near. The former house […]