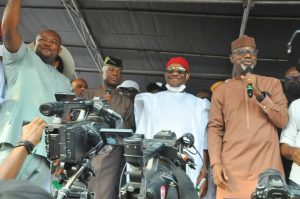 The City of Calabar Metropolis stood still on Saturday, as PDP supporters in their thousands came out colorfully to Flag-Off Campaign for the Ogoja/Yala Federal Constituency and Akpaboyu State Constituency By-Elections despite the early attempt by Governor Ayade and Security Agencies to scuttle the Rally proved abortive.
While applauding the people of Cross River State for their commitment to the PDP and coming out en mass to show solidarity for the Flag-off campaigns, Gov Nyesom Wike, Governor of River State who led other members of the National working committee said “The fear of PDP victory has caused those without numbers and followers attempt to disrupt the flag-off campaign, but thank God for the will of the people over the fear who are panicking for the victory of PDP ahead.” Gov Wike urged every member to get registered and get their PVC as the only weapon against Police and APC intimidation. Gov Wike also promised to support the state with all the resources available to win the By-Elections.
The event was attended by the CRS Leader of the Party, Sen. Liyel Imoke, State PDP Chairman, Barr. Vena Ikem and his Executive, Sen. Gershom Bassey and his mammoth supporters, members of the National Assembly, 2023 Gubernatorial Aspirants, PDP Chieftains and stakeholders, teaming supporters and fans. 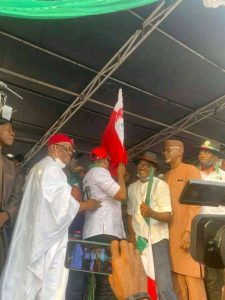 Both Candidates were official handed over the PDP
Flags that includes; Hon. Mike Usibe for the Ogoja/Yala Federal Constituency and Dr Ekeng Edet for the Akpabuyo State Constituency By-Elections  respectively by Gov. Wike, who stood in for the National Chairman.
#SGB MEDIA.

C'RIVER RATED OVERALL BEST IN DONOR COOPERATION AND IMPLEMENTATION IN NIGERIA, AS SHE RECEIVES BORNO, KOREA AND UNFPA DELEGATION ON STUDY TOUR ACROSS THE STATE.

Sun Feb 20 , 2022
Share This By: Grace Ushornye. The Cross River State Government has received a high-level delegation of Borno State Government officials, Korean International Cooperation Agency (KOICA) and the UNFPA Country Office who are on a 4-day study tour to the State in recognition of her many giant strides in donor cooperation and […] 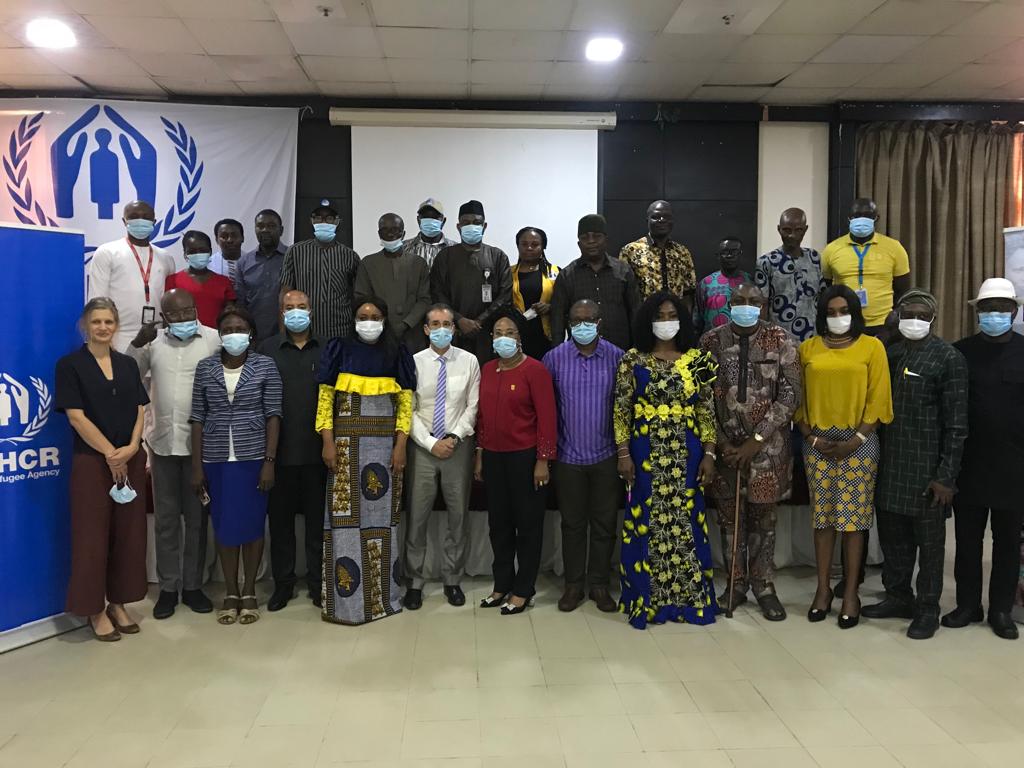