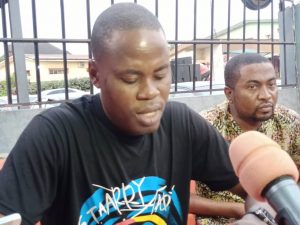 The Cross River State Chapter Chairman of the APC Support Groups Coalition, Elder Comrade Iso Bassey Edim, address a cross section of selected journalists at Trendy Bar, Old Ikang, Off Marian, Calabar to drive home the purpose for the Cross River State APC Youth Summit scheduled for tomorrow the 19th February and to caution the People’s Democratic Party (PDP) not to course breach of the peace by trying to fix her event for same day without due process.

According to Comrade Edim, and he said, “we had an emergency leadership meeting of the coalition and we deemed it fit to address the Press to state our position and throw more light on some development. We seated under the auspices of the coalition of APC Support Group in Nigeria, which is the conglomerate of all the Support Groups of APC in Nigeria, in Cross River State.
“The reason for this Press Conference is simple; that the Lobby Group of the All Progressives Congress (APC) for about a Month now has organized an APC Youth Summit, scheduled for the 19th of February 2022 at the U.J. Esuene International Stadium, Calabar. In addition to that, as you all know, the Coalition is an embodiment of all interest, supporter of various Groups in the coalition.
And as a coalition, the Organising Committee deem it fit to invite us to feature effectively in the said APC Youth Summit. And on that note, we have sent messages across to member Groups to mobilized themselves to the Venue to add colour to the event. And I will also add that the said Youth Summit of the APC is not for a particular candidate as romoured. We have done our investigation and cannot participate in any Summit or Rally that is for any of the Aspirants.

“I will never lead any coalition or rally that is geared to support an individual aspiration. We can only do that, like I have been doing in previous elections for a candidate that may have emerged, either through consensus of primaries as it will suit the leadership of the party in the State. So, therefore, we have told the organisers very clear that I will be there and participate in the Youth Summit to be successful and nothing less and nothing more. 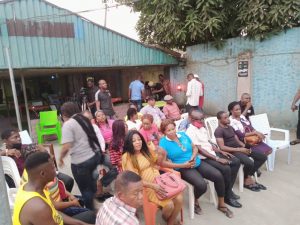 “And in addition the APC Youth Coalition in Nigeria, Cross River State Chapter, which is made up of about 328 Support Groups of APC represent various interests, so therefore, the supporters of various governorship candidates, Senatorial Aspirants, House of Reps. State House of Assemblies, shall be there to add colour to the event, because it is a Party event. And that is why, I as Chairman, will not lead a Group to support any individual candidate against the other, until one emerges as party flag bearer.

“I want to bring to your notice and attention that while the planning of the Summit was ongoing, the People’s Democratic Party (PDP) having been aware of the forth coming APC Youth Summit, call themselves to other and planned an eminency rally for tomorrow in Calabar and it is on that note the coalition of APC Support Groups has put up a petition to the Commissioner of Police, and Director of DSS in the State to stop them from their intended rally, which is pre-conceived to course chaos and un-necessary tension and possibly blood-shed. Cross River State for now is very peaceful and we must try our best to nip in bud any foreseen tendencies that will course a breach of peace. We don’t see any very important thing that will course them to fix any emergency rally and to make it worse, the Venue is at the rout of APC at the entry point of Calabar, the Odukpani entry point into the State.
The event of APC Youth Summit for tomorrow is expecting about 30,000 Youths across the State and we know that Calabar has just one entry point. So, they are intending to block the entry point; it is totally unacceptable and provocative. 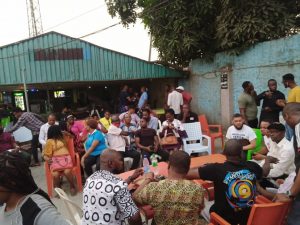 “It is on this note, that we call on the Security Agencies in the State to spring into action and stop the PDP to forestall any breach of public peace which I am sure we as a Party, will never fix our meeting same day and we have a first-hand information that their rally is intended to course mayhem as the post on the Street of Calabar in their language, “e no go easy, we go nack them wodowodo!
It is therefore on this note for peace to reign that we call on Security Agencies to stop the PDP Event for Tomorrow,” he said.

CRS APC YOUTH SUMMIT: DON'T BE INTIMIDATED BY THE CIRCUMSTANCES OF YOUR BIRTH-GOV. AYADE.

Sat Feb 19 , 2022
Share ThisBy: AMAWU, Cletus Albert Amawu. Governor Ben Ayade, of Cross River State has advised the youths in the State not to be intimidated by the circumstances of their birth. He made the call at the U.J. Eauene International Stadium, Calabar, today during the maiden All Progressives Congress (APC) Youth […] 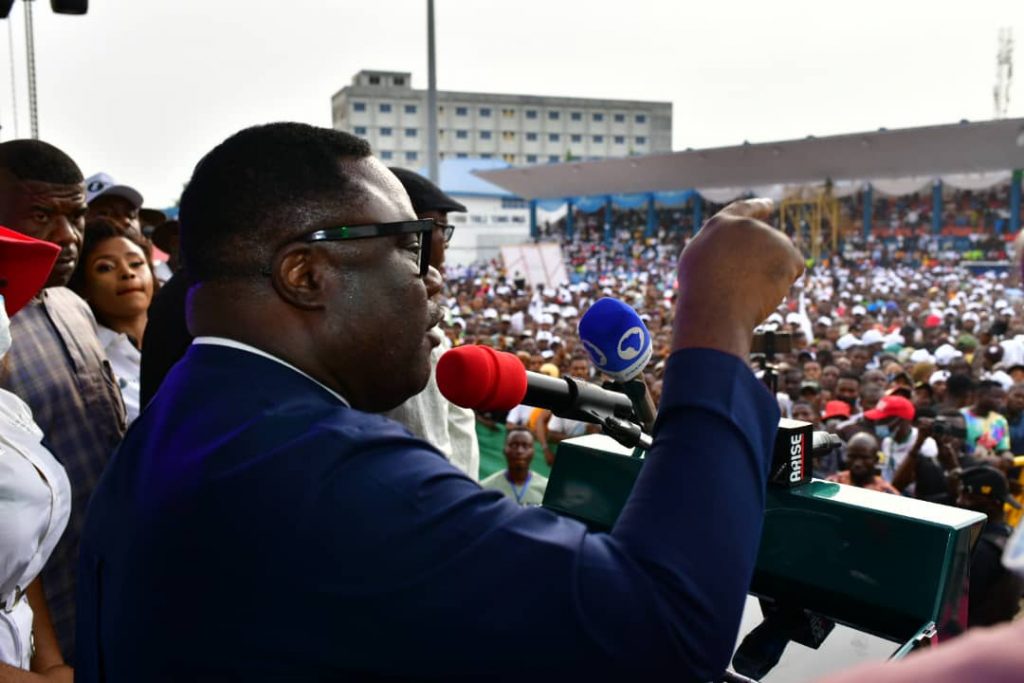