Skip to content
Share This
By: Admin.
Sequel to a Motion Sponsored by the Chairman, Senate Committee on FERMA, Gershom Bassey, calling on the investigation of the non remittance of the five percent user charges pump price of petrol and international vehicles transit charges accruing to FERMA,  the Senate mandated an investigating Joint Committee in 2019 to investigate the matter.
In Plenary of the Senate on February 8, 2022, Senator Gershom Bassey, urged the “Red Chambers” to revisit the matter by moving a motion for the Senate to consider the Report of the Joint Committees of Federal Roads Maintenance Agency (FERMA); Petroleum (Downstream) and Nation vehicles transit charges accruing to FERMA.
Dr. Gabriel Suswan of Benue State seconded the motion as moved by Sen. Gershom.
And upon adoption, the Senate asked the Chairman of the Committee to present it report of the Joint Committee, which laid bare the facts as it is the harmonised findings.
Continuing, the Senator representing Cross River South said, “the motion was sponsored by me, we talked about the issues of insecurities on our roads, the negative effect on our ecomomy and the abysmal funding of FERMA which is the government Agencyency with the responsibility of maintanance of our feyderal Roads.
Due to the sensitivity of the Bill and to give room for robust engagement, the matter was adjourned to next sitting to avail Senators the opportunity to digest and make further contributions.
Senator Gershom sumitted a copy of the report to the House and took a bow.
The Motion for increased in funding to maintain and rehabilitate Federal Roads across the Country was moved in 2019, as panacea to reduced road accidents, improve security and man hours spent.
Senator Gershom Bassey, disclosed that, about #215b is needed per annum to fix the 3,500km of Federal Roads for a period of 8-10 years to achieve the needed results.
#SGB MEDIA.

Fri Feb 11 , 2022
Share This By: Prince Charles Ekanem. As the world continue to harp on the gains and merits of technological development, Cross River State benefits from the Basic Digital Literacy training for Rural Clusters. This is part of Nigeria’s National Digital Economy Policy and Strategy (2020-2030) Vision to transform the country […] 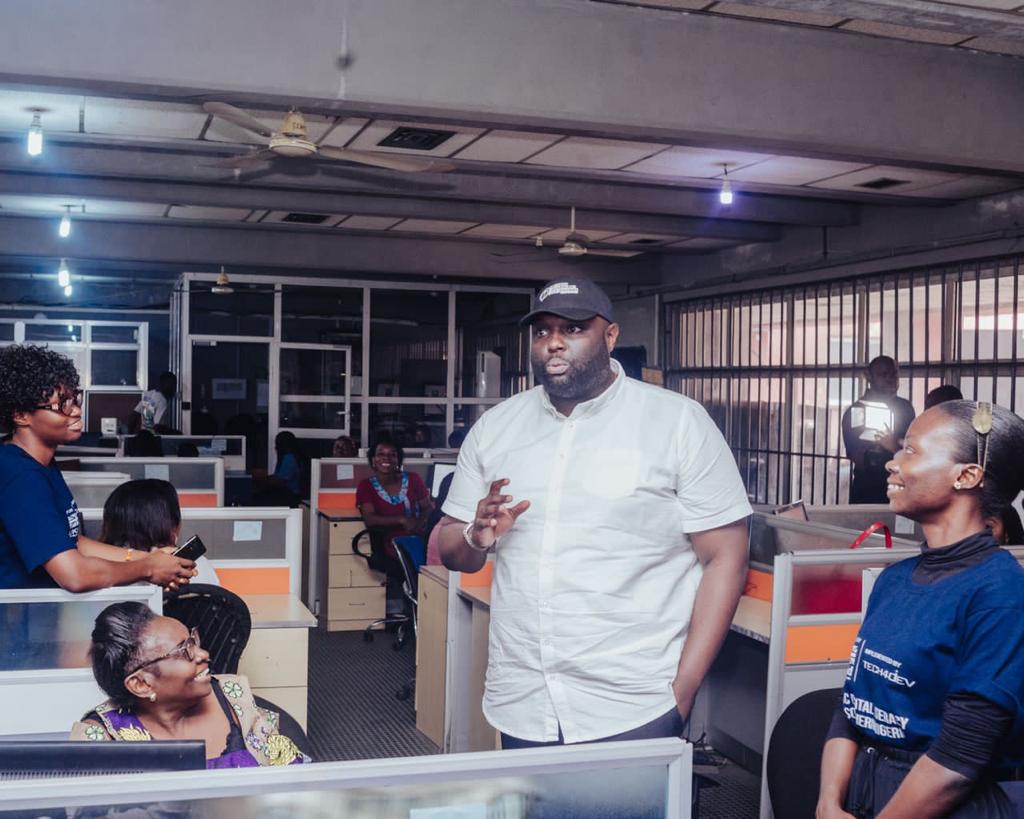