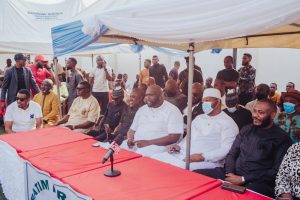 The good people of Eniong Abatim Community in Odukpani Local Government Area on Monday held a surprise welcome back ceremony for their son, Honourable Commissioner for Finance, Asuquo Ekpenyong Jnr. and a new year get together event to mark a successful 365 days of love, and unity amongst the Community.
The ceremony served as a rallying point and mass return for the community and also brought together illustrious sons and daughters of Eniong and beyond to show appreciation to Governor Ben Ayade for all the good things he has done for them.
Chairman of the reception organizing committee, Mr Toni Ikpeme, said the essence of the event is that Asuquo Ekpenyong, by virtue of his reputation and political position as a member of the APC National Youth Lobby Committee and scion of the Asuquo Ekpenyong Dynasty is well loved by his people while the entire Eniong Abatim community also holds the Governor in high esteem, hence the decision to come together and accord both a deserved reception.
Our appreciations goes to the Governor from Eniong Abatim people for nominating their son at the relatively young age of 30 as Commissioner and honouring their son with a two term appointment as Commissioner of Finance with additional brief as MD Tinapa (2016 – 2017) as well as a brief stint as Commissioner for Transport & Marine Services in 2018.
The Chairman of Odukpani Local Government Area, Hon. Mrs. Justina Edem, in her remarks disclosed that the new year get together was necessary for the people to merry and interact with their leaders.
In her words, “this also forms the nucleus of the reception for the Commissioner and a job weldone by the Governor for showing faith and believe in Odukpani people serving in his government. H.E developmental strides of the Governor in Odukpani LGA is best to none”, she aver.
Also Speaking, the Commissioner for Transportation, Hon. Oqua Edet Oqua, commended the State Governor for finding them worthy to serve in his government while also eulogising him for publicly declaring support for power rotation to the South.
He described Asuquo Ekpeyong Jnr as “the man with the right credentials, capacity and intellectual sagacity to liberate Odukpani LGA towards peace, love and unity”.
The former Nigeria Ambassador to Uganda, His Excellency, Etubom Nya Asuquo, said he had over the years observed that young people do better with power hence his resolved to support Asuquo Ekpenyong succeed.
According to him, Asuquo Ekpeyong, has performed creditably well as Commissioner of Finance, Cross River State. 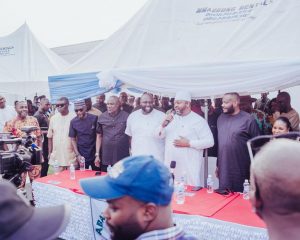 In his response, Mr Asuquo Ekpenyong, expressed gratitude to the people of Odukpani for the confidence reposed on him but stated, that the vote of confidence rather belongs to the Governor who identified him and appointed him at the young age of 30 to serve in his cabinet in a technical capacity.
On the call to contest in 2023, he politely but firmly stated, “the APC was a party with a mandate to govern and as such his focus was on his assignment as commissioner and his only task remains aiding Governor Ayade to deliver on his mandate as He may continue to direct.”
He tasked Odukpani people to continue to support His Excellency, Senator Prof Ben Ayade to complete his mandate by allowing the Governor to focus on delivering good governance.
Ekpenyong, commended the organizers for starting the year right by taking time to come together to thank God and plan for the new year. He thanked the Community for pooling their resources together to organize & host the event as he noted that he wasn’t even notified to contribute.
The Honourable Commissioner out of his generosity for his people, donated 2 million Naira for the Eniong Abatim Community and Odukpani Local Government Area.
The event was witnessed by APC National Youth Leader, Barr Ishmael Buba Ahmed, Leader of the Cross River State House of assembly Honourable Peter Odey, DG Cross River State Electrification Agency, Mr Stanley Nsemo, MD Summit hills Mr Joseph Edet  and other staunch party stalwart from Odukpani LGA and beyond. 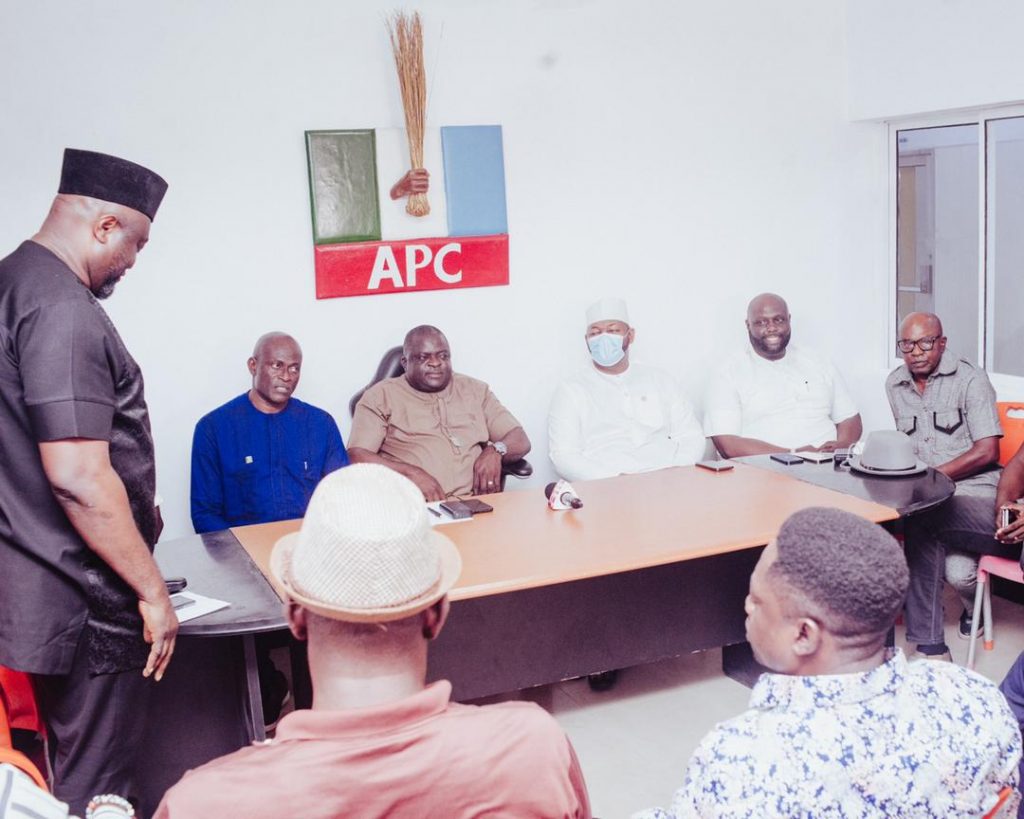