Skip to content
Share This
By: Emmanuel Unah.
Chief Henry Onwe,  the leading of the three  remaining  aspirants on the platform of the All Progressives Congress, APC,  for the Ogoja/ Yala House of Representatves position in the National Assembly  on Monday submitted his Declaration of Interest and Nomination forms in readiness for the election.
Chief Onwe  who was adopted by the Caucus of Ukelle APC for the primary election and a letter  signed by prominent Ukelle political leaders  transmitted  to His Excellency Senator Professor Ben Ayade to explicitly back their position insisted that he has not stepped down but waxing stronger in  the race.
He stormed the APC National Secretariat on Monday morning with a crowd of his supporters and  handed over the forms to the Secretary who received  and  cross checked and stamped received.
Chief Onwe whose friends bought the forms for him shortly after they were open for sale is the first to complete the formsvalong with all the needed documents including Current Tax Clearance which is a proof of his readiness to represent his people at the green chambers
Speaking with newsmen here in Abuja shortly after submitting the forms, Chief Onwe restated his readiness to contest the primary and by-election and assured that he has cordinators and polling unit  canvasers across the twenty four wards of the federal constituency and  with God on his side, victory is assured.
“I have gone round the twenty four wards of the constituency and have appointed cordinators and polling unit canvasers because I understand the primary could be direct or option A4 but which ever, my team and I are ready
“It is God who gives power and at this point in time, it is his divine will to enthrust it upon us and I can assure you nobody will regret it”.
He thanked His Excellency Senator Professor Ben Ayade for ensuring a level playing ground stressing that he is an avid supporter of the governor and ready to contribute to his Presidential bid.

Tue Jan 25 , 2022
Share This By: Prince Charles Ekanem. The good people of Eniong Abatim Community in Odukpani Local Government Area on Monday held a surprise welcome back ceremony for their son, Honourable Commissioner for Finance, Asuquo Ekpenyong Jnr. and a new year get together event to mark a successful 365 days of […] 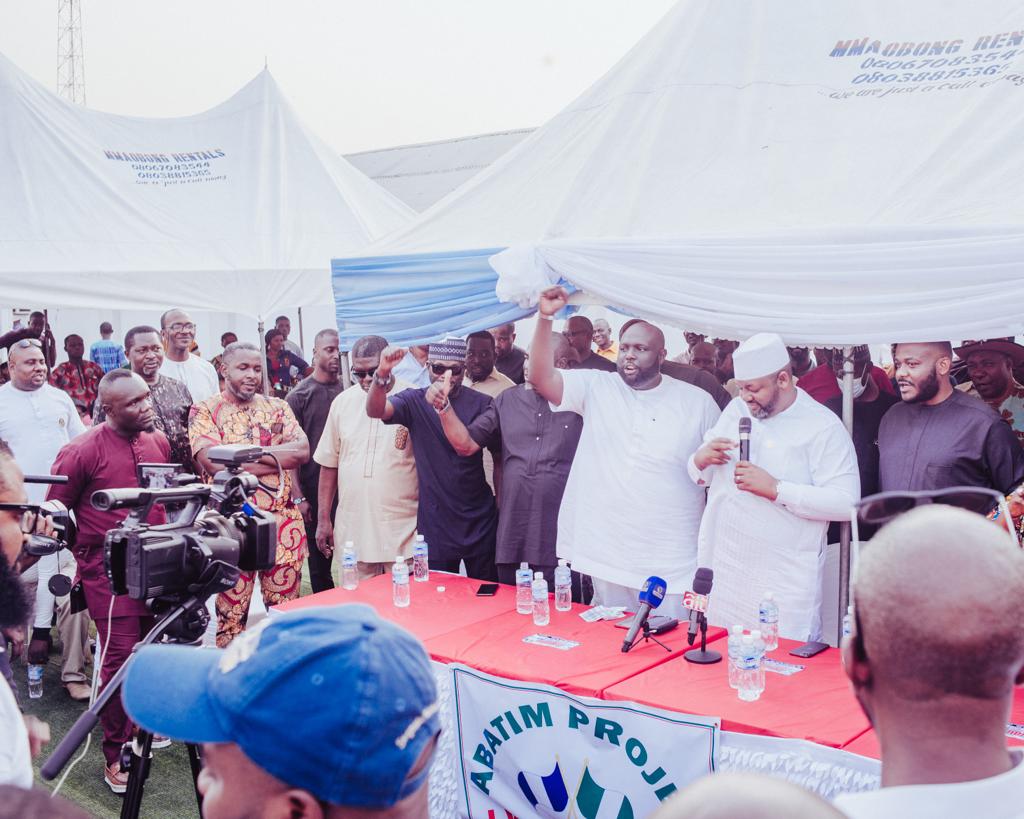