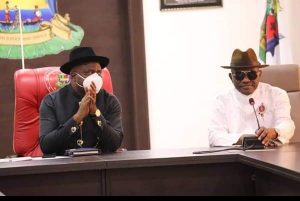 Rivers state governor, Nyesom Ezenwo Wike has said Peoples Democratic Party (PDP) governors and other stakeholders will work tirelessly for the party to produce the next Nigerian president in 2023.
He urged those fanning the embers of discord over the issue of zoning of presidential ticket and dividing governors, to focus their energy on rebuilding and strengthening the party ahead of the 2023 general elections.
Governor Wike stated this when he paid a courtesy call on the Governor of Bayelsa State, Senator Douye Diri at the Government House, Yenagoa on Monday.
“I’ve come to let him know that everybody as PDP members must put ourselves together to build the party. Without the party nobody can be a presidential candidate. There must be a party. So, there is the need for everybody to work together, make the party to be united before we talk about who will be presidential candidate.”
The Rivers State governor reiterated that Nigerians are waiting anxiously for PDP to rescue the country from the poor governance the ruling All Progressives Congress, APC has foisted on them.
“We cannot afford to miss this opportunity that Nigerians are giving back to PDP to takeover the government in 2023. Everybody must work together as a party. And as governors, we must work together. If we didn’t work together we won’t have had the best convention we have ever had as a party.”
Governor Wike warned that if governors and members of the party are not united, it would be difficult for the party to amicably nominate an acceptable presidential candidate.
According to him, PDP must capitalise on the brewing crisis in the APC to build a more formidable party to wrest power from the APC led federal government.
Governor Wike assured that PDP governors will not be distracted by the antics of those who are fanning the embers of discords in their bid to weaken their resolve to work unison for the PDP to clinch the presidency in 2023.
“We as governors will be united. Nobody can divide the governors because we are determined to work together to make sure  PDP produces the next president in 2023.”
He commended Governor Diri, who was the deputy chairman of the PDP convention committee for the pivotal role he played in ensuring the success of the convention that produced the National Working Committee  (NWC ) of the party.
Governor Wike urged the Bayelsa state governor to focus  on providing democratic dividends to the people of his state, as that is the best strategy to silence the opposition in the State.
“You must make a difference,  silence the opposition. We have silenced  them and will continue to silence them because they are looking for where to get Rivers State to fight Bayelsa. They are looking for how they’ll  use Bayelsa to fight Rivers. We’ll not allow that.” 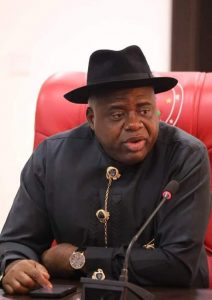 Bayelsa State Governor, Senator Douye Diri, lauded Governor Wike for the role he and other governors played in the emergence of a new NWC with a national chairman of proven integrity who will steer the PDP back to power in 2023.
“The presidency is one sacred office of our country that we must do everything to protect and to ensure that this time around, our party gets a clinch back. And that can only happen if you and I, not only governors, party structures elders, leaders and followers alike come together to give Nigerians their expectations.
“We all know here that Nigerians are expecting a change in the Villa. Nigerians are expecting a party to rescue them and the only party that has that pedigree is our party, PDP. There is no other party. So I thank you, have seen you going all over preaching the same thing, preaching unity of purpose of our party, preaching oneness, that is the right way to go.”
The Bayelsa state governor commended Governor Wike for his resolve to end illegal crude oil bunkering and  artisanal refining in Rivers State.
Governor Diri said the state government has credible intelligence that some of the illegal oil thieves and operators of illegal refineries intend to relocate to Bayelsa state. He warned that his administration will not tolerate their presence in his state.
“Let me use this opportunity to warn that Bayelsa will not condone any of those oil bunkers. Those days are over. We have moved on and anyone who is planning to leave Rivers State to come and start that illicit, illegitimate, illegal business in Bayelsa, please have a change of mind and look elsewhere, because we already have a standing committee on that. 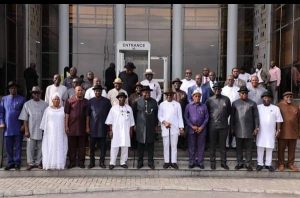 “From our state Security Council meeting,  we will come down very hard on anyone that will do that illegal and illegitimate business in Bayelsa.” 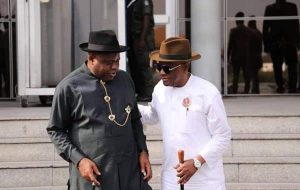 Tue Jan 11 , 2022
Share This By: Admin. The Yakurr people of Central Senatorial District, have declared their support for Senator Gershom Bassey, as he arrives the Palace of the Obol Lopon of Ugep and Paramount Ruler of Yakurr in continuation of his consultation towards the 2023 Cross River State Governorship. Speaking, while receiving […] 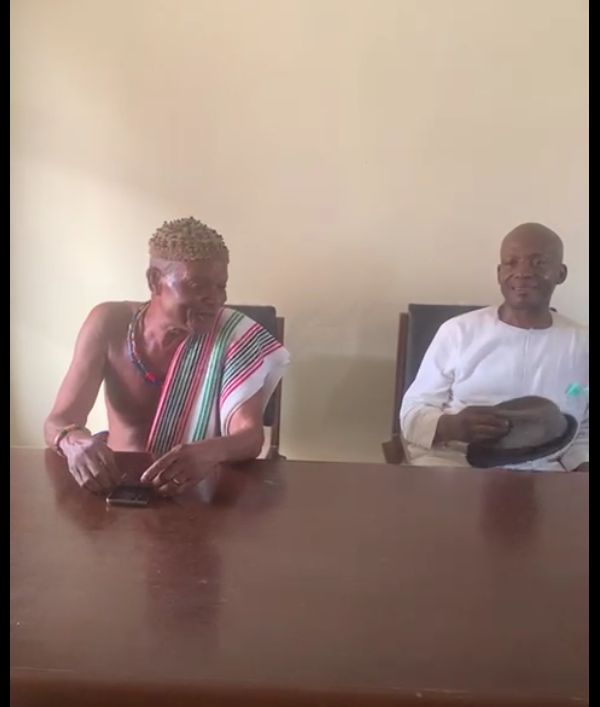