CHIEF Henry Onwe, the frontrunner in the Ogoja/Yala House of Representatves ticket on the All Progressives Congress, APC, platform has thrown his weight behind the momentum gathering for, His Excellenncy, Senator Professor Ben Ayade and his Borno state counterpart, Mahammed Zulum to run for Presidency in 2023.

Making this known to newsmen in Calabar on Tuesday, Chief Onwe highlighted the benefits the country stands to gain from the duo of Ayade and Zulum occupying Aso Rock in 2023.

“Ayade and Zulum are obviously the best performing governors in the country today. Ayade inspite of the lean resources of Cross River has made the state an industrial haven while Zulum has strode over the devastation and havoc committed in Borno State by Boko Haram which has been the epicentre of their activities by developing the state. These two are geniuses in every ramification and deserve to translate the magic wand used in their states to bring about development at the national level”.

Chief Onwe who has won over five social media surveys on who best fits the post of Reps member for the Ogoja/Yala Federal Constituency has consistently remained the top choice for the office because of his philanthropic works, humility and affable disposition.

He called on the APC party leaders to make the campaign and election for the position of President in 2023 a walkover by fielding the two governors who have popularity appeal across the country.

“Apart from being young, versatile and energetic, Ayade and Zulum are loved by people across the country. You can see a good example of this love when three governors and a former governor from the North visited Ayade during the Yuletide period to demonstrate love and commaderie which is a mark of national unity, an action we need to sustain in our polity”

He reiterated that the party and indeed Nigeria would experience the Malaysian and Singaporean growth paradigm when selfless leaders like Ayade and Zulum occupy Aso Rock.

” Growth and development in any nation is tangential to the personality of the the leadeds in office and Ayade and Zulum are the Hallmark of selfless commitment to the cause of statehood and nation bullding. As it is often said , the reward for a job well-done is more work and Ayade has shown this selflessness along with his Borno State counterpart and should therefore be given a national platform to do more”.

He said Ayade who is visionary constructed the Bakassi Deep Sea Port to decongest the Appapa port and make wat for easy evacuation of good to the Northern part of the country.

He assured of maximum support from his team and massive crowd of supporters in the Ogoja/ Yala federal constituency to ensure the Ayade- Zulum ticket coasts to victory in the primary and election.

” We have sensitised the consciousness of our people on what is good for us as a nation and we are ready to galvanize such support for action at the appropriate time” Chief Onwe stressed. 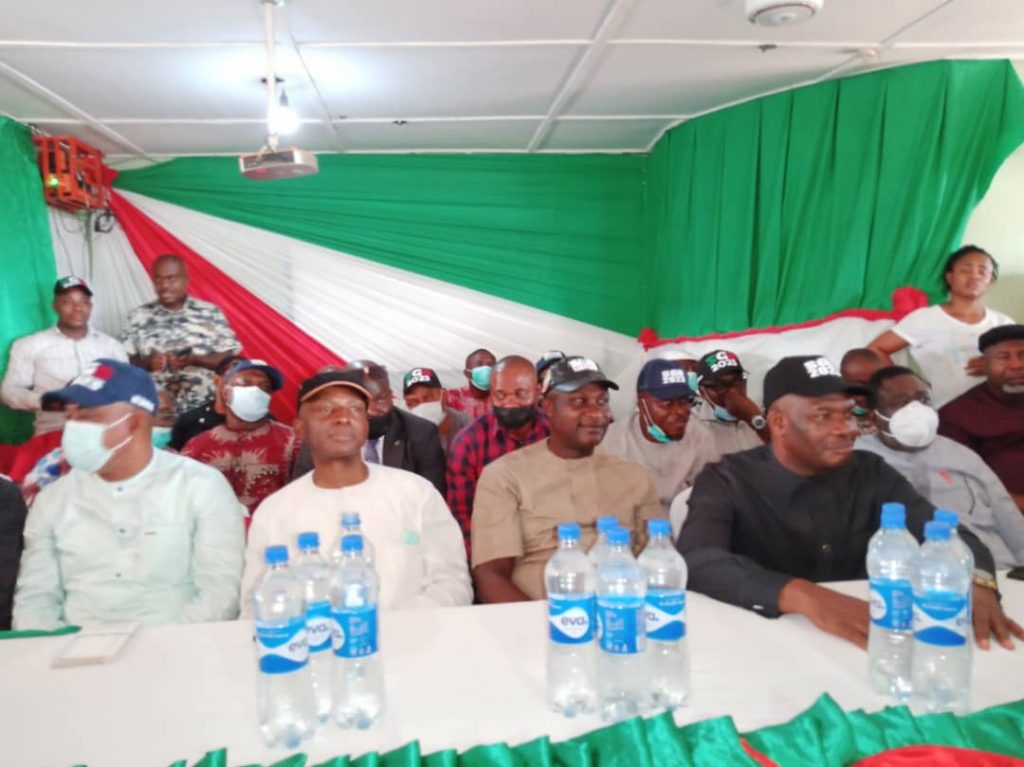