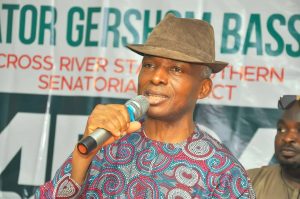 The senator representing the Southern senatorial district, Senator Gershom Bassey, on Wednesday,  5th of January, 2022, in Calabar, empowered over six hundred youths, men, and women in the state.
Gershom explained that the empowerment Programme in the Southern senatorial district was aimed at empowering PDP faithfuls annually in the state and this kind gesture will cut across the three senatorial districts in Cross River State. The popular senator who is known as the “Eagle” of Cross River State stressed the need to arrest the increasing unemployment and youth restiveness across the three senatorial districts for meaningful development to take place. He said,  the empowerment in cheques is the second phase for the women and first for the men. Bassey said this was in line with his firm belief and advocacy for good leadership. 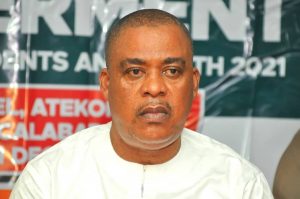 Also speaking, the former Abi/Yakurr Federal House of Representative, Rt. Hon. Bassey Ewa said annually, they usually celebrate Christmas and New Year with party faithfuls from 1999 when he met the likes of His Excellency Donald Duke, Senator Liyel Imoke, and Distinguished Senator Gershom Bassey in the system. He added by saying since Gershom has decided to continue blessing Cross Riverians like this, Central Senatorial district who are not known for noisemaking but action will not forget him. 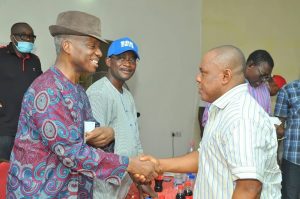 Barr. Mba Ukwene (SAN) Said, Gershom, is a man that wouldn’t want to enslave the people but want to teach the people how to fish by training them through skill acquisition and empowerment scheme. “The Oracle of Law” said unemployment was one of the biggest challenges facing governments across the globe, adding that the menace was redefining national security, reshaping politics, and changing societies. He said the creation of more empowerment schemes will reduce the rate of unemployment, thereby making the army of the beneficiaries to be self-employed. 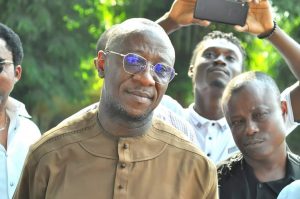 Barr. Ekpo Adah (Gershom’s DG) disclosed that the recent empowerment is a sign of care, good governance, and panacea to a peaceful and secured environment in the state and as well as a new year gift for the people.
#SGB MEDIA.

THOSE PROMOTING AND SPREADING ZONING... EITHER COWARDS, OR ETHNIC JINGOISTS.

Thu Jan 6 , 2022
Share This By: #SGB MEDIA. Dear “Orator of the Senate”, You are heating below the belt! It’s normal to allow statements like this slide into irrelevance when some people say them but abnormal to let them slide when they are said by  people whose aristocratic ascension came from the same […] 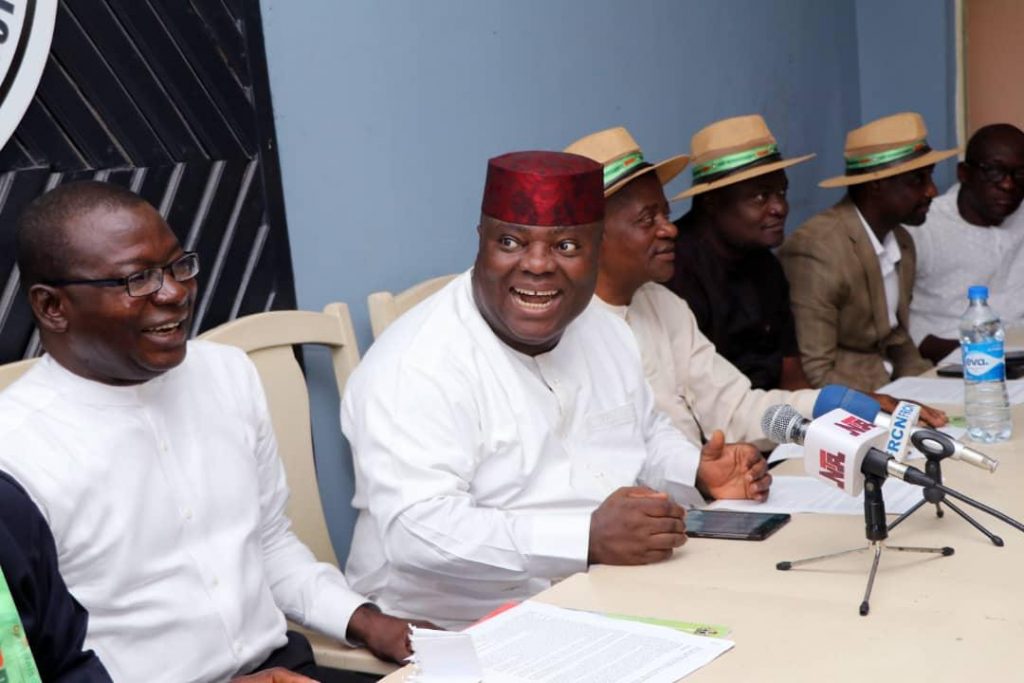