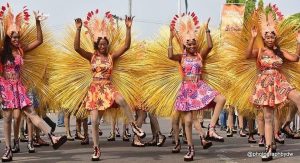 The Calabar Carnival, Africa’s biggest Street party may not hold as usual. Hence, the COVID-19 pandemic protocols and the effects of the last year #EndSARS on infrastructures in Calabar, according to Honourable Commissioner of Tourism, Eric Anderson.

Carnival Calabar, has been an Annual event in the State, since it’s inception in 2004, by the Donald Duke Administration and has always been held from December 1st through 31st.

Over the years, the Calabar Carnival has grown to become an International festival comparable to her counterparts in other climes of the World. Biggest in Africa, putting Nigeria on the map and Calabar, as the tourist destination with it’s attendant economy boost and the converged of millions of tourists in Calabar.

Recall that during the 2017 edition, Governor Ben Ayade said, “the carnival is to showcase Africa as the richest continent and a blessed place where the young ones should be proud to belong.”

The Carnival officially begins with a Tree Lightening ceremony to showcase diverse cultural display, ranging from art gallery, dances, foods, masquerades parade, costumes, competition by various Bands and the hospitality of the host City, Calabar, as destination of choice.

Some of the main events include J’ouvert Band fetes, the crowning of the Carnival Kings and Queens for each Band, the Christmas Party Cultural Carnival, the Children’s Carnival, the Mary Slessor Golf Charity Dinner and the Annual Ekpe masquerade festival.

The 2021 Edition may likely not hold, judging by the fears expressed by Honourable Commissioner of Culture and Tourism, Eric Anderson, who said the attendant effect of the #EndSARS on infrastructures destroyed and the COVID-19 pandemic protocols is two major bane.
“In early March this year, Nigeria was hit by COVID-19 and Cross River was not left out. While we were trying to come out of the pandemic, the #EndSARS protest which was hijacked by hoodlums erupted.

“Among the state ravaged and looted, Cross River suffered the most. Tinapa is gone, Calabar International Convention Centre CICC, is gone. In all, over 120 properties were affected by that senseless destruction. This is a time of sober reflection for us. We have been badly battered.

“Secondly, we have not gotten approval from the Presidential Task Force on COVID-19 to organise the Carnival, maybe due to the fact that hosting the magnitude of Carnival, Calabar at this point in time would break the COVID 19 protocols,” he stated.

Asked on the significance of the Cultural Village, Anderson said, “it was to exhibit Cross River State arts, crafts and culture to avoid them being swallowed by other people’s cultures which young people see as modernity.

“We are just exhibiting our arts and culture. It is a form of reassessment of heritage and every thing which makes us unique.

“That is why we have allocated booths for all the 18 local government areas of the state to exhibit what they have.

“It is going to be very competitive and prizes will be given for best cuisines and other things.”

Speaking with our correspondent, Mr. Etim Bassey, a Seagull Band trainer posited;
“I am very sad because I know what I usually gain from teaching people how to dance, in preparation for the Calabar Carnival and I am anticipating that this year’s carnival hold,” he said.

DR JANET EKPENYONG CELEBRATES OBONG OF CALABAR, AS HE MARKS HIS BIRTHDAY.

Sat Nov 20 , 2021
Share This By: Admin. November 20th every year remains special as the Efik Kingdom, Cross River, and the whole of  humanity  Celebrate the Nativity of a dynamic leader, passionate, people oriented and charismatic King, His Eminence, Edidem Ekpo Okon Abasi Otu v. To some the Obong is a symbol of […] 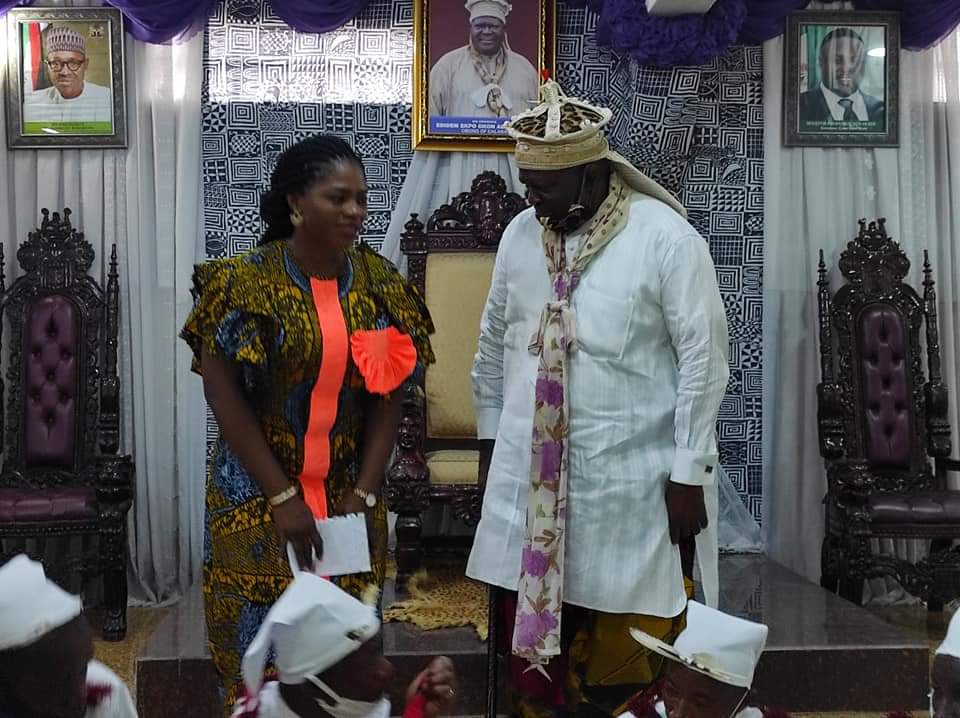