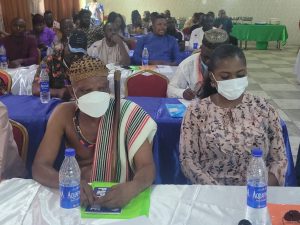 211,400,708 is said to be the total estimated population of Nigeria, the World’s most populated black country as of 2021 with a Gross Domestic Product of 440.00 US Dollars , with 71% of the total population living below the poverty threshold of 3 dollar daily, Deployment is undoubtedly stalled as a result of wrong planning and poor estimation.
On this premise, relevant stakeholders, Government MDAs including  Health, Justice, Local Government, National Population Commission etc, private sector,  development partners, traditional and religious institutions  converged at the Conference hall of Naks hotel calabar to discuss issues bothering on inaccurate data as regards population growth especially in the  registration of new births in health Facilities both in rural and urban areas.
Pleased to be part of the key team to foster development in the country by drawing a new framework for the collection of population data is Dr Janet Ekpenyong, the Director General of the Cross River State Primary Healthcare who was in company of Local Government Chairmen, some traditional rulers, Directors from the state Ministry of Health, Justice, staff of National Population Commission, UNICEF and other development partners and agencies of Government. 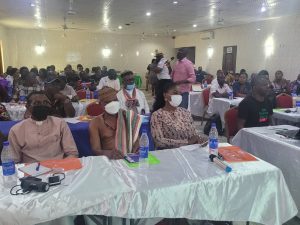 Sharing her opinion on the “2-Day stakeholders engagement and development of micro policy and action plan  on collaborative birth registration service delivery at health facilities and across all levels in Local Government Areas in Cross River State” ,  Dr Ekpenyong said it’s highly regrettable for a nation like ours to work on estimate instead of actualized figures.
She said, it’s high time relevant authorities Develop a centralized database where new births can be registered and older ones inputted to project a future where there will be equitable distribution of wealth , prompt intervention during outreaches for health and other social programs.
According to her, the poor figures obtained for the National Population Commission has affected the planning, implementation and outcome of various health programs like routine immunization for children, maternal and child health support as well as preventive approaches during pandemic.
“The lack of a working data base in the country has continued to hinder appropriate planning and development especially in the health sector where actual figures has remained a mirage.
It is important for us as a state to start early to get the true picture of what the population states.
For us in the health sector, there are lots of health interventions and if we must be able to cover the number of children or adults in any intervention, birth registration should become a priority.
Our state is totally commited to the future of our nation  and will ensure that all children delivered in health facilities are registered and any child who visits the Primary Healthcare Centre for routine immunization, birth certificate will be emphasized to ensure the child has been captured as a citizen of Nigeria. This must be supported by other agencies responsible for population records, child protection and other related matters”. 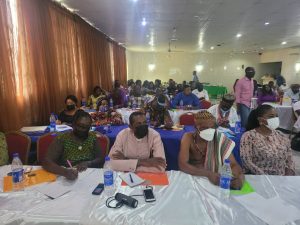 At the end of the deliberation , Dr Ekpenyong assured stakeholders that conclusions met will be communicated to all Primary Healthcare Centres for compulsory issuance of birth certificates in collaboration with the National Population Commission, regular capacity building for health workers to work harmoniously with Traditional Birth Attendants to see that all births are registered.
Also speaking was Dr Ibrahim Konteh, the Unicef Head of Enugu Field Office , who reiterated UNICEF commitment to support Cross River State Government in the process of developing the  policy that will strengthen the uptake of birth registration in the state. He also  acknowledged the importance of setting up a Technical Working Group that will serve as the engine room to ensure implementation and monitoring of process of birth registration in the state.
Stakeholders from National Population Commission, Chairmen of Local Governments, Special Adviser, Directors from Governments MDAs, Traditional rulers including the Obol Lopon of Ugep, Traditional Birth Attendants, CSOs, NGOs and others gave their buy in to the development and successful implementation of a policy to improve Birth registration in the state.

Sun Nov 7 , 2021
Share This By: Admin. The year, Anglophone West Africa’s longest running film festival; the Abuja International Film Festival which was founded 18 years ago by veteran Nollywood Filmmaker Fidelis Duker has honored some eminent Nigerians for their support for the industry. The Honors list this year had the Governor of […] 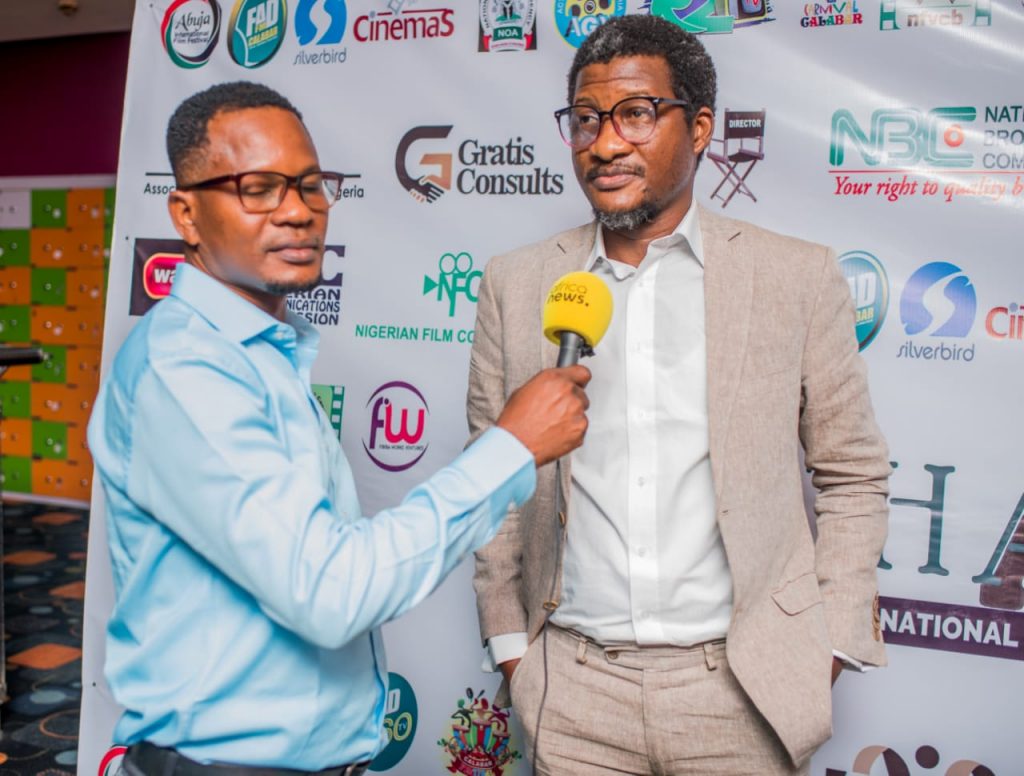