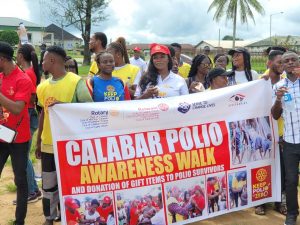 In marking the World Polio Day, the Cross River State Government is to partner the Rotary Club International to create awareness.
Lame, paralyzed and rendered handicapped for life, male and female are  victims of these circumstances, over no fault of theirs, they may never feel good interacting with other humans who are privileged to walk and not limp like them; Poliomyelitis, One of the world most deadliest viruses must have made the difference.
These victims are suffering from wrong dicisions undertaken by their parents and wards, unknown to them(parents), they were misinformed on the essence of Vaccination, it’s constitution, as they underrated the role it can play to save a generation.
Some were told that it contradicts their Religious believe, others thought it was against their Cultural practices and hence the poor acceptability in most regions of the country leading to high under 5 mortality and infection.
With 1 in 200 affected by this virus leading to paralysis,  government at all levels including stakeholders and supportive individuals are not left out in the fight for total eradication and elimination of the virus  on the surface of the earth, they  have risen to raise awareness and Improve sensitization on the need for all  to wholeheartedly accept vaccination and save their wards and children from being infected with the virus which causes irreversible damage to some organs of the body. 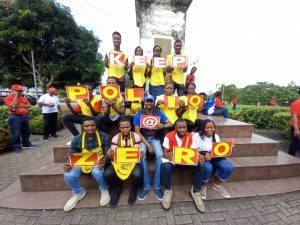 In Cross River State, the 2021 World Polio Awareness Day was marked  with a carnival like  display featuring long walk , talks , drama and sensitization across major streets in Calabar Metropolis courtesy of the Rotary Club International in Partnership with the Cross River State Government.
Appreciating the efforts and supports of the Rotary Club, Director General of the Cross River State Primary Healthcare Development Agency, Dr Janet Ekpenyong, noted that the state government intentionally introduce high impact interventions to Eradicate Polio in the state with collective effort by all stakeholders including Rotary International,  UNICEF and World health organization,  a feet that is already being replicated in other disease eradication programs.
She said, the high impact response which was implemented recently in the state was aimed at bridging the gaps created by Cultural, Religious and topographical differences which limits access to hard to reach areas thereby leaving and exposing children in these areas to infection.
Ekpenyong said, over a thousand health workers were deployed to different areas recently where under 5 children were given supplimentay doses of the oral Poliomyelitis vaccines as a means to guarantee the safety of Children.
She called for more deliberate measures in tackling the disease especially as some countries of the world still have recorded cases of Poliomyelitis which leaves the world endangered to it’s wild spread and infection.
She admonished  parents and caregivers not to be reluctant in accessing health facilities in times of health challenges to gain access to professional medical care and support .
Representatives of the Rotary Club International commended the state government , particularly thr Director General of Cross River State Primary Healthcare Development Agency,  Dr Janet Ekpenyong  for the great effort and supports to hard to  reach areas and the implementation of various programs which was crucial in Poliomyelitis eradication in the country and the world at large.
They commended the ever dedicated team of Health workers in the state for their steadfast approach in reaching out to millions of children in different Communities who today are free from all forms of illnesses.
As we mark this symbolic day, Much praises should be given to the health workers who inspite of all challenges and barriers, reached out to children in far away places like Belegete in Obanliku Local Government Area , Ugboro in Bekwarra and in some Muslim communities in the metropolis like Bogobiri and Nasarawa without any discrimination on Cultural or Religious bases.

BIRTHDAY: EPISTLENEWS CELEBRATE DR BETTA EDU, WHO'S LIFE IS IN SERVICE OF HUMANITY.

Wed Oct 27 , 2021
Share This By: AMAWU, Cletus Albert Amawu. The Management and Staff of EpistleNews, producers of The Verdict, your voice of conscience on FAD 93.1 FM Calabar, sincerely wish to express our very profound Happy Birthday felicitations to an Amazon, Quintessential, Priceless Jewel, Advocate of Peace, Mother of the motherless, Provider […] 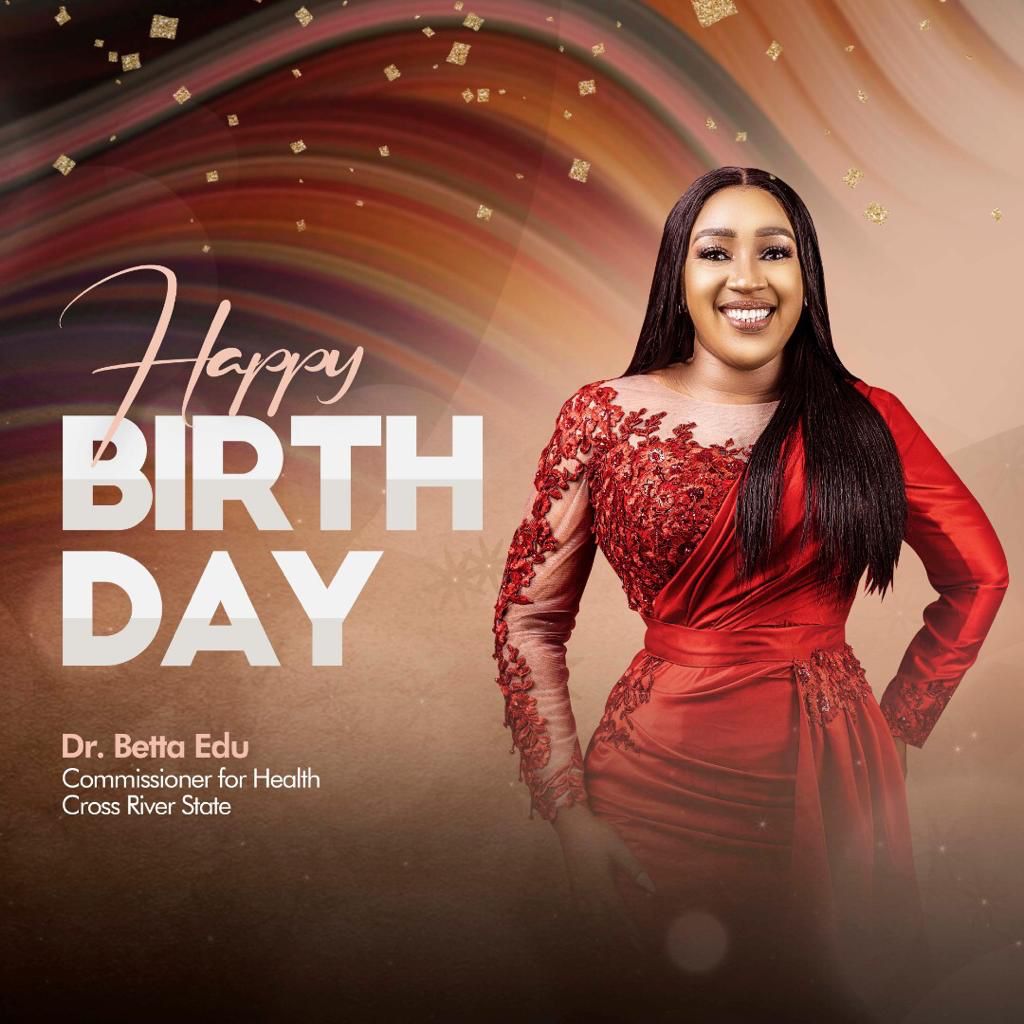