Skip to content
Share This
By: Admin.
The Management of EpistleNews, an Online News Media, Member, Association of Cross River Online Journalists (ACROJ) and Producers of The Verdict, your voice of conscience a socio-political Programme on Radio in Calabar, Cross River State, have appointed Comrade David Agabi, as Editor-in-Chief of the EpistleNews.
David Agabi, is a Political Analyst, Public Speaker and Publisher of Africa SPRINT Magazine.
Born 11th October, 1985, in Ibong Begiaka Village near Bedia in Obudu Local Government Area, Cross River State, South-South geopolitical zone of Nigeria to the family of late Pa Linus Agabi and Lady Lydia Agabi.
Comrade Agabi, attended Saint Pius Primary School, Ibong 1987-1992, Bedia Secondary Commercial School Bedia, Obudu; Begiading Secondary Grammar School, Ohong, Obudu and Government Secondary School, Ikom between 1994-2000.
He is the first son and second child in the family of four having successfully completed his Secondary Education and proceeded to the University of Calabar, in 2001 and obtained a Bachelor of Science (Hons.) in Environmental Protection & Resource Management in 2007.
The young David, full of ambition and poise to better the lots of his family and pursue a career left Calabar for Lagos shortly after his graduation, where he got a job as Assistant Manager with Kess Frankess Bar & Restaurant, and concurrently doing a Diploma Programme with Cyberlink International Ventures, Shangotedo, Eti-Osa, Lagos and obtained a Diploma in Computing in 2008.
Determine to go higher, he resigned his first job and got a new job as Caterer with Tantalizers PLC in 2008-2009, Lagos.
Longing to assuage his passion of becoming a Media Practitioner, David, also resigned his job and got admission to study Journalism with Federal Radio Corporation of Nigeria Training School, Shogunle, Ikeja, Lagos and obtained Basic Certificate in Journalism 2009. Having completed his Journalism qualification programme, he worked briefly with erstwhile  News Star Newspaper, Ikeja, Lagos 2009-2010.
In his quest for versatility in human endeavours, he ventured into Guarding with Servtrust Prudential Guards limited 2010-2011.
Having successfully garnered the required experience and his qualification as a Journalist, the coast was clear to pursue his journalism career.
He then returned to Calabar in 2012, within the same year, he proceeded to Kaduna and worked with NTA StarTV Nigeria Limited, as After Sales Technician 2012-2013 and later Sales Rep from 2013-2014.
In 2014 he got Admission  with the  Institute of Public Speaking Nigeria, Kaduna and obtained a Diploma in Public Speaking Kaduna, in August same year while volunteering as Project Officer,Triumphant Youth Foundation, Kaduna.
In the last quarter of 2015, David, left Kaduna back to his home State, Cross River and quickly worked with the State’s Tabloid,The Nigerian Chronicle as Lineage Correspondent 2015-2017.
By 2017, the “Arch-Bishop” as fondly called by his friends and admirers left Print Media for Broadcast Media as a Reporter with the State’s second private radio station, FAD FM 93.1 Calabar, and rose through the ranks to become the Head of News & Current Affairs Department and double as Political Commentator.
Poised to become a major player in the Media and Communication Industry in Nigeria, David left Calabar, in February 2020, to the Federal Capital Territory (FCT) Abuja and established an Online News Media; Africa Today and later Africa SPRINT Magazine. A monthly publication that focuses on precarious and essential African issues ranging from security, economy, defence, commerce, entertainment, tourism & hospitality, lifestyles, politics and sociocultural matters confronting Africans in the continent and the world.
Comrade David Agabi, is a devout Christian, a member of Christ Embassy.
He is a lover of African history, a Journalist per excellence and a role model to young people.
EpistleNews, welcome Comrade Agabi, to the Management Team, wishing him a happy stay and confident that he will share his experience to impact knowledge to the younger Journalists in the Organisation.
Accept our highest esteemed regards!
Signed:
Comrade AMAWU, Cletus Albert Amawu.
Publisher, EpistleNews.

Sun Oct 24 , 2021
Share This By: Emmanuel Unah. Ukelle People’s Parliament,  consisting of major  political stakeholders in Ukelle  nation cutting across the six wards of the constituency have thrown its  strong weight behind  Chief Henry Onwe’s Ogoja/ Yala  House of Representatives project. Present at the endorsement which tool place at the weekend in […] 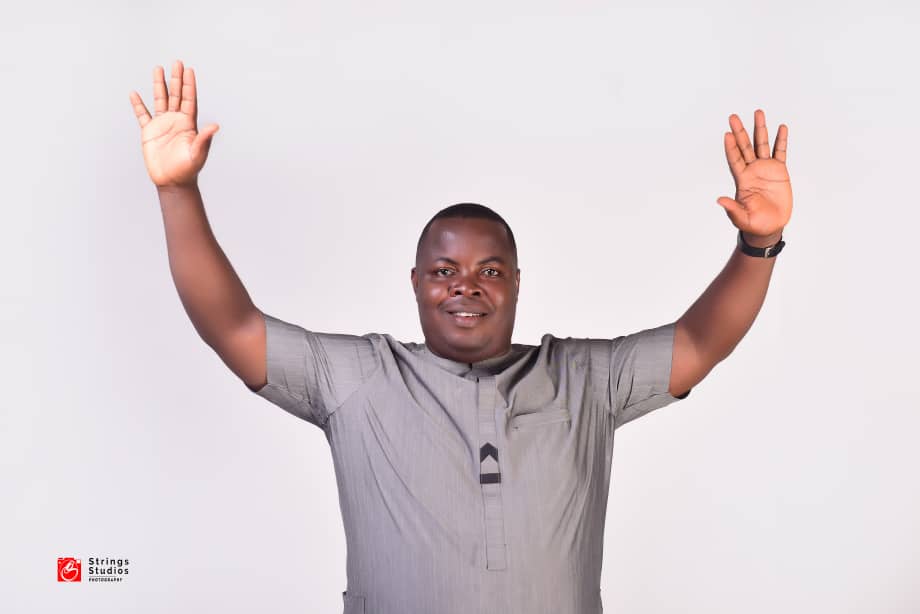