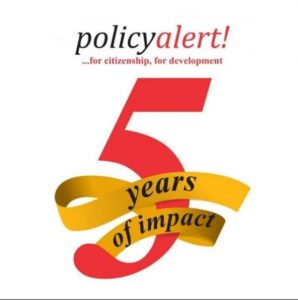 …calls for immediate audit of the stabilization fund..

Policy Alert, a non-governmental organisation working for economic and ecological justice in the Niger Delta has called on the Revenue Mobilisation, Allocation and Fiscal Commission (RMAFC) to use the opportunity of the ongoing review of Nigeria’s revenue allocation formula to set aside a percentage of Nigeria’s oil derived receipts to finance the country’s transition to a clean energy future.Executive Director of Policy Alert, Tijah Bolton-Akpan, made the call today at Port Harcourt during the South-South Regional Public Hearing on review of the revenue allocation formula by the Commission. He noted that countries around the world were fast moving away from oil but it appeared that Nigeria was too addicted to oil to take note, which makes the country highly vulnerable to future fiscal shocks.

He said: “The fact that more than two-thirds of all federally distributable revenue are derived from oil exposes the entire revenue mechanism to oil price volatility, but especially so the oil producing States where the bulk of total available resources come from the 13 percent derivation, as opposed to non-oil sources. During Covid19, we saw how vulnerable some of these states are to revenue uncertainty. With the world migrating to cleaner, renewable energies, playing the Ostrich will be bad for Nigeria but it will be much worse for oil producing sub-nationals that have been sold the promise of oil and will likely be left with the shorter end of the stick due to the risk of stranded oil and gas assets and higher social burdens from stranded oil producing communities. The implications are scary.”

“We call on the Commission to propose the creation of an energy transition fund using between 3 to 5 percent of all federally
distributable revenues to insure the fiscal health of the nation and its sub-nationals against energy transition-related fiscal shocks in the future.

The process that led to the Petroleum Industry Act (PIA) 2021 provided an opportunity to begin the weaning of Nigeria from oil-derived revenues through deliberate legal provisions that could bridge the fossil fuel era with the clean energy future, but we eventually got a PIA that Is blind to the reality of climate change and the energy transition.

We squandered the opportunity. The ongoing review of the revenue allocation formula presents another unique moment to get it right. We must not allow it to waste.”

On the Ecological Fund which receives two percent of the revenues in the current formula, the organisation proposed that the share payable to the Niger Delta Development Commission (NDDC) should be slashed from the current 50 percent to 25 percent while the remainder is added to what is paid directly to the states. Justifying Policy Alert’s position, its Executive Director cited persistent shortfalls in release of the funds to the NDDC and the perennial governance challenges of the Commission which invariably hampers the ability of the Commission to fulfill its mandate of plugging development gaps of states in the Niger Delta Region.

The organisation also called on the Auditor General of the Federation to urgently conduct an audit of the Stabilisation Fund, which receives 0.5 percent of distributable revenues in the current formula.
He said the Fund had metamorphosed from the fiscal fallback option it was designed for into an emergency chest from which loans and payments are advanced for sundry purposes to all manners of institutions. “We also deem it an injustice to draw from this Fund indiscriminately, leaving states at risk of having little left for the rainy day” he said, calling on RMAFC to design an incentive-based mechanism to guide future drawings by
states from the fund.

STRIKE: CRS ORGANISED LABOUR TO EMBARK ON AN INDEFINITE STRIKE FROM 12TH OCTOBER, 2021.

Mon Oct 11 , 2021
Share This  By: AMAWU, Cletus Albert Amawu. The Organised Labour, Cross River State, comprising NLC. TUC and the JNC. today in Calabar, at the premises of TUC. #4, Ededem Street, Calabar South, issued a Notice of Industrial Action to the Ayade, led Government, directing all Workers in the State and […] 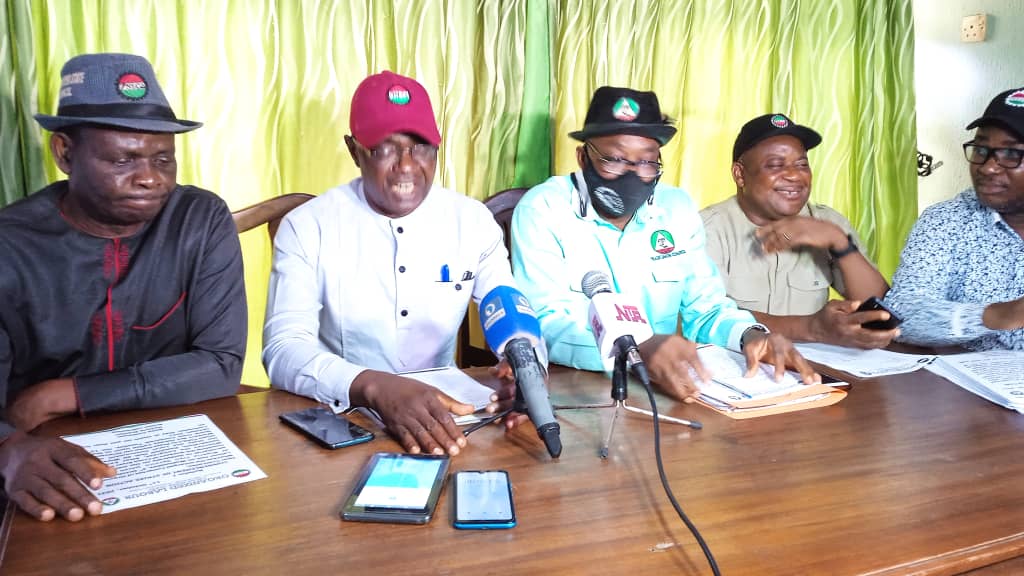