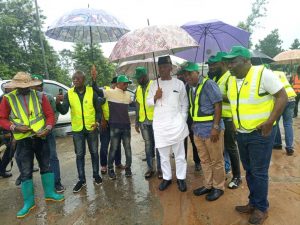 According to Senator Gershom, FERMA is intervened in Federal Roads across the State in Odukpani, Ogoja, Ikom, Calabar South, Calabar Municipality, Yakurr, Boki, Akpaboyu and Ranch in Obanliku Local Government. He assured that other local communities would soon benefit from the intervention scheme which is either though direct labour and awarded to contractors.

On the Odukpani-Itu Road, he said the contract have been awarded to three contractors, Sermatech, Julius Berger and a Chinese Company. Hence, the disagreement with some communities over passage of way has been resolved. He called on the Federal Government to release funds for the commencement of construction work to alleviate road users on the devastated road. 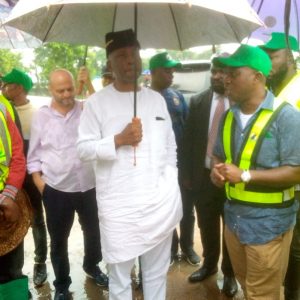 “We are in the process of oversight function to ensure that the work on our roads is properly done and I have told the engineers that they should get ready with all their documents and get ready to bring them to Abuja because we at the National Assembly want Nigerians to get value for money spent on these projects”.

Senator Gershom “so far the quality of work on projects inspected is encouraging but that, a technical inspection team will be sent from Abuja to verify and once cleared, then a handshake will follow.”

“It is worthy of note that, for the first time the South-South Zone and Cross River is allocated high numbers of roads being intervened on by FERMA,” and promised that more roads would be rehabilitated in the 2022 fiscal year.

Sat Sep 25 , 2021
Share This    President Muhammadu Buhari addressed the 76th United Nations General Assembly, UNGA, in New York, the United States of America on Friday, September 24, 2021.   Here is the full text of the speech read by the Nigerian leader at the event: Permit me to congratulate the Secretary-General, […]