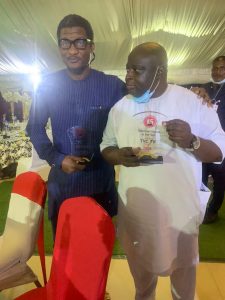 In recognition of its enviable role in radio programs, FAD93.1FM Calabar has emerged as the ‘Next Rated Radio Station in Nigeria’ in promoting excellent radio programs in Cross River State and Nigeria at large.
Receiving the award at the Nigerian Media-Nite Out Awards (NMNA) held in Lagos on Saturday, September 18, 2021, the founder and Chief Executive Officer of FAD MEDIA GROUP, owners of FAD93.1FM Calabar, and FAD360TV, Mr. Fidelis Duker said the radio station has over the years gone beyond just providing news items to listeners but has evolved as reporting news on all modes of exemplary radio programming which include sports, radio drama, entertainment, and many other interesting programs.
Duker described the award as a reflection of the hard work of management and staff, promising that the recognition will further encourage the station to continue to provide improved service to the public.
While thanking the organizers of the event for recognizing the commitment of FADFM in reporting verified and reliable news items in Calabar and its border towns, Duker said such an award serves as an impetus for better performance.
He also assured Cross Riverians and Nigerians, that Fad Media will continue to do its best by developing more people-oriented programs that will birth development and emancipation for the nation.
On his part, founder of NMNA and chairman of Solkem Entertainment, Sola Olugbemiro, said the event had been the darling of many media practitioners, as it lends credibility to practitioners who are excelling in their different areas of concentration, while also calling on practitioners to better their performances and work ethics.
The 4-year old radio station has in the last three months received three awards for its exemplary programming and in-depth news coverage.
The first from the United Nations for being the best station in Cross River to report accurately on health issues in the wake of covid-19. Again, Fad Fm won the best radio station in South-South at the South-South Media Excellence award, which had nominees from Arise TV, Journalist Hangout of TVC, Channels amongst so many others.
The awards are coming after the station celebrated its fourth anniversary on September 1, 2021. Not only has FAD93.1FM created a successful station as an expansion of the FAD MEDIA GROUP, but they have also reached a national audience and have established themselves as one of the leading electronic talk, news, and music radio stations.
How It Started.
13 years ago the dream was conceived by a Visionaire, Mr. Fidelis Duker when he visited Tinapa for the Calabar Carnival in 2007. Mr. Duker who is a veteran in the Nigerian film industry is a Cross Riverian that grew up in the north but spent most of his time in the west. He saw the opportunity to create a platform where the state of the polity can be discussed, with a view of creating an enlightened society. The journey so far has been both engaging and challenging with breakthroughs that have contributed to the history of this great media enterprise.
FAD93.1FM began full transmission on September 1, 2017, after several test transmissions, in June 2017. The dream came true due to quality preparation which has always been a key element in the Fad Family as it started broadcasting and showcasing the best of both human and technical resources, south of the Atlantic.
FAD 93.1FM, no 1 talk, music, and news radio started with many gifted On-Air Personalities which at the time were largely made up of those who had been groomed and prepared within the boundaries of our dear host state, Cross River.
Programs:
Early Risers Breakfast Show
Talking Sports
Morning Tonic
People’s Opinion
City Pulse
Playlist Show
Piom Piom
Shuga Talk
Arewa
Sound Health
Area931
Piom Piom Reloaded
Sunday Special
Office Wahala
Item Yeido
Morning Rush
And many others.
Where We Are Now.
FAD93.1FM has served diverse communities, offering a wide variety of programs, viewpoints, and content, and reflects the diversity of audiences in their organizations and operations. We have been able to reach remote communities and vulnerable people, offering a platform to intervene in the public debate, irrespective of people’s educational level. We have also played a crucial role in emergency communication and disaster relief.
Over four years, FAD93.1FM has amassed some impressive numbers. Streaming 24 hours, covered several government functions, and lots more, it’s safe to say that they have achieved monumental success in just four years.
You can listen to a live broadcast of FAD93.1FM on Radio Garden, or visit their website ( www.fadfm.com) for more information. 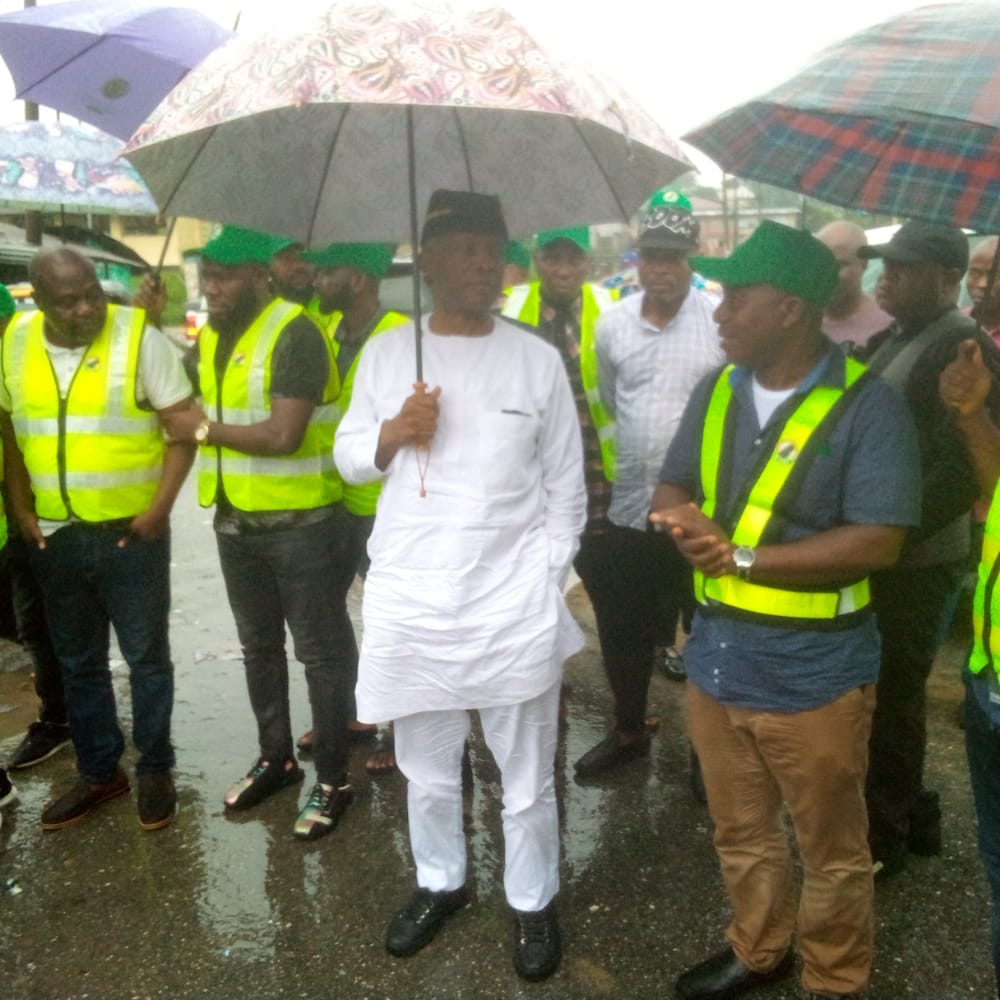