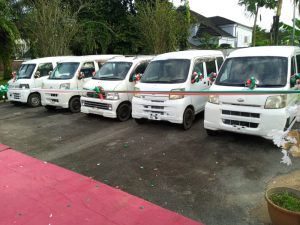 The Senator representing Cross River Southern Senatorial District, Sen. Gershom Bassey has continued his empowerment spree once again across his district. He decided to put smiles on the faces of women by giving them mini-buses. 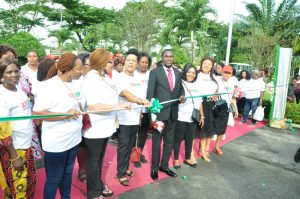 In line with  Distinguished Senator Gershom Bassey’s promise of financial and economic leverage, he has graciously empowered and donated five Mini buses to five grassroot women cooperatives.
This is the initiative of the Senator’s Dear wife, Dr Mrs Chioma Gershom-Bassey to roll out a women owned, run, operated and managed transport services as this will alleviate the sufferings amongst grassroot women in terms of easy and accessible transportation of goods and services within their communities at a subsidized rates, this will also result to Income generation by cooperatives to fund  valuable  programs, activities and projects in line with sustainable development goals. “The Grassroots transportation scheme is aimed at subsidizing 50% to women and free for children under the age of 10years.” 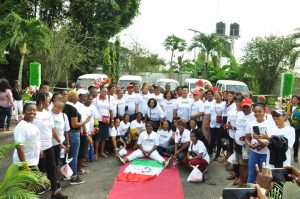 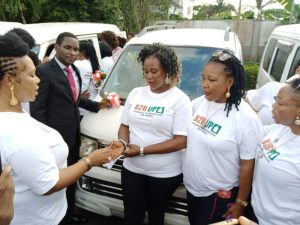 Speaking for and on behalf of the beneficiary groups, Rt. Hon. Oma Edem expressed her excitement and thanked the senator as he continues his empowerment programs across the Southern Senatorial District, saying she’s never been in doubt of the effective representation of the distinguished Senator and applauded the senator’s wife as the brain behind the women empowerment.

Wed Sep 22 , 2021
Share This By: Okorebi Esien. A Non-governmental Organization given to Peace Building and Conflict Management in the Niger Delta region of Nigeria , Partners for Peace in the Niger, P4P has called on the government of Cross River State to as a matter urgency begin the process of implementing the […] 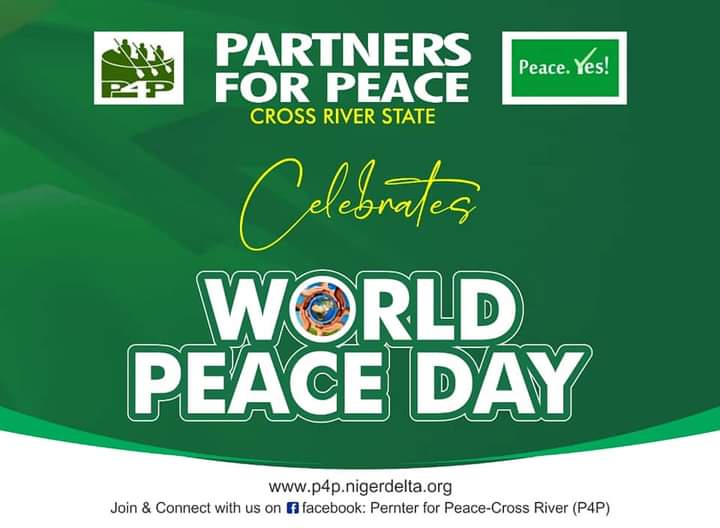