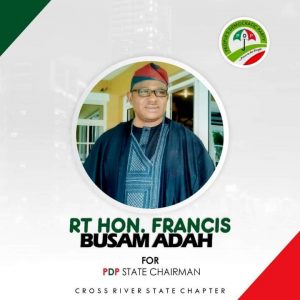 Text Of A Press Release By Rt. Hon. Francis Busam Adah, Debunking Claims That His Candidature Is Being Sponsored By Governor Ben Ayade:
“My attention has been drawn to a libelous publication making the rounds of a recent meeting with Gov Ben Ayade, in the company of the Hon Minister of State (Power), Chief Jedy Agba, in Obudu, purportedly to sponsor my candidature for the chairmanship of CRS PDP.
“I do not only find it laughable, but insulting of my very cherished reputation.
“I do not deny that I was in Obudu last weekend for a chieftaincy award on the Hon Minister of State, on whose invitation I made that trip. The Hon. Minister has been a brother and long lasting friend whose present political affiliation has never affected that relationship. Many other members of our party were also at that event and therefore my attendance was not a secret.
“At no time did I meet with the Governor as claimed, because this same Governor has never hidden his absolute disregard for my ambition and I wonder when that could have changed for him to now sponsor me after leaving our great party.
“This story is therefore the work of wicked, mischievous and desperate characters aimed at deceiving undiscerning minds.
“I want to make it categorically clear that I am running for the chairmanship of our party because I believe that I am eminently qualified and able to take our party to the next level. I am also not being sponsored by Gov Ben Ayade or anybody these perverted minds are conjuring up.
“It is this same arrogance of power that we as leaders of the party in the state had vowed not to continue in, after the Governor and several of his followers left the party. Sadly, I am now being vilified just for attempting to run for office in a party where I have committed and also sacrificed much.
“My fellow party members, the decision is yours to make. I intend to run for chairman of our party. I am not anybody’s puppet and I will only subject myself to your decision when that time comes. Only God gives power and it is only Him  I owe my worship,”
Signed:
Rt. Hon. Francis Busam Adah.

Tue Sep 14 , 2021
Share This By: Timothy Adah. HE Rt. Hon. Francis Busam Adah, former Acting Governor, and Speaker and one time, member of the House of Representatives, has withdrawn from the contest of State Chairmanship of the People’s Democratic Party (PDP) in Cross River State, even having been cleared since last year […] 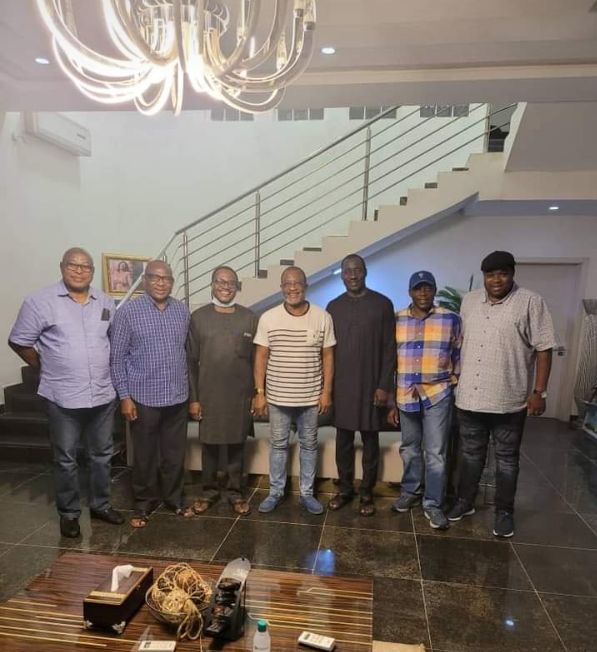