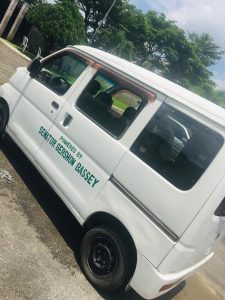 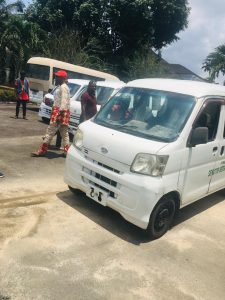 The Senator representing Cross River Southern Senatorial District, Sen. Gershom Bassey has empowered constituents from his District with mini-buses. This is coming just about five months after the Senator flooded the District with tricycles to empower constituents who needed a means of livelihood.
The Senator who was represented by Akparawa Joe Ben (alias Solution) handed over the keys of the mini-buses to the beneficiaries. Joe Ben while delivering the vehicles admonished the beneficiaries to utilize the vehicles productively as a team will be set up to monitor the mini-buses for six months to see how well they make use of them. He also added that much more empowerment is on the way.
The beneficiaries expressed their excitement by singing songs of praise to Distinguished Sen. Gershom Bassey. One of the beneficiaries, the leader of Pillars United Comr. Edem Nyong thanked the Senator immensely and prayed to God to grant him all his heart’s desires.
Another beneficiary, the leader of Guild of Automobile and Allied Technicians of Nigeria (GAATN) Mr. Archibong Udo said ‘whoever plans for the downfall of Senator Gershom Bassey will be the one to go down.’
He thanked the Senator for lifting the poor out of poverty. He ended by saying that Sen. Gershom Bassey is number one. Another beneficiary, the leader of Nka Ima, Mr. Joseph Ekeng Ewa in the same vein thanked the Distinguished Senator and prayed that God replenishes his pocket.
An eye witness, Mrs. Patricia Ekpe commended the Senator for the massive empowerment drive ongoing in the Southern Senatorial District. She said even though she is not a beneficiary, she will support the Senator 100% to take over the government house come 2023. 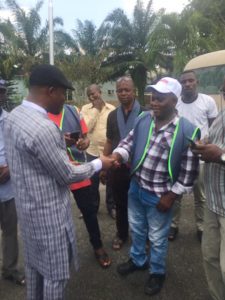 Speaking with the representative of Sen. Gershom Bassey, Joe Ben told our newsroom that the mini-buses distributed today were just the first batch of the Minibus empowerment, as there are many more mini-buses to be distributed to the good people of the Southern Senatorial District. Joe Ben pointed out that this is in partial fulfillment of the campaign promises of the distinguished Senator.

OBANLIKU AT 30: I WILL CONTINUE TO INITIATE LEGISLATIONS THAT WOULD IMPACT THE PEOPLE OF OBANLIKU POSITIVELY TO FAST TRACK DEVELOPMENT-HON. DR. ACHUNEKANG.

Sat Aug 28 , 2021
Share This By: Joseph Upan. The Honourable Member Representing the Obanliku Local Government Area in the Cross River State House of Assembly (CRSHoA), Dr. Sunday Ikwen Achunekang, felicitates with the Obanliku people both at home and in diaspora as the mark Obanliku at 30, and the New Yam Festival, hence, […] 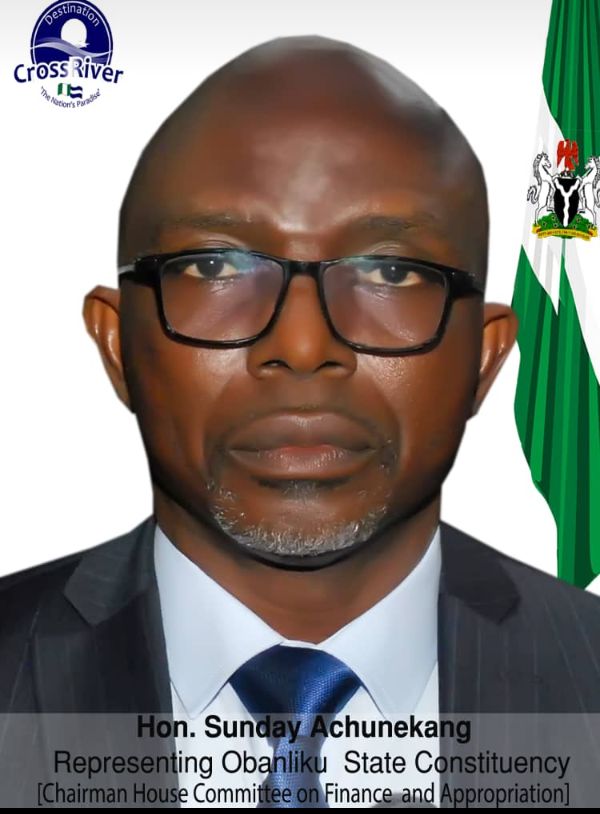