Skip to content
Share This
By: Commodore Kunle Olawunmi Rtd.
Prof of Global Security Studies.
1. Some Governors, ministers and Senators are sponsors of Boko Haram and the Government knows them.
2. Bureau De Change operators are also sponsors of Boko Haram which is also known.
3. Another security breach is that every Friday NDA and all government institutions are opened for Juma’at prayers. They come on Fridays for worship. Later they become members of the mess who will later spy on the institution and plan their attack.
4. This government does not want to resolve this problem, rather they are escalating it.
5. The solution is not Kinetic solution but non kinetic.You identified the center of gravity, which had been identified. The center of gravity is the sponsors of Boko Haram and Bandits.
6. Most of these sponsors are known within the intelligence community.
7. The DMI, DSS and Police intelligence knows the sponsors very well.The DSS knows very well with tons of files of those sponsoring evil in this country.
8. The defense headquarters knows all those who are behind the terror going on in Nigeria today.
9. The commander in chief knows exactly what is happening but he is quiet. When a fish is about to get rotten, the head is the first.
10. The end game is to turn Nigeria into Taliban type of Country. Everyone in the Defense HQ, Army HQ, Naval HQ, and Airforce HQ.
11. The government of Dubai knows the sponsors and they sent lists to the federal government. What did Buhari do?
12. A highly ranked member of this government was interrogated and was found culpable. He is currently a highly rated member of this government.
13. This government wants the government to be islamized.Thats the truth.
14. We are currently in the worst security situation in Nigeria today. CIA actually didn’t trust Buhari before 2015. It took the intelligence community and Tinubu to convince Obama and CIA to accept him. They said he was a bigot and will plunge the country
15. According to Naval Commander Kunle Olawunmi a Prof of Global Security Studies, he said the government directed that all media should be calling them Bandits and unknown gun men so that the international community will be mislead that they are not terrorist.
16. Tagging them Terrorists will invite the international community.
17. He added that the government don’t want journalists to report the true picture of what is happening in the country.
18. He added that there must be insider collaboration in NDA. There are a lot of irresponsible people in Nigerian Military formations. This is well known.
19. In few hours the people that attacked NDA will be apprehended, but that’s not the solution.
20. The Government should have a policy change. The sponsors should be apprehended and brought to justice.
21. There must be a direct change of policy from Islamization to Democracy.
22. This is a tyrannical government.The damage this government is going to do in the next two years will be more than what they had done in the past six years.
Rtd. Commodore Olakunle Olawunmi (A military intelligence veteran with 35 years experience) is spilled  it all and says he doesn’t care if he is killed.
“I belong to a group in the Military that’s not supposed to be seen or heard. Right now, I don’t care if I am eliminated”
This man needs to be protected
Retired Naval Commodore Kunle added that there will be 10% casualties to make it look like it’s Banditry and not Islamization.Thats why you see attacks in some Muslims areas so as to convince the international community that the government knows nothing.

PDP TO BUHARI PRESIDENCY: YOU, NOT ORTOM, IS SPREADING DIVISION, HATE.

Thu Aug 26 , 2021
Share This By: Kola Ologbondiyan. The Peoples Democratic Party (PDP) asserts that the Buhari Presidency is responsible for spreading division and hatred among Nigerians and not Benue State Governor Samuel Ortom, as claimed in the Presidency’s press release. PDP’s position is against the backdrop of an inciting hate statement issued […] 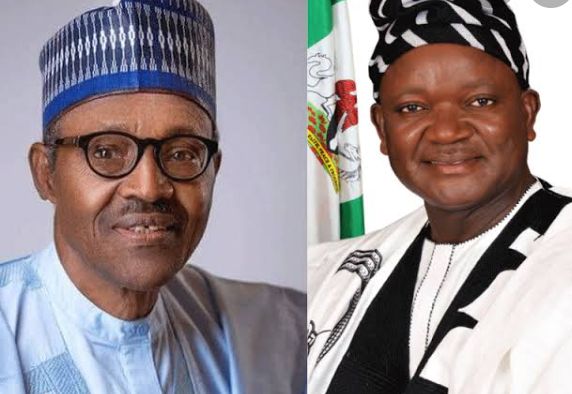