Benue State Governor, Samuel Ortom has hit back at the Presidency, tasking them to address the issues he raised.
Ortom in an interview with Channels TV yesterday, accused the Buhari-led administration of providing cover for herdsmen who have been responsible for wanton destruction and killings within the last few years.
However, the Presidency through Garba Shehu hit back in quick fashion, accusing the Governor of stirring a Rwanda-like ethnic campaign against the Fulanis; an allegation Ortom fiercely denies.
PRESIDENCY SHOULD ADDRESS THE ISSUES GOV ORTOM RAISED
We read the statement released by the Presidency in response to Governor Samuel Ortom’s recent interview on Channels Television in which he raised a number of concerns bordering on the worsening security situation across the country.
The tone of the said statement shows the quality of Presidency Nigeria currently has. They abandoned the message and went for the messenger.
To describe as ‘undistinguished’, the career of a man who has held many key positions at the state and national levels proves that those who penned the piece were under the influence of some negative substances.
For the information of Garba Shehu and his cohorts, Governor Ortom rose to become a Local Government Chairman, State Publicity Secretary of National Centre Party of Nigeria; State Treasurer of All People’s Party, State Secretary as well as State Deputy Chairman of the Peoples Democratic Party, PDP, National Auditor of PDP, Minister of the Federal Republic and now a two-term Governor.
The Governor spoke the minds of most Nigerians on specific areas of failure of the Presidency and its complicity in the heinous crimes committed against citizens by armed Fulani herdsmen and other terrorists. Instead of taking the Governor on those points, Shehu went chasing vain and mundane matters in a desperate attempt to malign the Governor.
We demand an apology from the Presidency for accusing Governor Ortom of stirring ethnic tensions and calling for genocide. The Presidency has never hidden its hatred for the Governor and its latest outing only confirms that fact.
We are aware of the Presidency’s plot to cause crisis in Benue and make the state ungovernable and declare a state of emergency. Whenever each of their plans fails as it happened with the impeachment attempt on the Governor before the 2019 elections, they resort to cheap blackmail.
They accuse Governor Ortom of making a law to chase Fulanis out of Benue; a claim that lacks substance and only goes to prove that they have not read the Open Grazing Prohibition and Ranches Establishment Law of the state. They can’t justify their narrative that Governor Ortom hates Fulanis when some of his appointees are Fulani.
The Presidency must realize that no amount of blackmail and media attack can discourage the Governor from speaking against the injustice and pain the present government has caused Nigerians. No amount of sponsored smear campaigns against the Governor can force him to repeal the law on open grazing of cattle in Benue State.
We advise the Presidency to focus on ending the killing of innocent Nigerians, fix the economy as it promised and stop the stinking corruption under their watch.
They can’t run away from their responsibility. They were brought to power to serve the country not to oppress the people and suppress their freedom of speech. They are on record to have publicly promised during their campaigns before the 2015 elections that they would respect the rights and freedoms of Nigerians if elected. Sadly, what the people of this country have got from the current government is the opposite of that promise.
Governor Ortom stands by his words that this is not the first time a Fulani man is President of Nigeria, and also that it is the first time the country has been divided on ethnic lines with lopsided appointments in promotion and celebration of nepotism, marginalization and open repugnance of other Nigerians. At no time in the history of this country have impunity, blatant disregard for laws, sectarian as well as ethnic differences been fueled by the government as we now see.
The agenda of the present administration is to Islamize and Fulanize the nation like former President Olusegun Obasanjo, Professor Kunle Olawunmi and other patriotic Nigerians have rightly said.
Governor Ortom urges the good people of this country to call the Presidency to order before it destroy Nigeria. If nothing is done fast to avert the impending disaster, armed herders, bandits and other terrorists will one day take over Aso Rock Villa and those occupying the Villa at the moment will willingly surrender to them and flee from the country.
No day passes without reports of herdsmen and other terrorists killing defenseless Nigerians in parts of the country. The number of displaced people has risen to millions, yet, the Presidency wants everyone to remain silent while the country burns.
Governor Samuel Ortom will not keep mute! Let it be on record that while the Presidency deliberately destroyed Nigeria, someone spoke against the evil.
The Governor believes in the words of Dr Martin Luther King jnr:
“If peace means accepting second class citizenship, I dont want it. If peace means keeping my mouth shut in the midst of injustice and evil, I dont want it. If peace means being complacently adjusted to a deadning status-quo, I dont want peace. If peace means a willingness to be exploited economically, dominated polically, humiliated and segregated, I dont want peace.”
Signed:
Terver Akase.
Chief Press Secretary to Gov. Ortom.

Thu Aug 26 , 2021
Share This  By: Patrick Obia And Sylvia Felix. The Association of Cross River Online Journalists (ACROJ) has paid a condolence visit to the family of late veteran journalist, Oqua Itu, in Calabar. Late Oqua Itu, who was known for his charismatic abilities to mentor and inspire young journalists within and […] 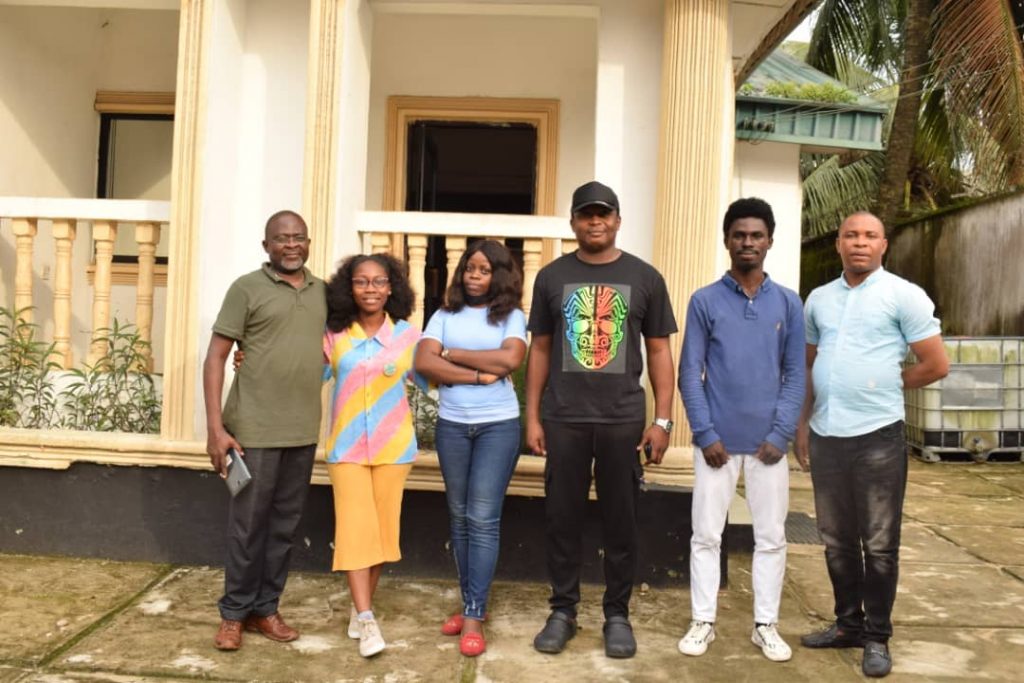