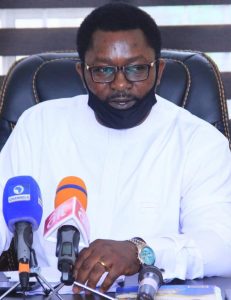 The Cross River State Government, through the Privatisation Council Chairman, Mr. John M. Odo and other members of the Council, held a Press conference in Calabar, on the Administration of Questionnaire for the privatisation of all government Ventures and Industries across the 18, Local Government Areas of the State.
According to Mr. Odo, “three models have been proposed, vis-a-vis: Privatisation. Concession and Outright State Owned (100%) and operated.
“We call to inform our local Communities, Local Government Councils and the entire State to key into the Referendum Questionnaire to ensure: Consultation, Accountability, Due Process and Transparency.
“It should be noted that the Referendum is not a prescribed requirement in the State Privatisation Law, neither has there been a history of referendum for Privatisation in our country before now.”
He eulogized and commended the Ayade’s Administration for adoption of a Referendum to drive home government intentions to boost IGR., effective utilisation of government ventures and industries, provide employment for our teaming youths and continuation to provide food on the table.
“We call on all and sundry to support this laudable programme and participate in the Agro-Industrialisation Revolution of H.E the digital Governor of Cross River State, Sir Sen. (Prof) Ben Ayade’s Administration, as we shall work assiduously to the success of the privatisation programme to justify the confidence reposed on the Council,” he concluded. 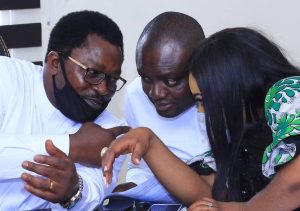 Th Honorable Commissioner for Health, who is  a member of the Referendum Committee applauded Governor Ben Ayade for always prioritizing his citizens and putting them first in everything.
“Let me remind us that there’s a 30% rate of unemployment in Nigeria and the sustainability of these industries will create jobs for our teaming population, a decision His Excellency has left for all Cross Riverians within and those in diaspora to make. It’s already on record that this is the first Referendum happening in Nigeria as Sen. Prof. Ben Ayade has completely surrendered his Executive Powers to Cross Riverians to decide on the fate of some Assets/Industries. The decision to either go into Privatization, Concession or maintain the status quo lies in our hands. 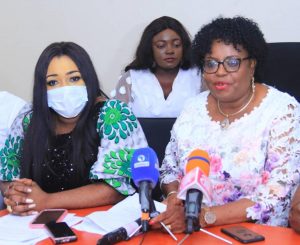 “We’ll have to decide as Cross Riverians either by filling the paper questionnaire or by voting online by visiting the website www.crspc.org accessible to all Cross Riverians even in Diaspora.
“Referendum Questionnaires have already been distributed to all Local Government Council Chairmen. At the end of voting both Physically  and online, a reputable firm will be responsible for collating and vetting as well as authentication of the results within a space of 72hrs so I encourage us all to take part in this history making decision,” Dr Edu. 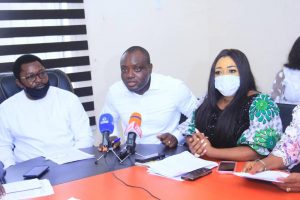 The Honorable Commissioner for Industry Hon. Peter Egba and Barr. Rosemary Archibong Commissioner for Commerce who also spoke all commended the Governor for his Agro-industrial Drive which has led to the building of several industries in six years.
We commend the government’s decision to leave the fate of her Industries in the hands of the masses to decide.
“Industries tends to thrive more and yield more income and promote employment if privatized, we call on Cross Riverians to take the Referendum as an opportunity to determine how their Industries can be run and managed effectively.”
Also in attendance were Hon. Emmanuel Offiong Bassey, Chairman of Chairmen and Akpabuyo Local Government Area, Chairman, who declared on behalf of the 18, Local Government Areas, Chairmen of their willingness to support and galvanized their subjects to participate in the exercise.
Others are Mayor of Municipality. Akampka and Biase Local Government Councils, Chairmen. 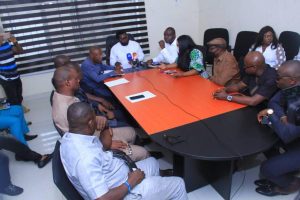 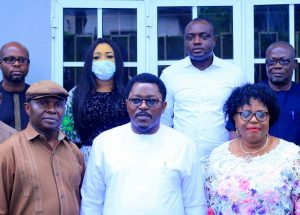 Cross Riverians are enjoined to visit any Local Government Area Headquarters close to them or log unto www.crspc.org and avail themselves the opportunity to participate in the Referendum to determine the fate and future of our dear State owned Ventures/Industries.

GOV. ORTOM OF BENUE REPLIES GARBA SHEHU, SAYS; "I STAND BY MY STATEMENT."

Thu Aug 26 , 2021
Share This By: Bridget Edokwe. Benue State Governor, Samuel Ortom has hit back at the Presidency, tasking them to address the issues he raised. Ortom in an interview with Channels TV yesterday, accused the Buhari-led administration of providing cover for herdsmen who have been responsible for wanton destruction and killings […]