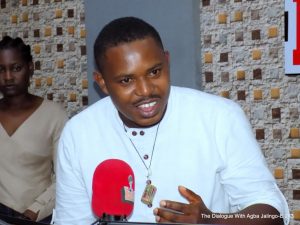 As the world celebrated this year’s International Youth Day, 2021, youths in Cross River State have called for an end to neglect, says government of the day is insensitive to their plight.
These were the central message by the Chairman of the National Youth Council of Nigeria (NYCN), Cross River State chapter, Comrade Dan Obo; legal practitioner, First Baba Isa (Esq) and Entertainer, Harmony Odong, on episode 263 on ‘The Dialogue With Agba Jalingo’ on Hit 95.9FM, Calabar, where they pour out their hearts on issues pricking the youth.
The Chairman of NYCN, Cross River State chapter, Comrade Dan. Obo, noted that youths of today especially Cross River,  are struggling to survive the hash economic system bedeviling the nation and State. “In my one year plus as a chairman of youth council, we are actually struggling to survive and that is why we are trying to change the narratives.
“The future is now. There is nobody who will give us the future. We don’t have a choice than to believe in ourselves. Going forward, we are engaging to believe in ourselves,” adding that Governor Ayade has failed the youth of Cross River “The governor of Cross River State has not sat down to address the issues bordering the youths. There is yearly subvention that comes to the youth council. For six years, the governor paid only one year. When things go this way, you don’t have any option than to ask yourself this rhetorical question as young Cross Riverians -is all well with us? Anybody who tells you that the young people are not ready is an enemy of the generation and we will catch up with them.” he said. 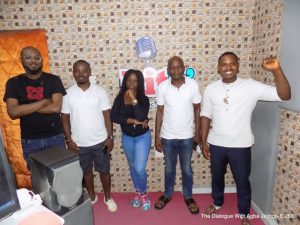 The Obubra born assured that, come 2023, the youth of Cross River State will no long play to the gallery of some greedy and short sighted politicians who do not mean well for their existence.
“I can assure you God willing come 2023, it will be crystal clear that we are no longer the Zimbabwe youths they think about, we are now youths with valuable dollar. We might not have resources but we have the strength to contend with them and of course we will,”  he said, inferring he cannot be loyal to the detriment of Cross Riverian youths.
Legal practitioner, First Baba Isa, on his opinion said the country has failed and it makes it difficult for any youth to succeed despite Nigerian youths being hardworking.
“It is difficult to succeed in Nigeria. Nigeria is constructed and designed to make sure you fail,” frowning against the notion of  some well meaning Nigerians boasting in their days they were given free meals whereas nothing of such nature has happened in University of Cross River State, University of Lagos amongst others “If you have admission in Nigeria, they will kill your dream. Go to UNICROSS, UNIJOS, you have graduated, you have served, you want to do your masters, they will still be looking for your year 3 results. They can’t even give you your transcripts within 24 hours but when you go abroad, as you are graduating you are given your transcripts.”
On assertion, that youth of today are not ready for leadership positions, he added, “I believe that power normally is not given but taken. How can we have a free and fair election when our electoral system has been very monetized?
“Our system is corrupt. When they say youths are not ready, that is a fallacy from the pit of hell, we have prepared youths, we have ready youths but the problem is that they don’t even want to see us.”
Reacting on TV reality show, the Big Brother Naija where many term it immoral, the Obudu born lawyer argued that, he can not be morality monitor and BBN has nothing to do with bad government, “they use that talk most times to give young people a bad name so they can hang them. It is not Big Brother Naija that told senators to make things difficult for us. Most times, I am a regular flyer, at least I fly like three to four times a week. At times, we can’t land in Calabar because of no landing instruments. 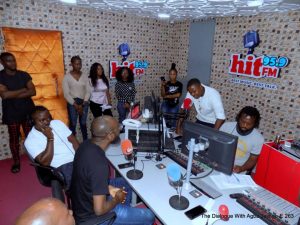 “It has nothing to do with White money  colour of hair in Big Brother Naija. If you ban big brother Naija now, will you have electricity? If they ban big brother Naija now, will Cross River State have library despite the fact that they have two professors? Is it White Money in Big Brother Naija that said that Ayade and Ivara Esu who are professors should not build library?”
He reiterated that he is not interested in being anybody’s morality monitor while urging everyone to do the right thing, the right people get into governance and also get the youths involved for the betterment of tomorrow.
Sharing a brief touching story on how western culture impacted negatively in his early youth life, entertainer and Chief Executive Officer of Delfa Production, Harmony Odong, said as a young man growing up, he thought of going  into get rich quick syndrome but had to refrain. “growing up at some point I felt for me to live the dream life, I had to get involve in rituals like what you will see in Nigerian films where you take a picture to the herbalist who does his incantations, gives you something to stab the picture and someone in your family dies and boom! Somewhere inside a room in your house in the middle of the night  money is generated.
“These are the negative impact because at some point I had to think. Besides just thinking, I had to do these to live my dream life and I had started thinking which of my family member is gonna go first ? But this actually stopped at a point where I had to ask myself  this question; if this is actually true, this note (money), do they tally with that of Central Bank of Nigeria? So, when I couldn’t give myself the right answer  towards that, that was when I realized these things are just something not realistic, so I just had to hustle more,” he narrated.

Wed Aug 18 , 2021
Share This By: Coco Bassey Esu. As tension continues to engulf the political space in Cross River State against the 2023 general elections, there has been a series of movements by party stakeholders from one party to the other. The All Progressives Congress (APC) in the state have in recent […] 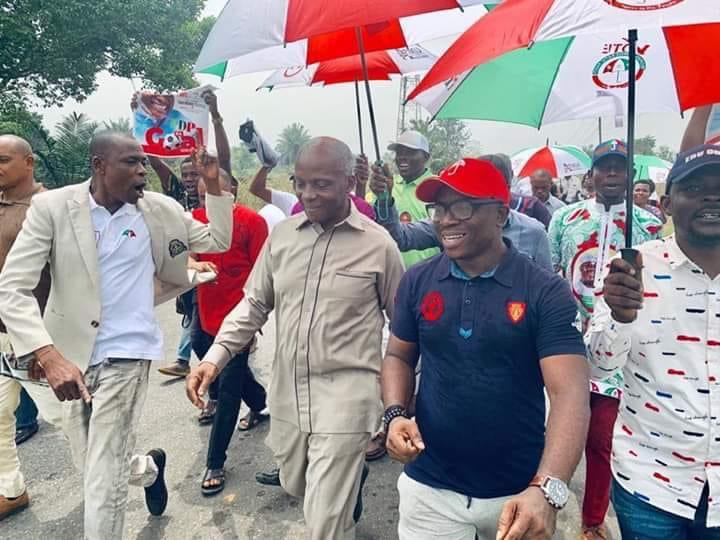