Skip to content
Share This
By: Coco Bassey Esu.
As tension continues to engulf the political space in Cross River State against the 2023 general elections, there has been a series of movements by party stakeholders from one party to the other.
The All Progressives Congress (APC) in the state have in recent weeks experienced tension and disunity among members, as to who are the decision-makers in the party.
Over 100 members of the APC political group called ‘G-18’ in Ward 8, Calabar Municipality have dumped their party for the Peoples Democratic Party (PDP).
The Chapter Chairman, Dr. Otop Otop who welcomes the new members, mentioned that more members are yet to join the big umbrella that covers its members in times of rain and sun.
Otop added that so many that are still in the APC have been calling and pledging their complete loyalty to the PDP and that in due time they will return to the biggest party in the country.
Also speaking, the PDP Ward 8 Chairman, Mr. Francis Asi said that the party will continue to wax stronger for the benefit of its members.
“On behalf of my leader, the elders of this forum, the Excos, the whole members of this ward in this party, and the PDP party as a whole, I want to formally welcome you this great party”. Asi said
The G-18 political group stated that the APC is short of adding any value to the state but focused on destroying the glory built over the years, with concrete achievements on the ground to show.
In his remark, the leader of the group, Mr. Ita Asuquo, stated their decision to defect to the PDP was to strengthen the PDP and to put a stop to APC’s lack of vision and mission.
Ita also commended Senator Gershom Bassey for his commitment and support to the G18 group and pledged their loyalty and steadfastness in building a better Cross River State come 2023 under the PDP platform.
In his words: “Today we stand to be steadfast to PDP and to strengthen this party. I want to also thank Senator Gershom Bassey who has always been very active, committed to the G-18. He has given his words, he has kept his promises, he has agreed with us that this movement is solid.”
Mr. Joseph Ben who spoke on behalf of Senator Gershom Bassey commended the members of the G-18 group for their foresight in returning to the PDP and assured them of their benefits as bonafide members of the PDP.
Meanwhile, at the ongoing Ward 9, Calabar Municipality People’s Democratic Party (PDP) rally, Honorable Councilor, Solomon Etim Ika a.k.a Boy O Boy welcomed massive numbers of defectors to the PDP family.

Wed Aug 18 , 2021
Share This By: Admin. The Federal Government in partnership with the Cross River State Government is set to commence the construction of 1000 housing units to be spread across the three senatorial zones of the state. The social housing program is under the National Social Housing Program being promoted by […] 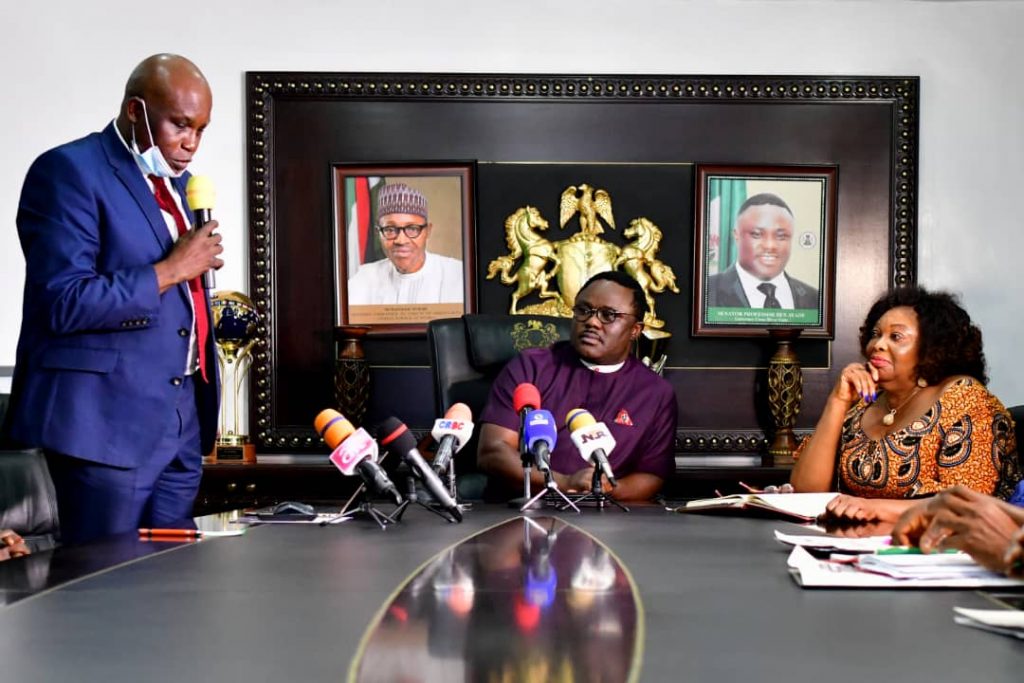