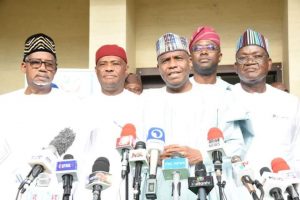 After more than four hours meeting in Abuja over the fissure threatening the People’s Democratic Party (PDP) leadership, its Governors Forum led by Gov. Aminu Waziri Tambuwal of Sokoto state has resolved to back the party in its march towards greater unification.
Equally, the PDP-GF, which Gov. Tambuwal told newsmen that its meeting will continue Tuesday, is also committed to working together to move the party forward he affirms.
“We have resolved to work together as a Forum on the side of our party,” Gov. Tambuwal said while announcing that “the meeting continues tomorrow.“
“Very soon Nigerians will know that our party is united,” he briefly explained.
Monday meeting held at the Akwa Ibom Liaison Office in Asokoro, Abuja, was attended by all the PDP governors with the exception of the Deputy Governor of Zamfara state, Barrister Mahdi Aliyu Gusau. 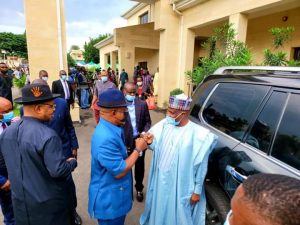 Before the Forum adjourned the National Chairman of the party, Chief Uche Secondus made a brief appearance and left before the governors departed. 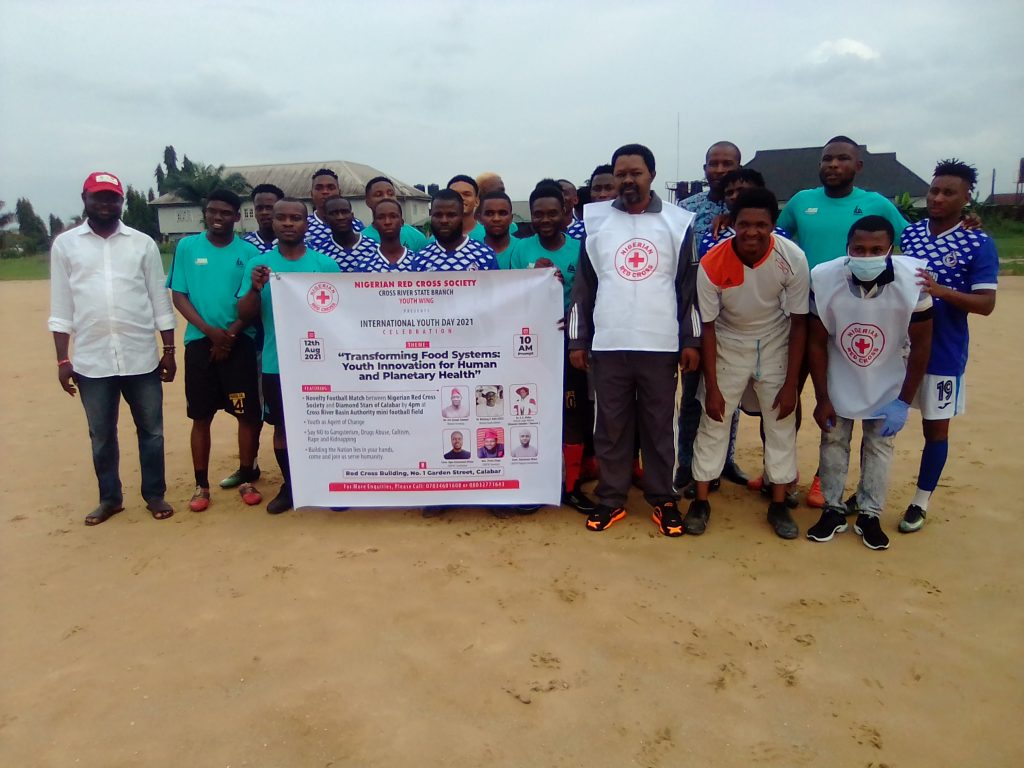