Skip to content
Share This
By: Curled from Saharareporters.
The crack in the Muhammadu Buhari-led government over the legality of the chairman of the All Progressives Congress (APC) and Yobe State Governor, Mai Mala Buni, has widened as Vice President Professor Yemi Osinbajo has reportedly stood his ground that Buni was ineligible.
Buhari, who is in United Kingdom, had directed Osinbajo to take charge of the legal concerns being expressed by stakeholders following the split judgment of the Supreme Court on the Ondo governorship election.
Three out of the seven justices of the apex court had punctured the legality of Buni chairing the committee, while the four in the lead judgement upheld the election of Governor Rotimi Akeredolu.
According to Daily Trust, Osinbajo had last weekend met with lawyers serving in the cabinet, where he reportedly advised against last Saturday’s ward congresses of the party. But the caretaker committee went ahead with it.
Aside the issue of the ward congresses, it was also gathered that there were suggestions that the three governors – Buni, Gboyega Oyetola (Osun) and Abubakar Sani Bello (Niger) – serving in the caretaker committee should excuse themselves.
An aide of the vice president revealed that his boss had not shifted his position on the committee.
“He took an informed position after analysing the Supreme Court judgement on the Ondo governorship election. He has not changed that position.
“The vice president was very clear that we should all avoid legal trap and address the main issue raised, which is against the country’s constitution and section 17 of our party’s constitution,” he said.
Also, a minister, while speaking on the matter, said most of the lawyers in the cabinet threw their weight behind the position canvassed by Osinbajo, with the exception of the Attorney General of the Federation and Minister of Justice Abubakar Malami.
He said, “We have two main camps in the cabinet now: those of us supporting the position of the vice president and the Malami side. We are all awaiting the arrival of the president next week.
“We are hoping that the president, as a promoter of the rule of law, would end this logjam when he arrives. Our attention was not on the legality of governors serving in the party until the apex court drawn our attention to it. With this development, should we not amend our ways?”
Malami had in his legal opinion on the matter argued in defence of the status quo, urging the party not to give in to “speculative and unsubstantiated fear” regarding the status of Buni as the caretaker chairman.
Speaking on the governors’ position, a presidential aide said some of the governors that were against Buni made a u-turn when they were offered the party’s structures in their states.
“They all agreed to support Buni, irrespective of the legal issues being raised because they have been promised the party’s structures in their respective states. But what they don’t know is that they are building the structures on nothing,” he said.
The Supreme Court had in a split judgement on July 28 upheld the election of Governor Rotimi Akeredolu of Ondo State and dismissed the appeal of the Peoples Democratic Party’s (PDP) candidate, Eyitayo Jegede for lack of “any scintilla of merit.”
Jegede and the PDP had challenged the October 10, 2020 governorship election and pegged their main relief on the ground that Governor Akeredolu and his deputy, Orimisan Aiyedatiwa, were not qualified to contest the election.
They contended that the signing of Akeredolu’s nomination certificate (exhibit P21) by the APC’s caretaker committee led by Governor Buni of Yobe State was invalid based on section 183 of the Nigerian constitution, 1999 and Article 17(iv) of the APC constitution.
Both the majority judgement of four justices and the minority judgement of three justices concurred that Governor Buni had violated section 183 of the constitution, which holds that, “The governor shall not, during the period when he holds office, hold any other executive office or paid employment in any capacity whatsoever,” as well as Article 17(iv) of the APC constitution, which holds that, “No officer in any organ of the party shall hold executive position in government concurrently.”
However, the majority judgement read by Justice Emmanuel Akomaye Agim submitted that the contention, being one with grave consequences for the governor involving the determination of the constitutional issue of his action, would be unfair to try in his absence.
“The fair trial of such issue in his absence without joining him as a party is impossible. There is no need to stress the point that he is a necessary party to the case because the issue upon which the appellants have predicated their case, namely, the invalidity of the said exhibit itself cannot be fairly, effectually and conclusively be determined without joining him as a party to the case,” Agim held.
The apex court’s main decision further held that the issue of the constitutionality of Buni as the caretaker committee chairman of the APC is not within the jurisdiction of the state election tribunal where the petition was commenced, expected to hear and determine petition as to whether any person has been validly elected to the office of the governor or deputy governor.
As a corollary to its finding that Article 13.3(vi) that the APC “National Executive Committee has power to create, elect and appoint any committee it may deem necessary, desirable or expedient and assign to them such powers and functions as it may deem proper,” the apex court further held that being a voluntary organisation, the question of who should hold offices in the party cannot be entertained by any court.
“Those are non-justiceable questions. Courts have no jurisdiction over the internal affairs of a political party except where a statute expressly gives a court jurisdiction to deal with any internal affairs of a political party,” he said.

Mon Aug 9 , 2021
Share This By: Eneji Simon Ushie. It was a memorable day for the residents of Ikot Omin, Calabar Municipal Council Area of Cross River State as over 400 people including children received free medical services courtesy of the Cross River State Government and Vifadad medical mission. The medical Outreach which […] 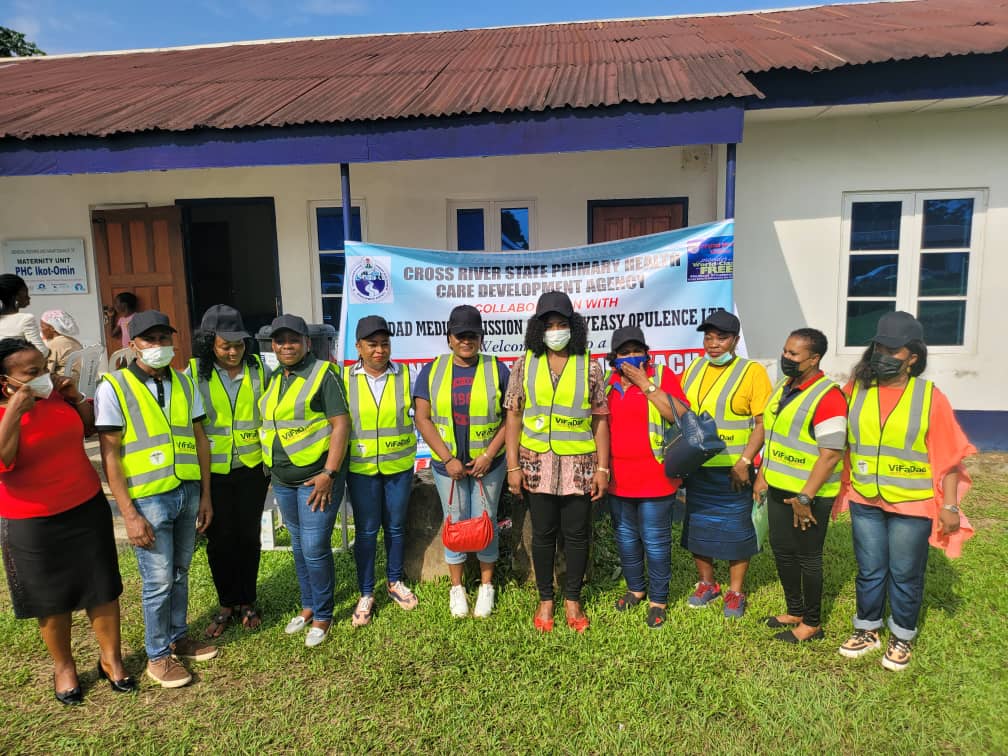