Skip to content
Share This
By: Admin.
Ahead of the 2023 General elections, various groups and communities have openly declared and registered their support for the Senator representing Cross River South Senatorial District, Sen. Gershom Bassey to take over at the Peregrino house.
The various groups through their coordinators emphasized that their support is coming as a result of the effective representation of the Senator in the red Chambers and his being a steadfast party man who has continued to contribute to the growth of the State since 1999. Prominent amongst those who recently registered their support were Cross River State Progressive women, Yes4Gersh and Thumb decides.
The Chair Lady of Cross River State Progressive women, Lady Immaculata Nyong Archibong during their monthly meeting said, the progressive women are happy with Senator Gershom Bassey’s performance in the Red Chamber, as he has empowered more women through grants, loans, and skills acquisition programs. The Chair Lady vowed to mobilize women across the state who are the major electorates to stand behind Sen. Gershom Bassey to become the next Governor of Cross River State.
The Leader of Thumb Decides in a statement during its Stakeholders meeting said of all the Aspirants eyeing the Government house come 2023, Sen. Gershom Bassey stands tall judging from his antecedents and political pedigree, he is in the best position to promote good governance and deliver democratic dividends.
Also, the Coordinator Yes4Gersh, Comrade Egwu Daniel commended the Senator for his empowerment style of leadership mostly for the youths and students. He also stated that his style of leadership has rejuvenated the party organs at the grassroots.
The newly inaugurated President of National Association of Akpabuyo Students, Comr. Francis Effiwatt thanked Sen. Gershom Bassey (who was represented by his Director-General, Campaign Organization Barr. Ekpo Ada during their Executive inauguration), who has continually supported the Association financially and morally, he added that the student body will continue to support his mandate of becoming the Governor of Cross River State. 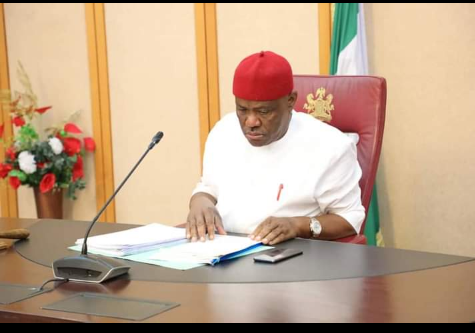