Skip to content
Share This
By: Curled from Journalist101.
The Minister of Justice and Attorney General of the Federation, Abubakar Malami,  has denied media reports that he has written a memo to President Buhari advising that the constitution be suspended and Marshall law declared to tackle the security situation of the country.
People Gazette had in an exclusive report reproduced by Journalist101, alleged that in a leaked secret memo that emanated from the Office of the AGF, recommended to the president that the some provisions of the Constitution particularly section 24 that deals with fundamental human rights be suspended and Marshall law declared to enable the FG deal with the security situation in the country.
In his response, Malami in a statement signed by Umar Jibrilu Gwandu the Special Assistant on Media and Public Relations denied the allegation describing it as a fabrication and insisting that the AGF stands for constitutional democracy.
The complete statement reads:
“The attention of the Office of the Honourable Attorney General of the Federation and Minister of Justice, Abubakar Malami, SAN has been drawn to a false and fictitious report alleging that there was a secret memo emanating from the Office to the Presidency.
“General publics are hereby asked to disregard the media report as fabrications of anti-constitutional democratic stability in Nigeria. Malami remains a true democrat who believes in rules of law and tenant of democracy and Constitutional order.
“The Office of the Attorney-General of the Federation and Minister of Justice is a constitutionally recognised one with its role and responsibilities embedded in the constitution.
“It is antithetical to common sense to think that the holder of such coveted Office as the Attorney-General of the Federation and Minister of Justice will stoop to what was printed by the media.
“The Government does not operate in secrecy as it is not a clandestine operation. Hence, Malami discharges his constitutionally recognized mandates in compliance with principles of transparency, openness and accountability.

Fri Jun 4 , 2021
Share This By: Eneji Simon Ushie. The forum of Cross River State Supervisors for health have paid an advocacy visit to the Director General of the Cross River State Primary Healthcare Development Agency, Dr Janet Ekpenyong to seek areas of collaboration in their various Local Government Areas. Receiving the team […] 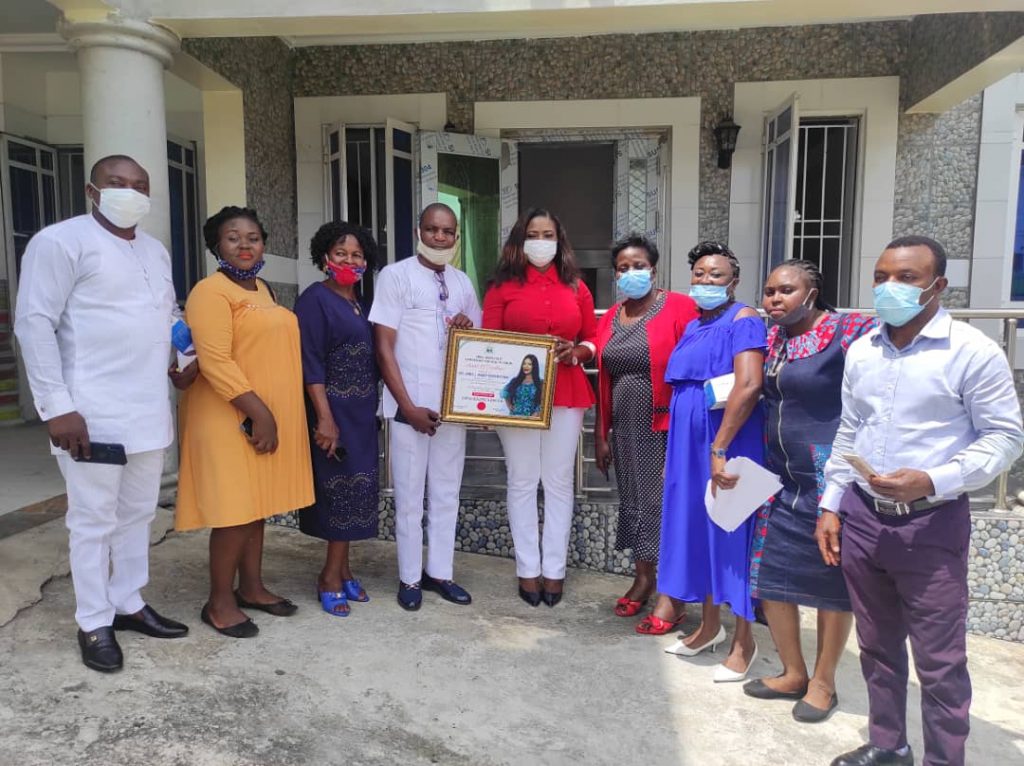