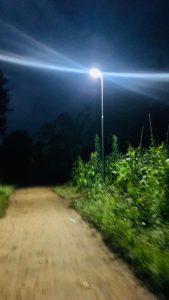 Residents of Ikot Abasi Effiom, Ikot Ndarake and Ikot Oyom Village all in Akpabuyo Local Government Area, Cross River State have praised the Senator representing Cross River South, Senator Gershom Bassey for providing functional solar street lights in their community.
According to the Senator, the project is one of the many constituency projects lined up to be executed and would spread across all LGAs in the senatorial district.
“One may have to look over his shoulder these days before muttering an unsavory word about the Senator. To do otherwise is to risk a slap of public displeasure. The man has performed and is still performing the remarkable – lighting up streets in his district.” said a local resident. 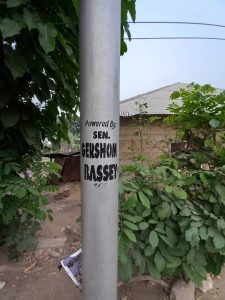 The street lighting is not just for the popular streets and highways that already has lampposts; it is rather the outback streets, the little known, the kinds that in political parlance should have streetlights by the year 2050.
Bad roads, lonely road, roads notorious for badness in Akpabuyo, now has street lights. Security operatives and members of the public will also have to be on the look out for predators of public utilities.
Concerted efforts have been made by the senator to ensure that every nook and cranny in the southern part of the state is well lit which is an initiative of the present administration.
The Senator who is also the Chairman Senate Committee on Federal Roads Maintenance Agency (FERMA) had earlier mentioned that aside the fact that the provision of street lighting infrastructure would enhanced aesthetics of the district and foster improved night economy, the initiative would also provide jobs to thousands of people as well as ensured safety of lives and property of residents.
Recall that the Senator had, some weeks ago, provided over 750 functional solar street lights for Calabar metropolis and Odukpani LGA, distributed over 80 tricycles, empower constituents with funds to enhance their businesses and lots more.

Sat May 29 , 2021
Share This By: MEDIA UNIT. GOVT. HOUSE, UYO. 29/05/21. A Medical Gas and Vacuum Plant, acknowledged as the largest in the country, and more internal roads projects are billed for inauguration today as part of activities to mark the Sixth Anniversary of Mr Udom Emmanuel as Governor of Akwa Ibom […] 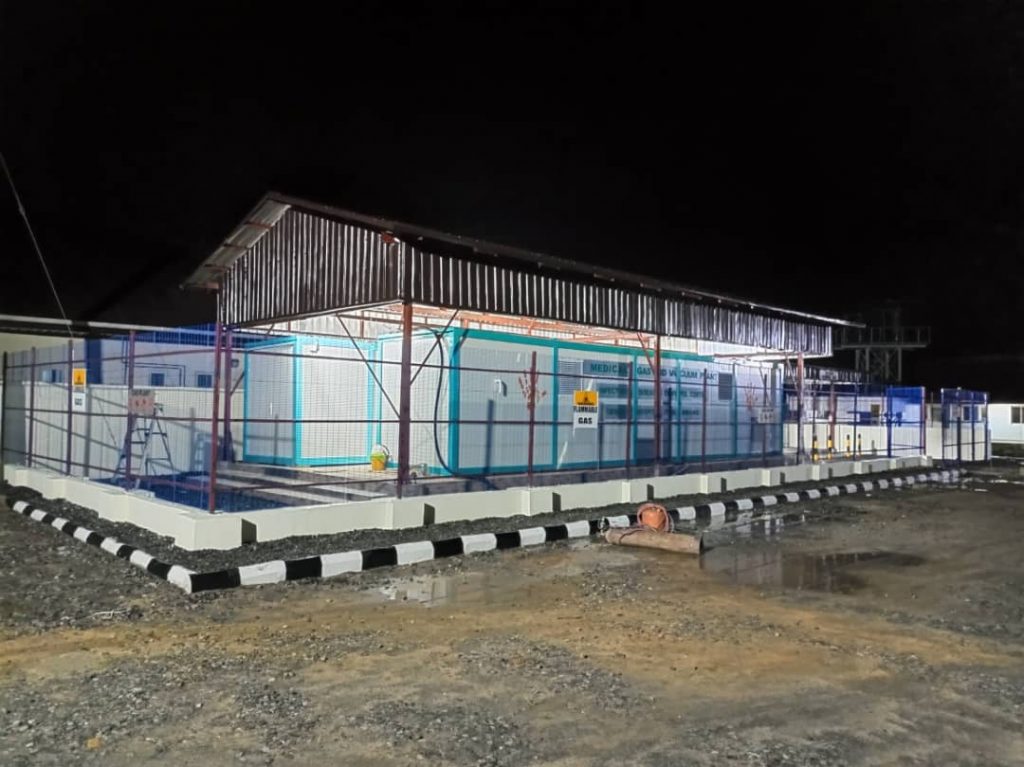