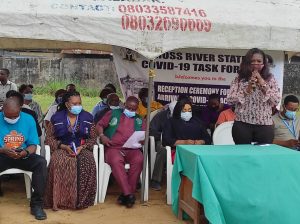 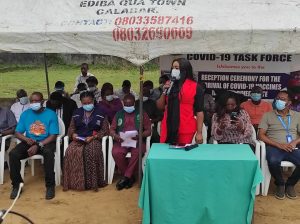 The Cross River State Government has commenced the second round of Covid-19 Vaccination exercise for Frontline workers as state received commendations as most proactive State during the first round of the exercise.
Flagging off the exercise at the Ediba Primary Healthcare Centre Calabar, state Commissioner for Health, Dr Betta Edu said Covid-19 is still much considered a pandemic with new strains emerging resulting in high mortality across the globe.
She said aside maintaining laid down protocols, vaccination remains the most effective means of reducing Covid-19 related deaths and as such, the mass mobilization of eligible adults for the exercise.
Dr Edu noted that the state government is commited to meet the estimated target population during the vaccination process  as it has been on the forefront since the heat of the pandemic adopting  preventive measures like the compulsory use of mask which resulted in the state recording one of the least cases in the country.
Speaking also at the event, Director General of the Cross River State Primary Healthcare Development Agency, Dr Janet Ekpenyong thanked the commitment of the health workers in going out to both fixed and temporary sites to get people vaccinated.
She said so far, the state have covered over a 117% of its targeted population making it the most perfoming state in the federation as recognized by the National Primary Healthcare Development Agency. 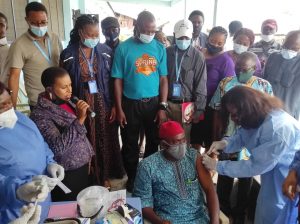 Responding to the success of the first round of the state wide Vaccination, Dr Ekpenyong attributed it to the massive mobilization of Community, traditional and Religious leaders who have served as influence to their targets.
She said, through engagement with key stakeholders, myths and misinformation were dispelled and as such, the high demand of vaccine in all Local Government Areas of the state.
She called on all eligible individuals who have had their first doses to return to any Government health facility for their second doses in order to gain full immunity over the virus.
Mrs Chisom Emeka, World Health Organization representative for Cross River State commended the state government for making vaccines available as she urged other states to adopt Cross River’s operational models in Community engagement for wider coverage.
“I am glad the state maintained 100% safety guidelines for vaccine storage, all vaccines sent to the state have maintained a potent state, it’s shows that the state is sincere in its preventive approach and as such I urge every one in the state to come out and have their own jab of the Covid19 Vaccine”:, said Ephraim Chukwu of UNICEF.
For the National Primary Healthcare Development Agency, they intend to support the state to ensure that everyone is covered as stated by the state coordinator Mr Idoko.
Director of Laboratory services, Cross River State Ministry of Health, Mrs Ukam who was first to be vaccinated in the state said, she haven’t suffered any severe adverse effect since she had her first jab , she therefore encouraged people to come out and get vaccinated.
The second dose campaign will last for 8 weeks.

HOW DR. LINDA AYADE IS IMPACTING WOMEN AND THE VULNERABLE IN CROSS RIVER.

Fri May 28 , 2021
Share This By: Fred Abua. If you are asking me what Dr. Linda Ayade can do to please those who insist on fitting her into the mould they have created and comparing her to their old role models, I will answer simply, NOTHING! Because everything she has done proves that […] 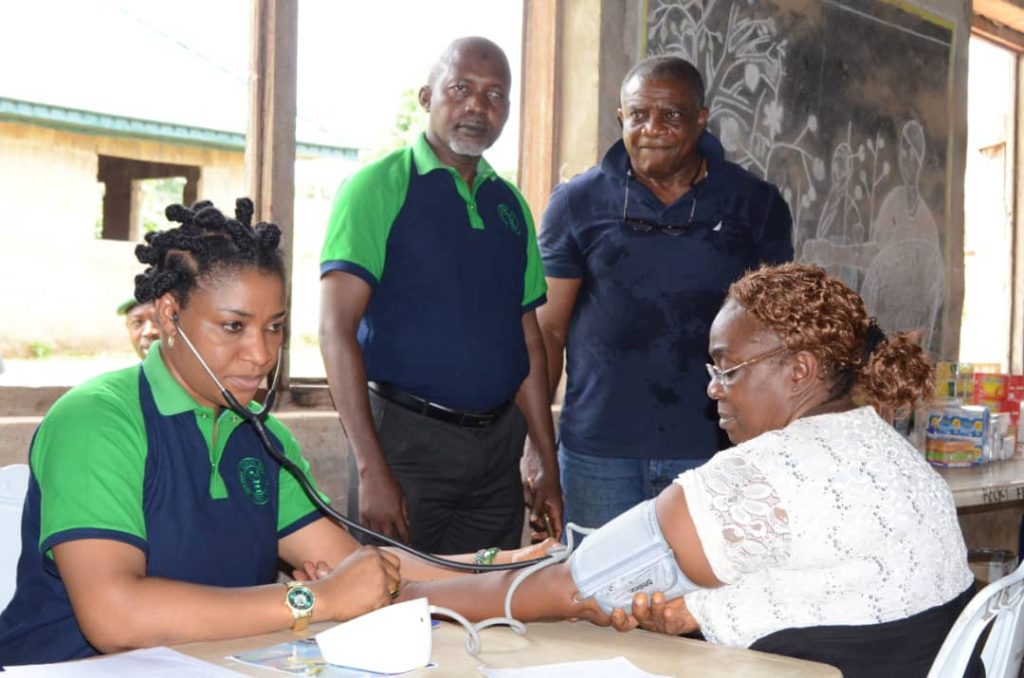