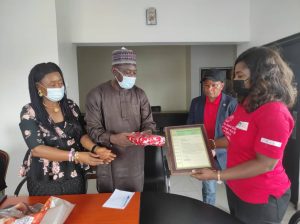 The Cross River State Chapter of the Nurse/Midwife Forum applaud the Government and Director General of the CRSPHCDA for revitalization of PHC’s during their visit to mark the 2021 IDM DAY, an annual event celebrated on 5th May with this year Theme: “Follow the Data; Invest in Midwives.”
The State Government and Dr Janet Ekpenyong have been applauded for their immense contributions towards the revitalization of Primary Healthcare, as they work towards making it the most preferred destination for medical emergencies among citizens.
The commendation was made by members of the Forum of Local Government Nurses and Midwives who paid her a courtesy visit in her office to felicitate with her on the numerous achievements being recorded in the Cross River State Health Sector.
Speaking on behalf of the team, the National President of the Union, Comrade Obafemi Agbede described the state Government’s  achievements as giant and monumental noting that, if every state in the federation  can emulate Cross River’s operational guide, the goal towards Attaining Universal Health Coverage will be actualized in a record time. 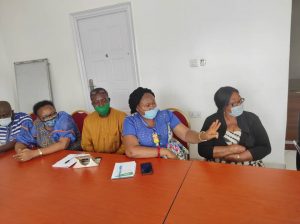 He called on the Government to continually Improve on the welfare of nurses and Midwives in order to spur them into optimal service delivery.
In her response, the Director General of the Cross River State Primary Healthcare Development Agency, Dr Janet Ekpenyong thanked the association for the honour bestowed on her and the state  as she praised  them for the continuous support to Government and all of it health programs.
According to Dr Ekpenyong, Nurses and Midwives  are pivotal to the functionality of the Primary Healthcare Agency, stating that, their engagements in health facilities has helped in the reduction of maternal and child mortality across the state as well as improved clients patronage.
She said , due to the increasing demand for nurses and their services as enshrined in the law binding the Basic Healthcare Implementation, the State has commenced the recruitment of Nurses and Midwives to man various health facilities for Improved services.
She called for stronger collaboration between the Nurse and other cadet of Health Staff to avoid tension which sometimes leaves patients vulnerable.
She further celebrated the group and all nurses as  they mark the  occasion of the 2021 World Nurses and Midwives week urging them to take cognisance of this year’s theme ” Follow the Data” in order to improve on  maternal, new born and adolescent health as well as in Family and Reproductive Health 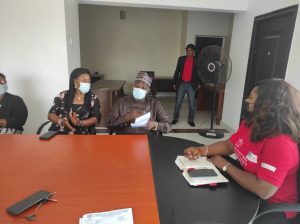 The Forum of Local Government Nurses and Midwives was established in 1996 to improve on the capacity of members,  their  lives, working condition and welfare of members in the grassroot.
High point of the meeting was the presentation of an award of honour to the state for it’s contribution to quality Healthcare Delivery in the country.

Sat May 8 , 2021
Share This By: Emmanuel Ulayi. Cross River State Government in partnership with the World Bank has trained One hundred and Eight Youths as Enumerators for the Social Safety Net Programme. The State Commissioner for Ministry of International Development Cooperation (MIDC), Dr Inyang Asibong, while flagging off the traning of the […] 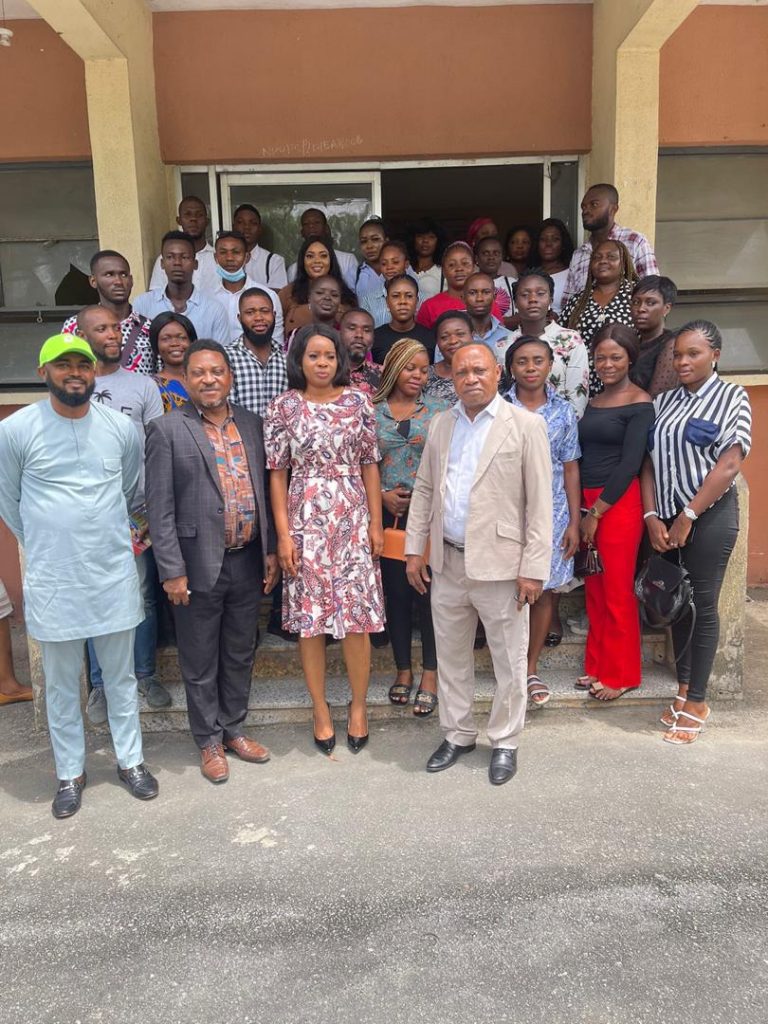