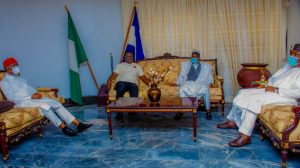 The People’s Democratic Party Governors Forum (PDP-GF) Wednesday touched base at Calabar, Cross River to rub minds on some issues bordering on the party’s unity in the South-South State.
Gov. Aminu Waziri Tambuwal of Sokoto State led his Delta and Enugu states counterparts, Sen. Ifeanyi Okowa and Hon. Ifeanyi Ugwuanyi during the visit to their host, Prof. Ben Ayade.
After about two hours meeting inside Government House, Calabar, Gov. Tambuwal, who is also the Chairman of the PDP-GF told journalists that the meeting “was a fruitful, peaceful and productive engagement with the stakeholders of Cross River.” 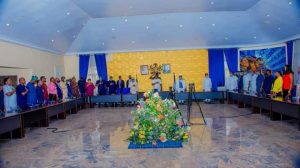 “We’re here on the mandate of the PDP-GF which was sanctioned by the National Working Committee (NWC) to come and engage with our dear brother and colleague, Prof. Ben Ayade, the Governors of Cross River state and the stakeholders of our party here in Cross River on the issues of the Congresses held here in the state that became contentious.
“We’ve engaged with (them) and the feelers we have is that by the grace of God we’ll soon resolve these issues and the party will bounce back as one. 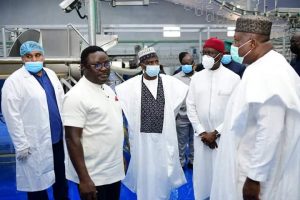 “There were lots of concerns about how the Congresses went about and everyone of us is interested that we restore normalcy to ensure that the family is brought back together and work together for the common interest of Cross River state,” the governor said.
He also said his ensemble will take the report of the meeting to the Governors’ Forum and the NWC for examination, deliberation and action.
Later the three visiting Governors were led by Prof. Ayade to the state Industrial Park comprising of a frozen chicken lines (aka Calachika), Cross River State Instant Noodles, branded KISIMIE Instant Noodles, complex and the feed moll. 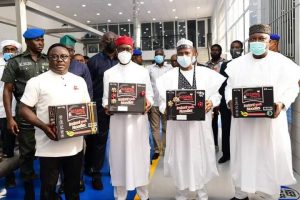 They all expressed delight with the performance of their host who despite economic crunch has done superlatively well,  particularly in job creation and diversification of the economy of the state.

Thu May 6 , 2021
Share This By: Emmanuel Ulayi. Governor Ben Ayade’s desire to see his citizens especially young growing kids remain healthy and alive has taken a different format as the State Governor Sen Prof Ben Ayade through his workaholic Health Commissioner Dr Betta Edu has reinstated the governments commitment to ensuring that […] 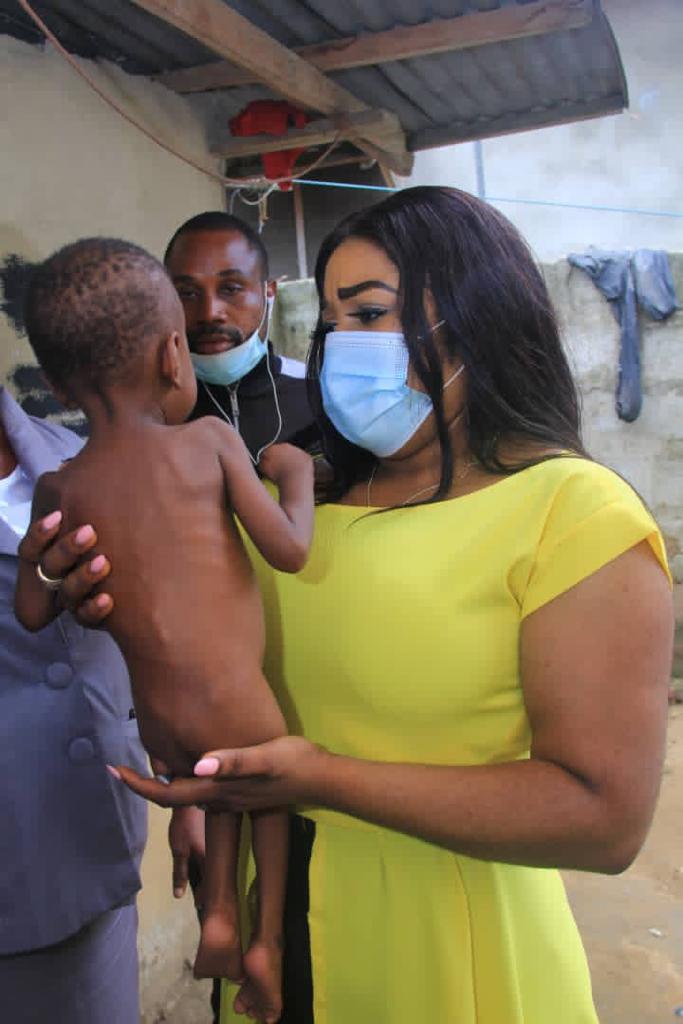