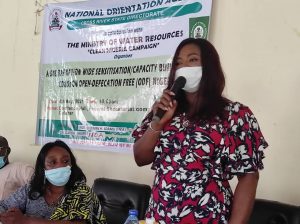 The Director General of the Cross River State Primary Healthcare Development Agency, Dr Janet Ekpenyong has disclosed that the state Governor, Senator Ben Ayade is commited towards achieving an Open Defecation Free State in the nearest possible through the provision of basic infrastructures across the state.
The DG made the disclosure at the conference hall of the National Orientation Agency, Calabar during the flag of ceremony of the one day sensitization and capacity building exercise for Community Mobilization Officers towards Achieving an open defecation free status.
Dr Ekpenyong pointed out that, achieving maximum results in areas related to Water, Sanitation and Hygiene could drastically reduce cases like diahorea, cholera and other common diseases which accounts for more than half of clinical cases in health Facilities.
Dr Ekpenyong further stated that deliberate measures are being put in place by the state government in actualizing an open defecation free state which include, construction of toilets in rural Communities, sinking of boreholes, sensitization and awareness creation on the importance of maintaining good and personal hygiene.
“For us in the Primary Healthcare Agency, we are committed to achieving a healthy society and that is why we try to incorporate Water , Sanitation and Hygiene (WASH) messages in our routine outreaches in Communities.
The state Governor, Senator Ben Ayade has shown commitment to end open defecation in both rural and urban Communities by sinking boreholes, improving on infrastructures as well as creating an enabling environment for WASH actions to be implemented. 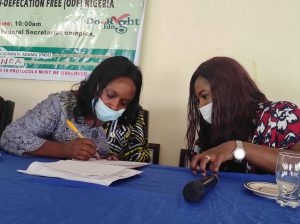 We are keen to putting an end to open defecation because it results to more than half of all the clinical cases attended to in health Facilities, that is why we urge people to always wash their hands with soap under running water, maintain personal and environmental hygiene.
In his opening remarks, the Director General of the National Orientation Agency, Dr Garba Abari
stated that all hands must be on deck to ensure that Nigeria obtain an  Open Defecation Free Status by 2025 with aggressive sensitization in the grassroot .
The DG who spoke through the Cross River State Director Mr Amissine Ogban  expressed his displeasure with Cross River’s progress in getting more LGAs certified ODF after making history as the first state with an open defecation free Local Government Area in the country.
He said so far, 57 Local Government Areas in the Country have been certified Open defecation free with Cross River accounting for 6, a move which necessitated the launch of the “Operation Keep Nigeria Clean” campaign.
He charged the Community Mobilization Officers to continue to raise awareness and teach residents the importance of actualizing an open Defecation free status.
Also the representative of the Honourable Minister for water resources, reiterated the Honourable Minister’s commitment to support the state and the nation to achieve open Defecation free status .
Other speakers include representative of UNICEF,  amongst  others.
The six Open Defecation Free Local Government Areas in Cross River State include , Obanliku, Bekwarra, Boki, Yakurr, Ikom and Yala.

Wed May 5 , 2021
Share This By: Simon Ushie. The Cross River State Government in collaboration with the Apostolic Church of Nigeria, have commissioned a newly built Primary Healthcare Centre in Essien street , Calabar South Local Government Area to meet the health needs of the people. Performing the exercise, the Director General of […] 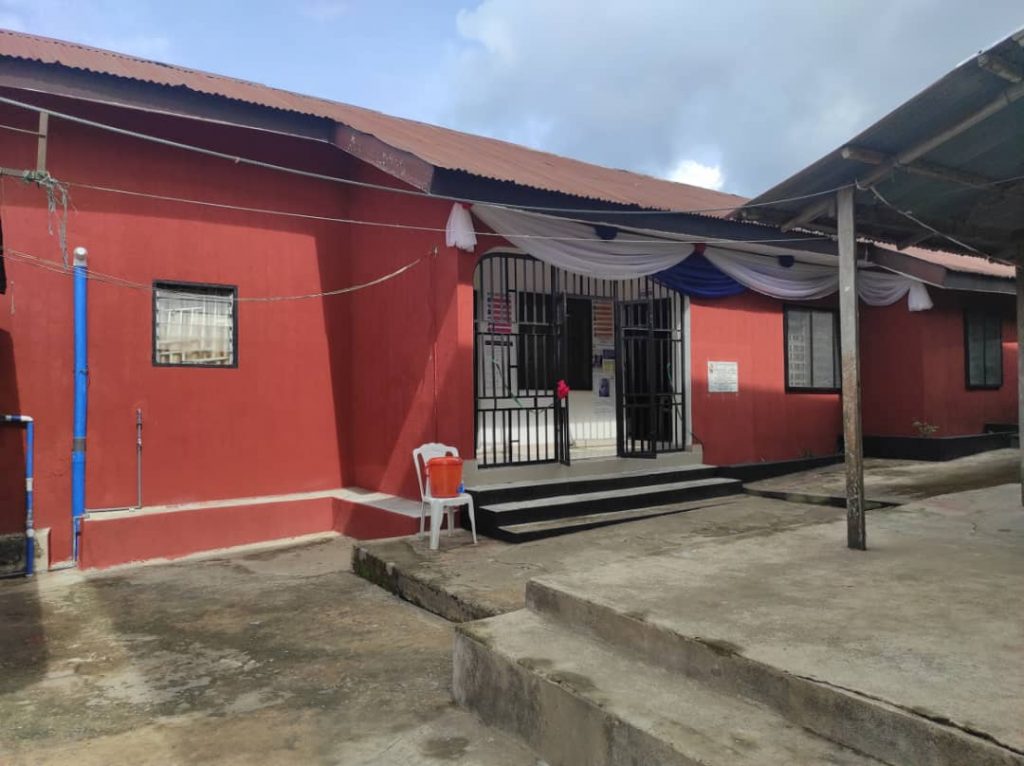