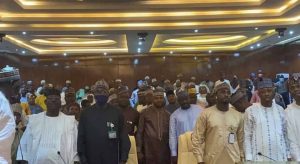 Gov. Tambuwal who led the PDP governors of Rivers, Taraba, Bauchi, Adamawa and Oyo to commiserate with the government and people of Zamfara state over the recent fire incident that gutted the state capital’s market, appealed to leaders in the country not to take advantage of misfortune to play politics.

Announcing the donation of N100 million to the victims of the inferno in Gusau, the capital of Zamfara State, Tambuwal asked: Where were some of these visitors when all that has been happening to the people of Zamfara? 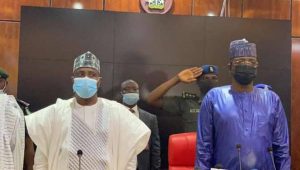 “No life was lost during the inferno. How many lives were lost from the time when APC was in charge of this Government House till now? How many of them came here to commiserate with my people of Zamfara State even those of us who are neighbors?,” he further asked.

Lamenting the ‘shackling’ poverty level and the bogus fight against corruption by “the APC government of the Federal Government,” he regretted that “we are busy playing politics.”

“That is wrong. We must not take advantage of misfortunes to come and play politics,” he stated, emphasizing that: “We the Governors’ of PDP, this is our home. We are not visitors. No visitor can come and surplant us here. We have come home and I will take off my mask so that you can see me well, not as visitors but owners of this home, to commiserate with our own people that have been affected by this inferno.” 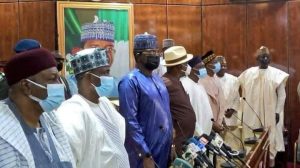 “So, I appeal that as leaders we must demarcate between politics and leadership; and when it is time for us to come together, to work together, irrespective of party, to save our people from the excruciating level of insecurity, particularly in Zamfara State; and even in Katsina State,” he noted.

“You know me. Can I be intimidated… Not by any federal might. And, you know it, because we believe in God. No fly zone. Fly in, fly out will not take power,” he further affirmed.

“When people fail they don’t talk about their failure. Our Chairman may not have nailed it directly. I will say it directly. A party came and told Nigerians that you should vote for them. And, that party is APC. Is it not?,” Wike asked.

Chastising the ruling party for being unable to checkmate insecurity, reduce poverty, create employment opportunities for citizens and failing to stabilize the free fall if foreign exchange in the country, Wike said it is busy moving around the country ‘poaching’ people.

“You can imagine the insult. A party in Federal Government that declared Zamfara a ‘no fly zone.’ The same party is coming to woo you to join them. I don’t understand this. You caused crisis in a state and you come back to come and woo, which means you the one causing crisis. If you go, they will now say you can fly. The people of Zamfara, shine your eyes,” Gov. Wike stated.

Responding, Gov. Mutawalle thanked the forum for the timely visit and the support to the victims of the fire incident, stressing that he is still a member of the PDP.

Sun Apr 11 , 2021
Share This By: Admin.  “My loyalty is to Sen Prof Ben Ayade and the Development of Cross River State; am committed to improving the health sector,” Dr Betta Edu. The Cross River State Chapter Chairmen’s Forum led by their chairman Hon. Kingsley Ntui of Etung LGA paid the honorable commissioner […] 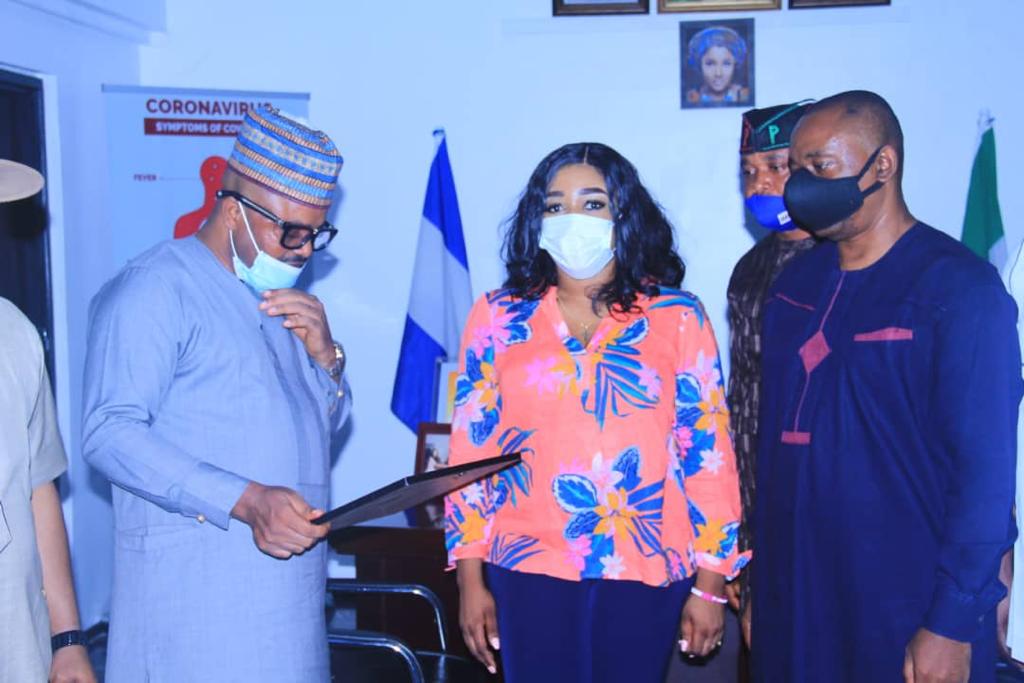